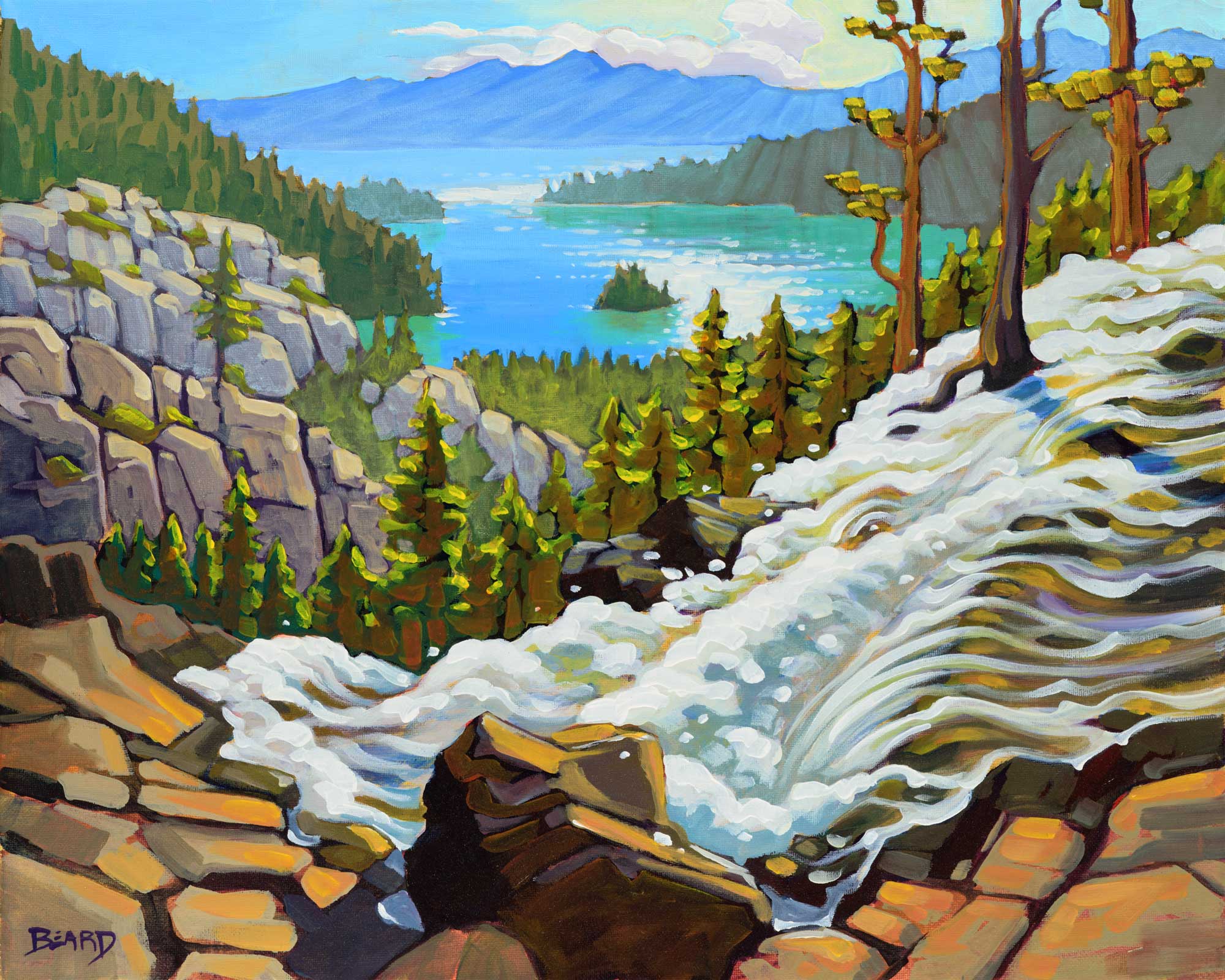 How’s that cryptic title? Don’t worry I’m not starting some sort of religious new age cult or anything. I just have a tradition with my coastal paintings of not naming locations in the titles, but often providing obscure wordplay cues to the locations. I do this partly because as a surfer, no matter how much the internet gives all of our secrets to the masses, it is still taboo to name many of the places I paint in public forums such as this. The other reason is that I still need to be able to recall which painting someone is asking about when they inquire about a piece by it’s title and if I have dozens of paintings called “Afternoon Light on the Coast” well that won’t really help much will it? The wordplay references just serve to jog my memory as to which is what when I need to recall them later.

What’s all that got to do with this title?Well, perhaps it was just the overwhelming beauty of the place that gave a feeling of heaven on earth here, or maybe it was the elevation- being over a mile high in the sky. But either way as I named these pieces a somewhat biblical​ theme emerged. This is one of the most iconic bay views in all of Tahoe, sharing its name with the precious stone listed as the fourth stone in the foundation of the New Heaven in the Book of Revelation. Cryptic? Yes, but it serves its purpose all the same.

Sidenote: If I were to die today, I’d far rather go out with this view in my mind than the stone it’s named after in my hand. No doubt about that.

It should also be noted if we’re going to speak of nearness to heaven that this is the only painting of my trip that had water from the skies fall upon it while painting. The big round dollops fell steadily, but sparsely for only a few minutes, making only the subtlest of splashes and drips in the underpaint stage. But it was dicey for a minute there.