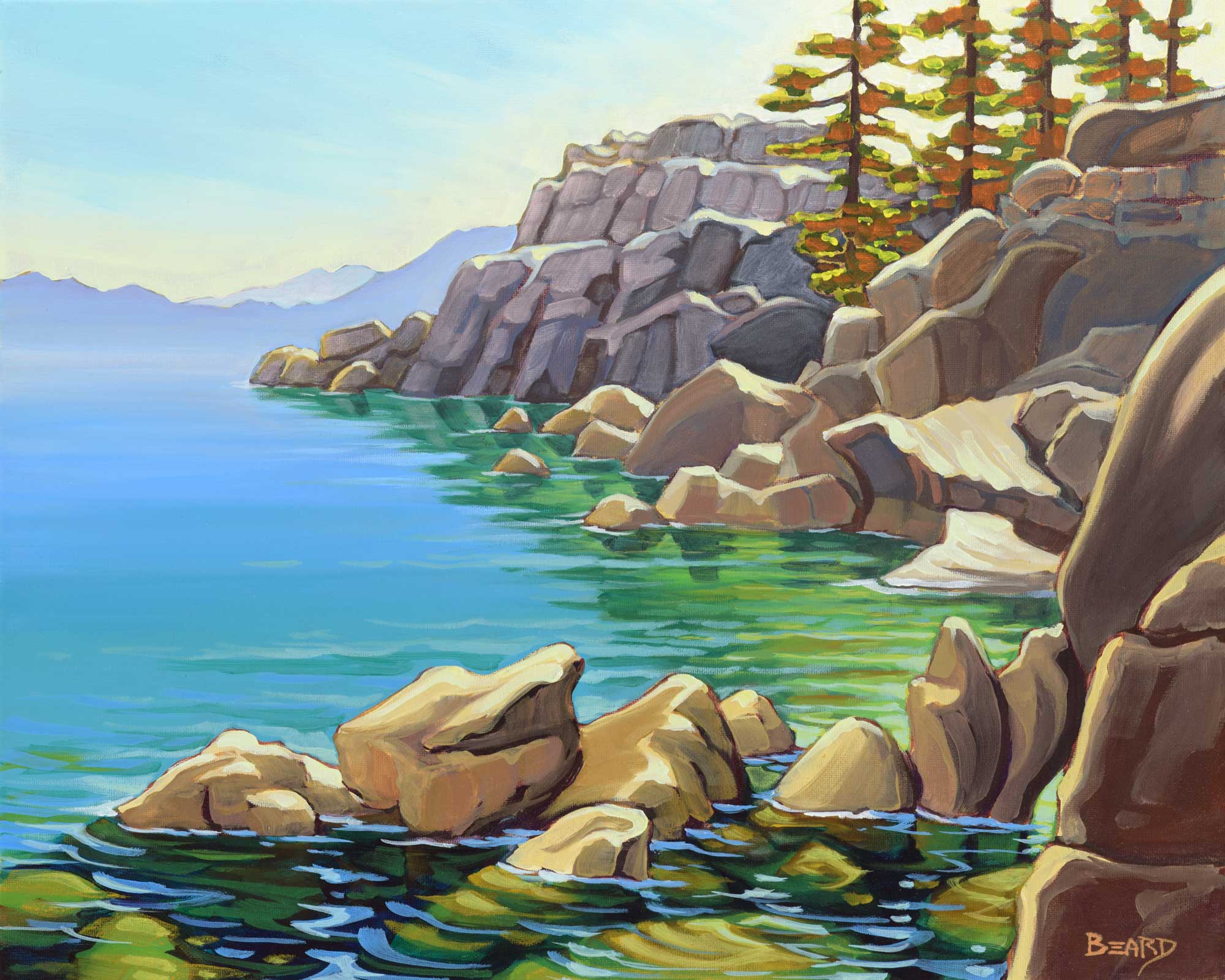 I’d tried to get to this place, Rubicon point, located in D.L. Bliss State Park for two days in a row only to be denied by a full parking lot. On the first day, I was with my whole family and we looked at a map and decided to walk in on the Rubicon Trail. My six year old is a bundle of energy when she wants to be. When she’s walking uphill in the heat of a Tahoe summer day, well, that’s just not really her thing. We climbed the trail higher and higher, (odd because we were trying to get down to the water, not up) until we finally reached what seemed to be the peak, and then continued down the trail for a fair bit as well. My wife came around a bend with a view and saw just how far we still had to descend to the water (and hence climb back out later with our youngest melting into a puddle of hot complaints) and she wisely made the call. We would go no further. We would turn back, and I’d have to try again another day.

As for painting this one when I finally made it here, this is the only piece of the trip that had that feeling of ease about it while working. The water and rocks before me were just so perfect and defined that it had that feeling that it was ready to paint itself if I could just get out of the way.

Later when I went to title the piece I was thinking of a variation on the word bliss, but it felt so obvious that I just wasn’t ready to roll with it too easily. I figured I’d look up the word Rubicon and see what came of it and learned of the phrase “crossing the Rubicon” to be synonymous with passing a point of no return, named so after Julias Caesar crossing the river Rubicon in Rome with his troops which was an irrevocable declaration of civil war against Rome itself. If he’d had my wife along for counsel, oh how the world as we know it would be a different place today. Ever thankful to her wisdom that we avoided our own civil war that day and chose to live in peace instead.