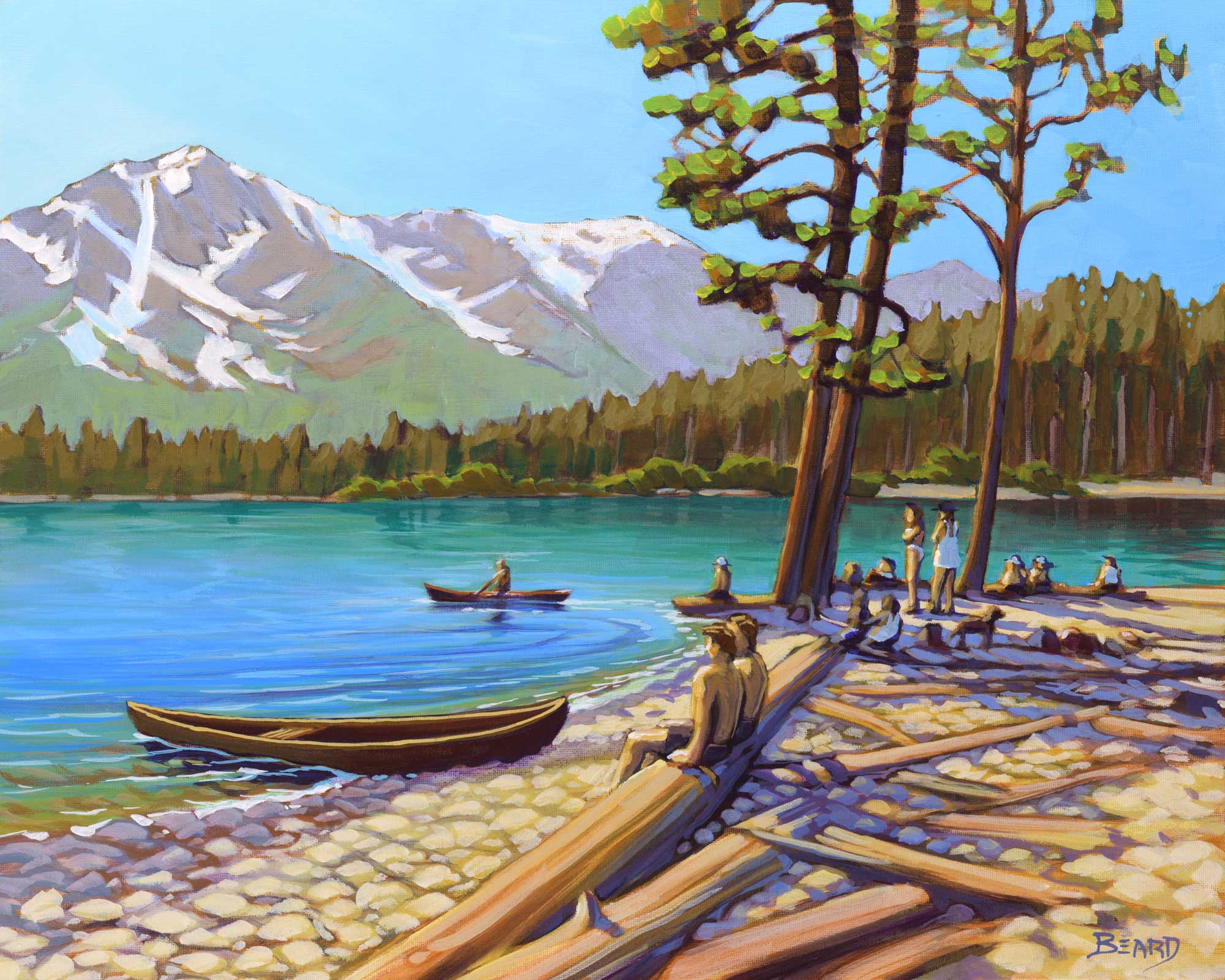 Just after I had things blocked in on this one with a crisp afternoon light, a thunderhead developed to the south and within minutes the whole sky went gray. Had to make a choice, follow the changing conditions, or just wing it and make stuff up. Sometimes clouds bring out colors that sunlight washes out in the landscape. I wasn’t feeling it this time, so this became effectively a studio piece painted on location*, but no longer referencing much of the scene before me other than it’s most basic architecture, just operating on memory and instinct.

This is also the only piece from the trip that includes any human figures. It’s not that I intentionally avoid figures, I just don’t focus on them much. In this case, it was their interaction with the lake that carried the whole story here so there you have it. Humanity introduced in a pristine setting. Eden revisited.