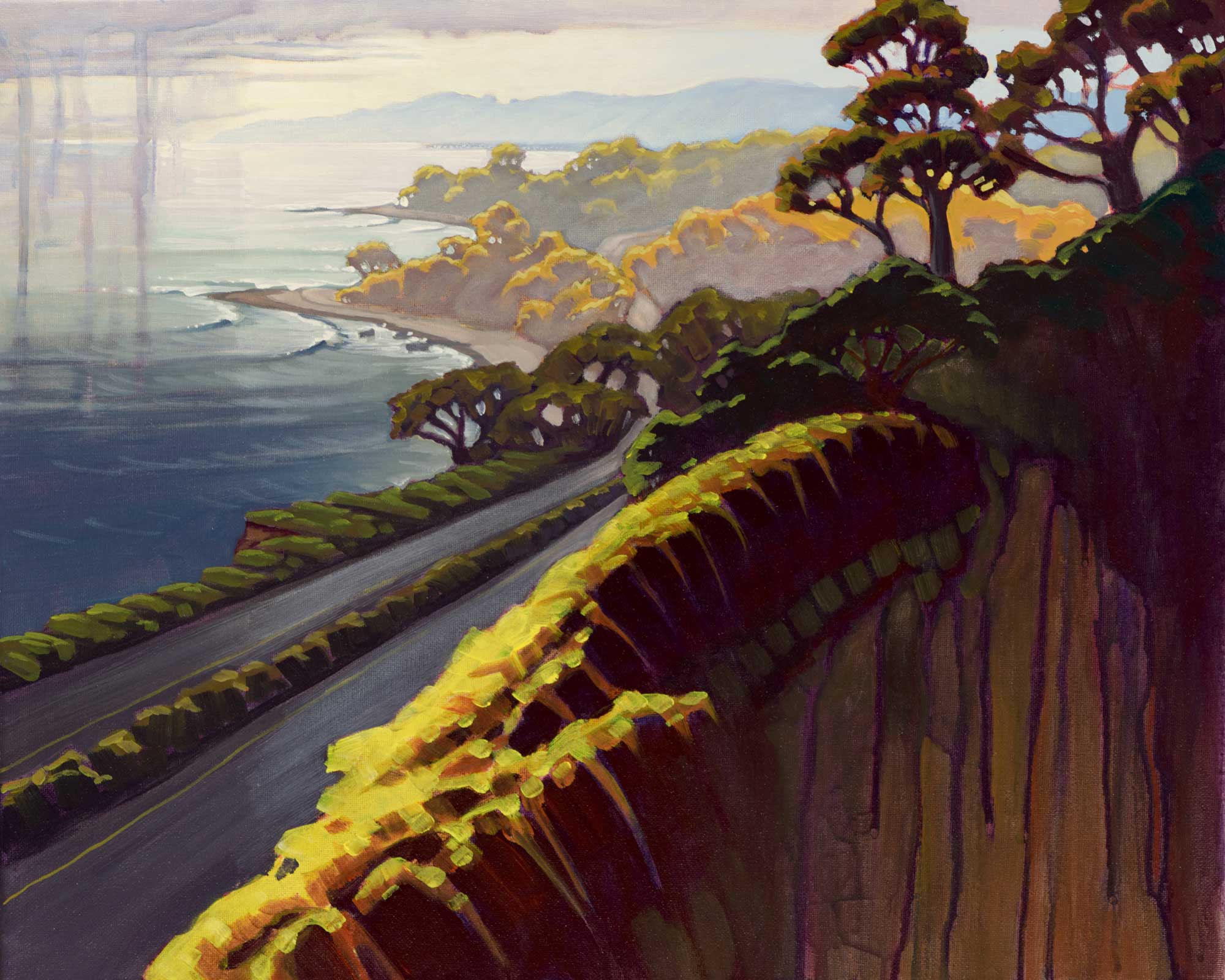 A further experiment in letting the paint run and not developing every part of a painting equally. In this case the showers in the distance were rendered by the unpredictable drips and runs of thin paint washes, with a bit of occasional help from the rain itself. With the exception of the yellow bloom in the foreground, I didn’t want to focus at all on the ground where I stood, and chose instead to put all the attention on the succession of points receding into the distance. An iconic view for those who know this coast. But most know it as a sunnier place. I was here painting in late may, almost summer, but the weather was decidedly winter. What could I do but embrace it?