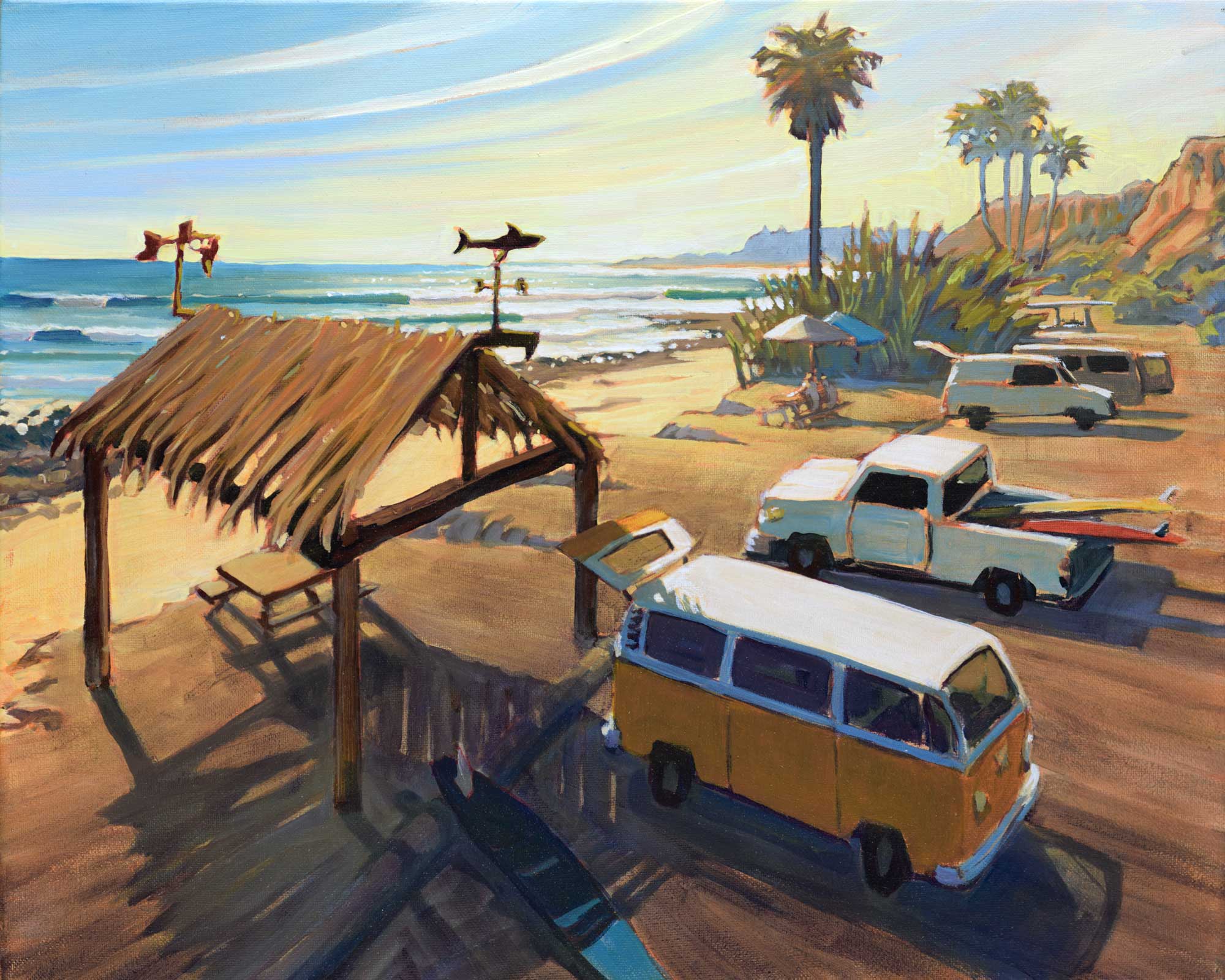 That title takes on a whole different flavor right now. At the time the world was buzzing away at top speed, except on a bad-surf day on the Southern California coast.

I had painted this scene a few days before (minus the VW), but I wasn’t happy with it, so I returned see a better sampling of local vehicular wildlife. Unfortunately on the day I returned it was so empty I had to wonder if I had missed a memo about a nuclear meltdown underway. But it was nothing like that, it was just a quiet Tuesday afternoon in May.

Everyone must have been busy keeping up with the hectic pace of their modern lives. Or maybe they just looked at the webcams streaming into their living room to tell them there was no waves, and just one van with a bearded dork sitting around on top of it scratching his head and drinking beer- sometimes at the same time even. No matter what the cause though, the effect was that there was no cars to paint at all. So I did the next best thing and painted my dad’s 76′ VW from memory.

I grew up in that van. I was one year old when he got it, and he’s kept it all these years in great condition. My wife and I drove from Long Beach, California to Long Beach, Canada and back in that van on our honeymoon. We lived in for nearly three months. I figured I could bluff a sloppy rendition of it just about as well as I could attempt to accurately paint something else if it had pulled into the lot. I took my time and enjoyed myself, reveling in the hectic pace of my modern life.

Also stoked about my van’s roof platform. Pretty fun to return to a very familiar scene but get to paint a bird’s eye view of it in plein air…

But now our modern lives ground to a halt.

I miss the old days, driving around the state’s coast, staying off the radar as much as possible, avoiding friends and family to focus on painting. What I wouldn’t give to roam freely and avoid you guys right now without this awkward distance being forced upon us. But what I miss more than avoiding you guys, is sharing beers and laughs with you when my avoidance tactics proved unsuccessful. I love you all. Stay safe!