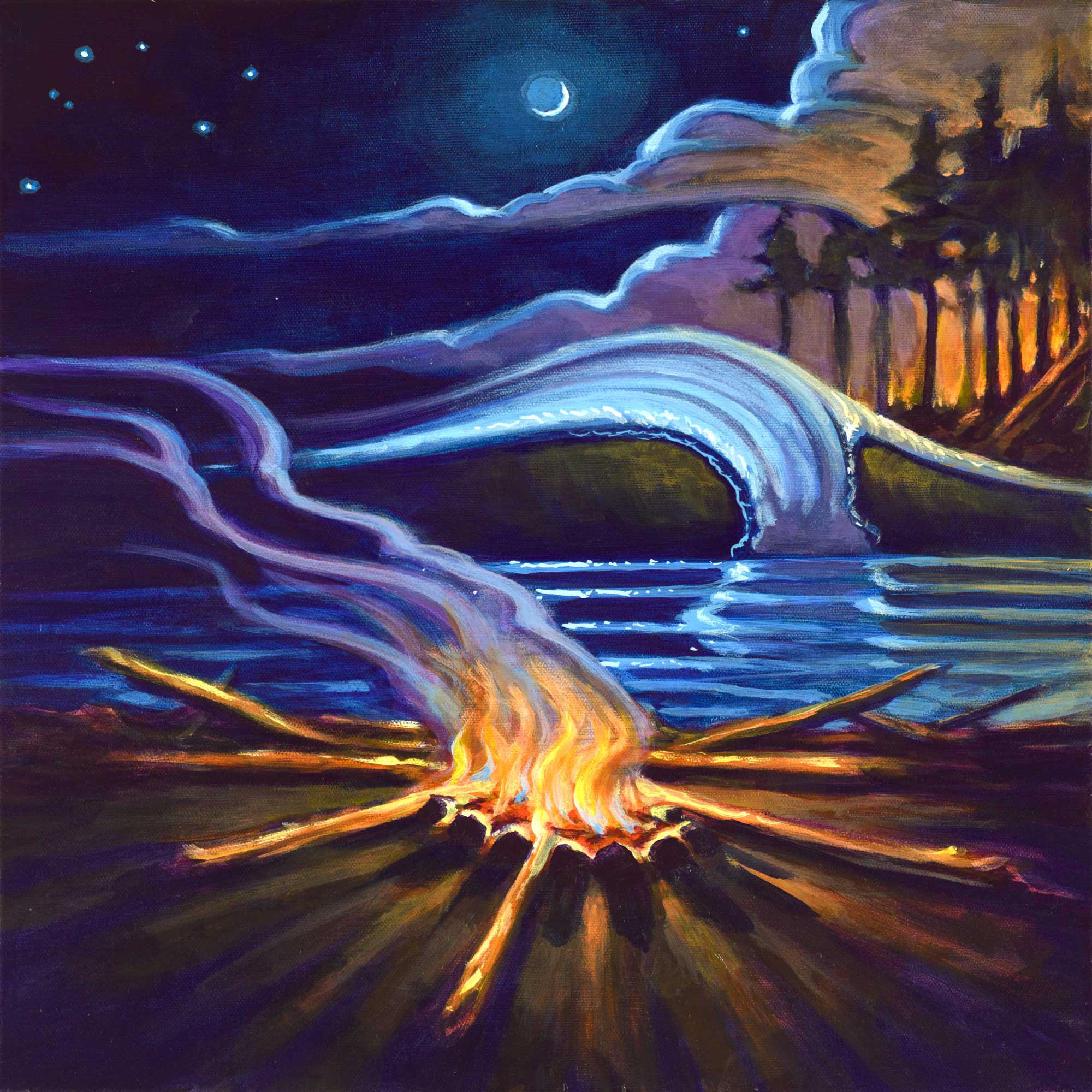 This wasn’t my first time painting live with Luca. Last September I found myself at a beach party in Italy where Luca was playing. (And that’s a whole other story for another time, but for anyone that knows me, you know it takes a minor miracle to get me away from the California coast… ) Anyway, Italian artist Vincenzo Ganadu was at this raging beach party and was kind enough to share a canvas with me and we went to town in a frantic stoke-fueled collaboration while Luca and his band belted out tunes. Neither of us spoke much of the other’s language, but thankfully art and music is a universal language. The Italian surf community welcomed me into their world with open arms. It was clear that as a culture they held a deep appreciation of art and beauty and life. ⠀
⠀
I was inspired to dig a little deeper into some Italian inspiration before painting this one with Luca and I was drawn to the Canticle of the Sun, a poem by St. Francis of Assisi, where he speaks of the sun and the wind and fire as brothers, the moon and the water as sisters. It is a beautiful piece of praise to God that invites us to a deeper connection with the natural world that shapes and sustains us. The idea of fire itself as a brother was intriguing to me- as catastrophic as it is when it devours all in its path, fire is also an essential part of our humanity. It protects us from the cold. It transforms raw ingredients into satisfying meals. It powers the forges that shapes our tools with which we build the world. It illuminates the darkest night. Without it we’d be cold and hungry, stumbling in the dark. ⠀
⠀
These were my thoughts back in May, hoping to find some beauty in the hardships we all are facing. Back then, though, California was not on fire. Now we’re still locked down with the pandemic and choking in smoke and people we know are losing homes, livelihoods and some of them even their lives. This is a terrible time to live through. I started these fire paintings as a metaphorical series, but with actual fires raging now… I think I might go paint some rain instead.