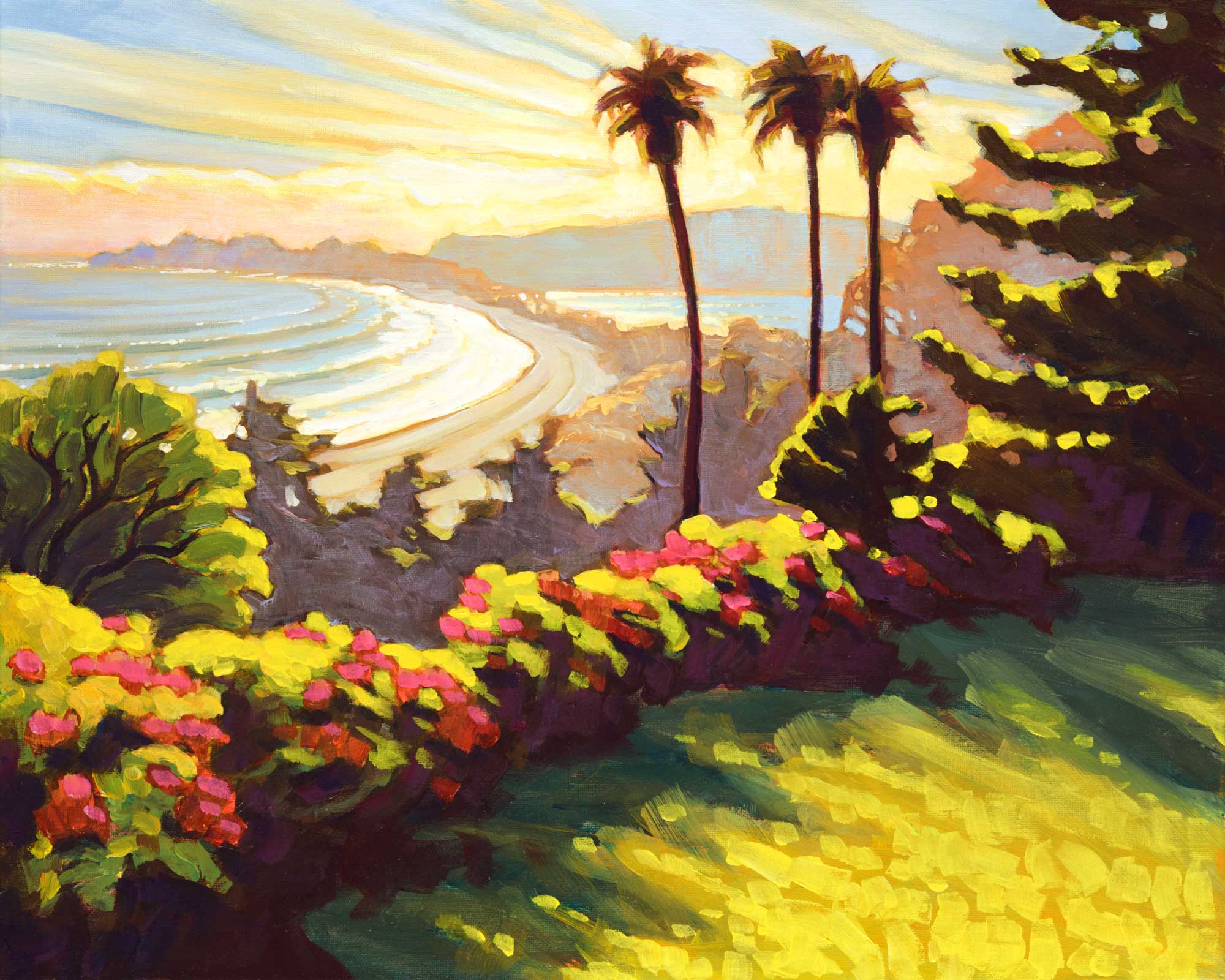 May. 2020. Arriving late in the day. The winding road to the coast dipped at turns and barreled straight through the blinding sun around each bend- a supercharged conduit for heavy traffic heading both ways in a rush toward whatever version of “stay-at-home” they were playing today.
A motorcyclist behind my van wasn’t having it. He made his move and flew past me and the little hatchback in front of me. I wondered what he was in such a rush for. I wondered what everyone else was so eager for as well. I knew I was hoping to reach the coast with enough time to get a painting done before ending this long drive of a day. I figured if I had my reason, everyone else had theirs too, I just wished they’d be a little less crazy about it on this dangerous road at this dangerous hour of the day.Not even two bends of the road later I had to brake hard to avoid slamming into the hatchback, now at a dead stop in the road. Bits of broken plastic and glass, a twisted strip of metal, and an empty helmet laying on the shoulder told me what I didn’t want to know. As the scene came into focus I saw him up on his feet, trying to shake it off. He looked like he’d be fine, unlike his bike, or his plans for the day. Some quick thinking motorists were already out of their cars, waiving me by, directing the traffic that was already backed up as far as the eye could see behind us.I would paint today, just happy to be alive.I was on my way home from southern California helping my family take care of my dad after some very close calls with his health, and was finally heading home, just stopping here mid-way to paint a piece for a couple that was married on the grounds of this property overlooking this arc of beach, now wreathed in gold in the setting sun.I’d finish this painting, and drink beers, and sing old Neil Young songs to myself while cooking up a roadside pot of ground beef and beans and get myself feeling sick as a dog in a rolling kennel before the night was over, living like a king, with a different sort of crown, made entirely of Still-Not-Dead-Yet.Life is good.