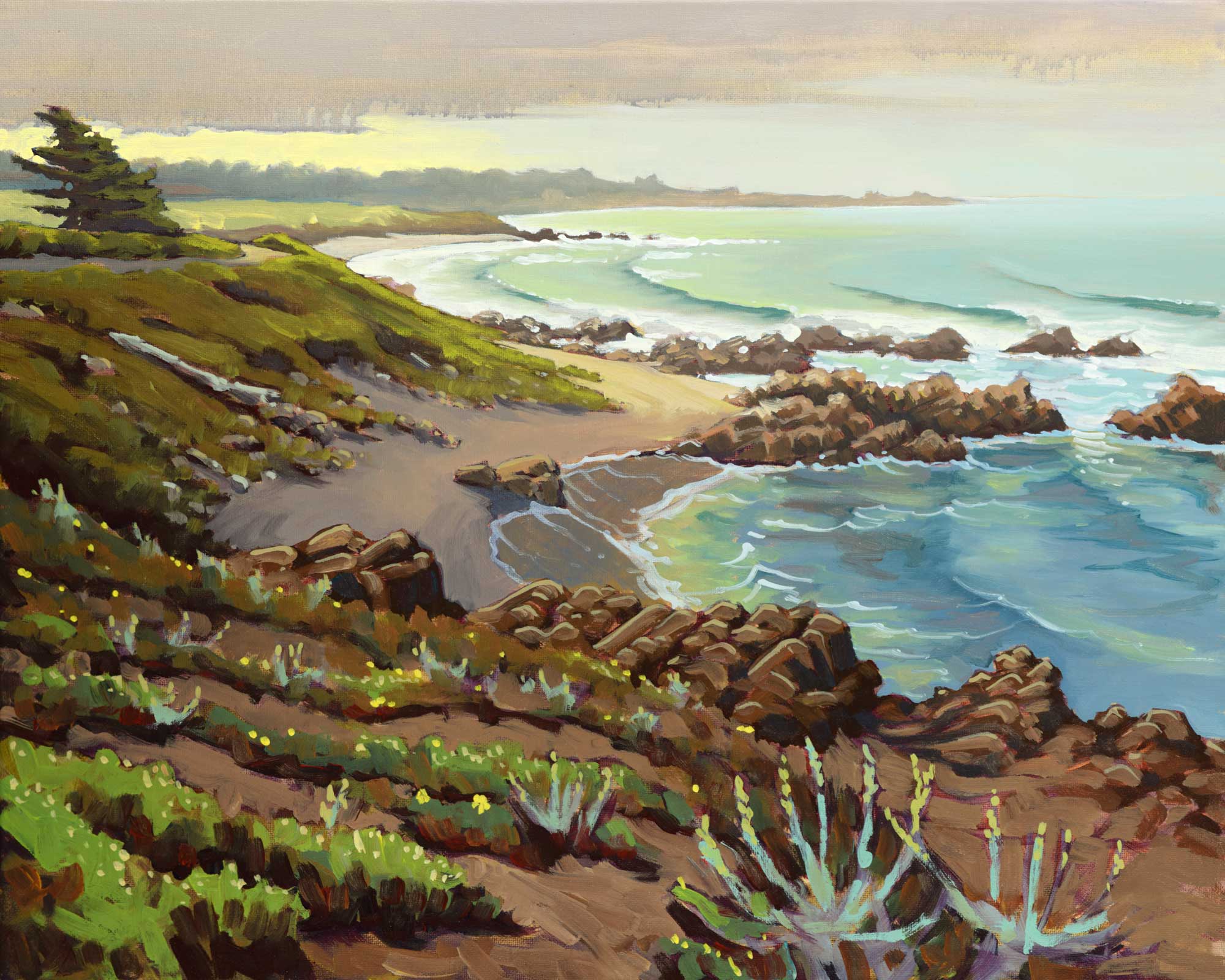 I enjoyed this moody midday painting. Sometimes I go to a place hunting bluebirds and sunshine. In this case all I found was clouds and crows. For real. A friend that lives nearby showed up midway through the painting with some amazing deli sandwiches which we shared by his van up on the road. Halfway through we looked down to my easel and a crow had landed on my palette and was just standing there staring at the painting- which contained no shiny objects, or food- so nothing came of it. But it’s those small moments that remind you that this isn’t your home studio. Well except the time the neighbor’s chicken wandered in, that was kind of similar. But mostly birds don’t generally get too involved in my art world. After the crow took his turn, I returned to finish this one beneath the marine layer that kept threatening retreat, but never quite mustered it. I’d left the sky pretty raw, just my typical underpaint of thin washes, as I waited for the sky to figure itself out. By the time I realized these clouds were here to stay, those faded dripping clouds that were painted with zero intention actually seemed perfect for the piece, so I left them as they were. I know this is all pretty uninteresting for a backstory. I blame the bird. He had every opportunity to make something happen but he didn’t do anything at all. No crowfeet in the palette, no beak scratches on the painting. Nothing. It just stood there until it was done and left. Apologies.