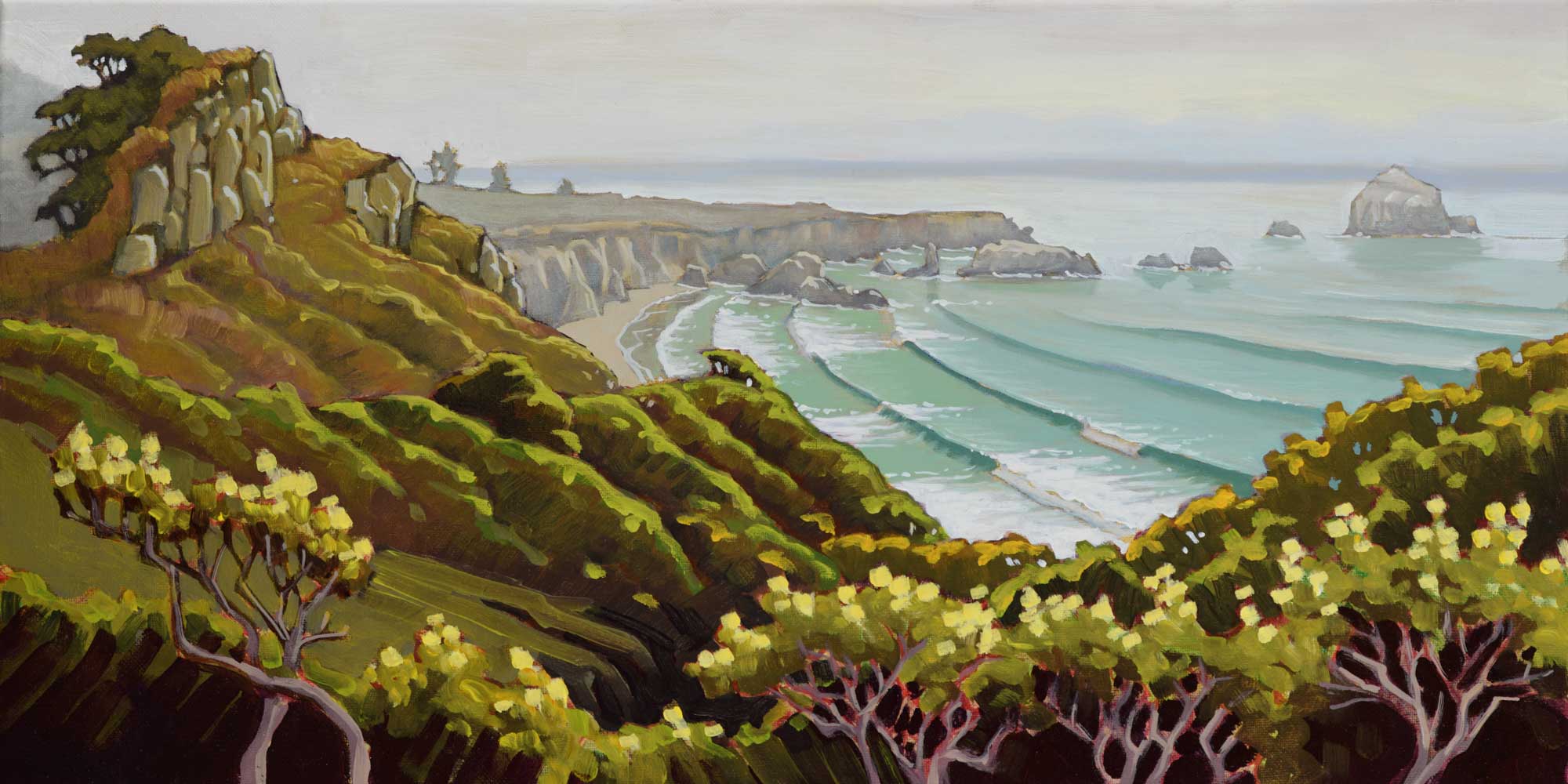 Like most surfers who’ve visited the area, I’ve collected some great memories of this place over the years. I’d wondered about painting this rock outcropping overlooking the beach for a long time. The last time I tromped around it there was quite a few years back and there was no trail that I can recall, just a lot of bushwhacking though blackberry bramble and poison oak. Now there’s a trail that goes right up to it and I’ve got mixed feelings about that, but that’s a whole other story…

When I was nearing completion on this one a group of 4 guys, maybe just out of college, walk up and see me painting. They all have their phones out to take photos of the scene, taking turns walking up and shooting from right beside me, as if I was in the only designated photo-taking area. I thought it was odd, but people can be odd so I didn’t think much about it. But then they turn to leave and one of them walks back over to chat. He seemed friendly, and I thought it would be a typical out-in-the-field conversation- (How long you been painting? Is this your hobby? Do you sell these? Etc) But no. He explains that he went to design school himself and seeing me paint reminds him of a cartoon his professor showed his class in which a photographer walked up to a painter at work and held up his camera, aiming it in the direction of the artist’s subject (at the same time this kid held his cell phone up and pointed its camera at the scene I was painting) and pressed “click” (at which point he took a photo) and turned to the painter and said “Done.” As he said the word “done” with a smug satisfaction he turned and walked away in a mic drop sorta way.

I hope his design school didn’t put him in too much debt because clearly he still has a lot of learning left ahead of him. I’m hoping the best for him though. When the light bulb finally goes off he’ll probably end up becoming a serious art collector, or maybe even an artist himself. I hope he reads this and I can meet him again on the flipside of that equation. We can laugh about that cartoon together over cold beers. I’ll buy.