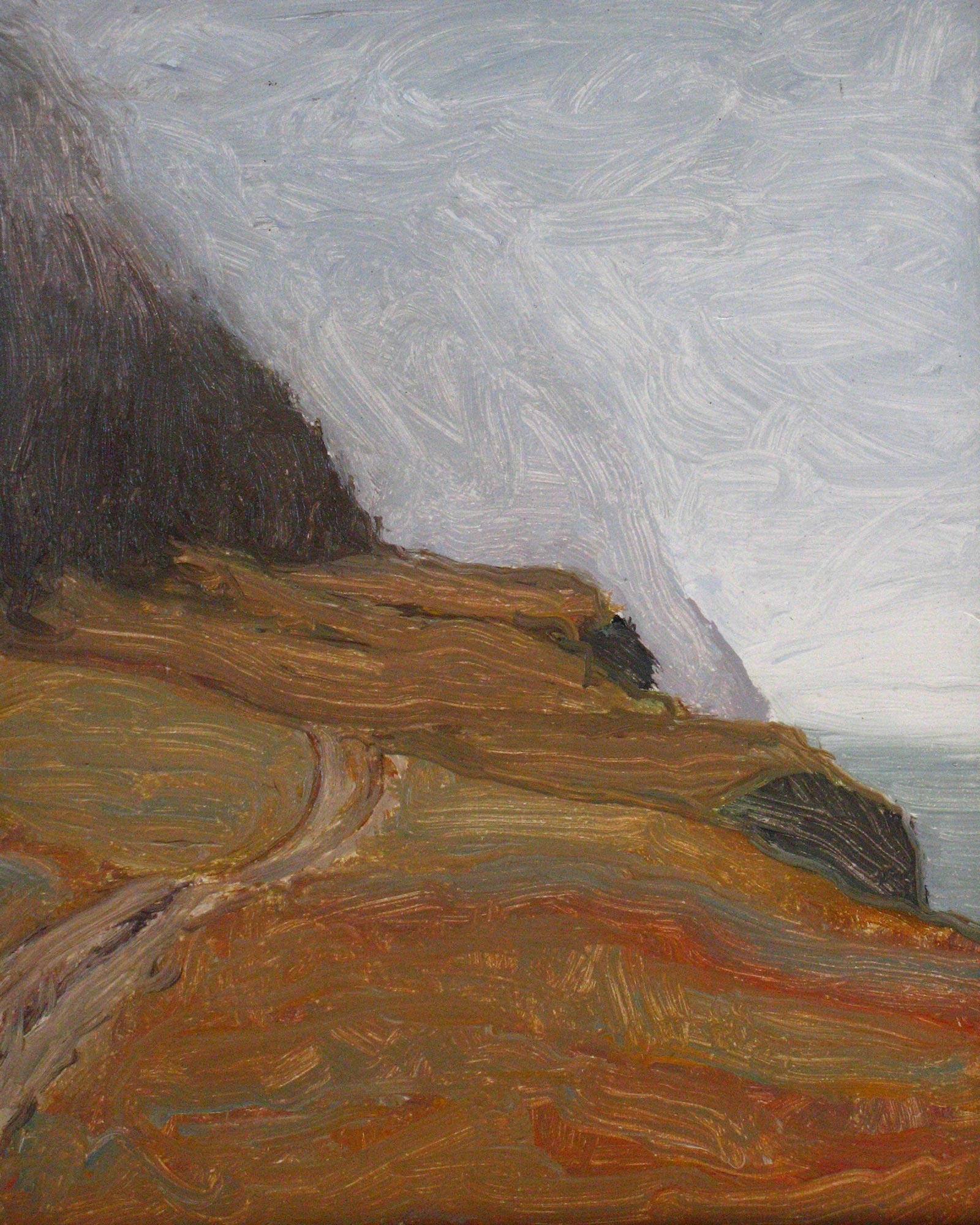 Trying to Paint in the Rain

After two straight days of rain and a not so inspiring view from inside the tent, I broke down and attempted to paint on this masonite panel even though it was still drizzling. Luckily it never became a downpour. The thought of painting in the rain has resonated with me ever since though…