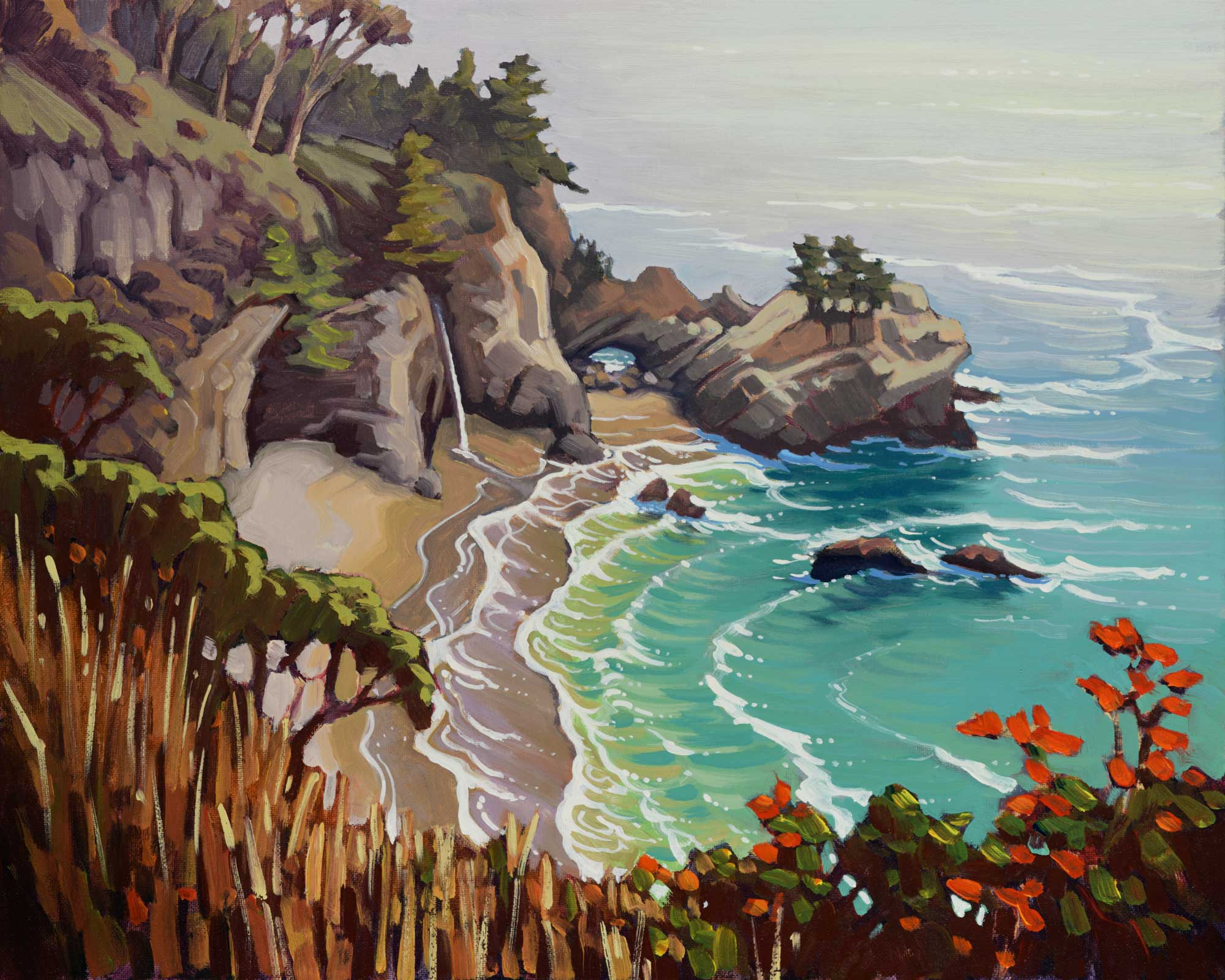 One of the most iconic waterfalls in all of California and one of only two year-round falls in the whole state that land on the beach. This one used to land in the water, but a landslide deposited so much sediment up the coast that the gradual drift of currents built this beach where none previously existed.

I’ve heard stories of repeated rescues of tourists who get the wild idea to climb down to the beach here get stuck on the cliff face halfway down and have to get lifted, dragged, or otherwise hauled out. I was cognizant of that as I edged around some fencing to a private perch of my own so as to paint this scene without interfering with anybody’s view.

During my short time there I saw repeated groups of tourists go half-stomping/half-sliding through the brush and poison oak down the hill in search of some better view to photograph (or more than likely just a better backdrop for their selfie). I often thought to say something about the oak, but then figured the deed was already done, why ruin their moment?

My first plan was to charge the trail up the hill behind this cove and seek a more elevated overview of the coast, but a low cloud cover prevented visibility and even threatened to descend while the overcast daylight was fading fast. I had to work a little more frantic than usual to make this one happen, but I’m glad I stopped and made the effort. Even on a gray day, the color of that water stops you in your tracks.