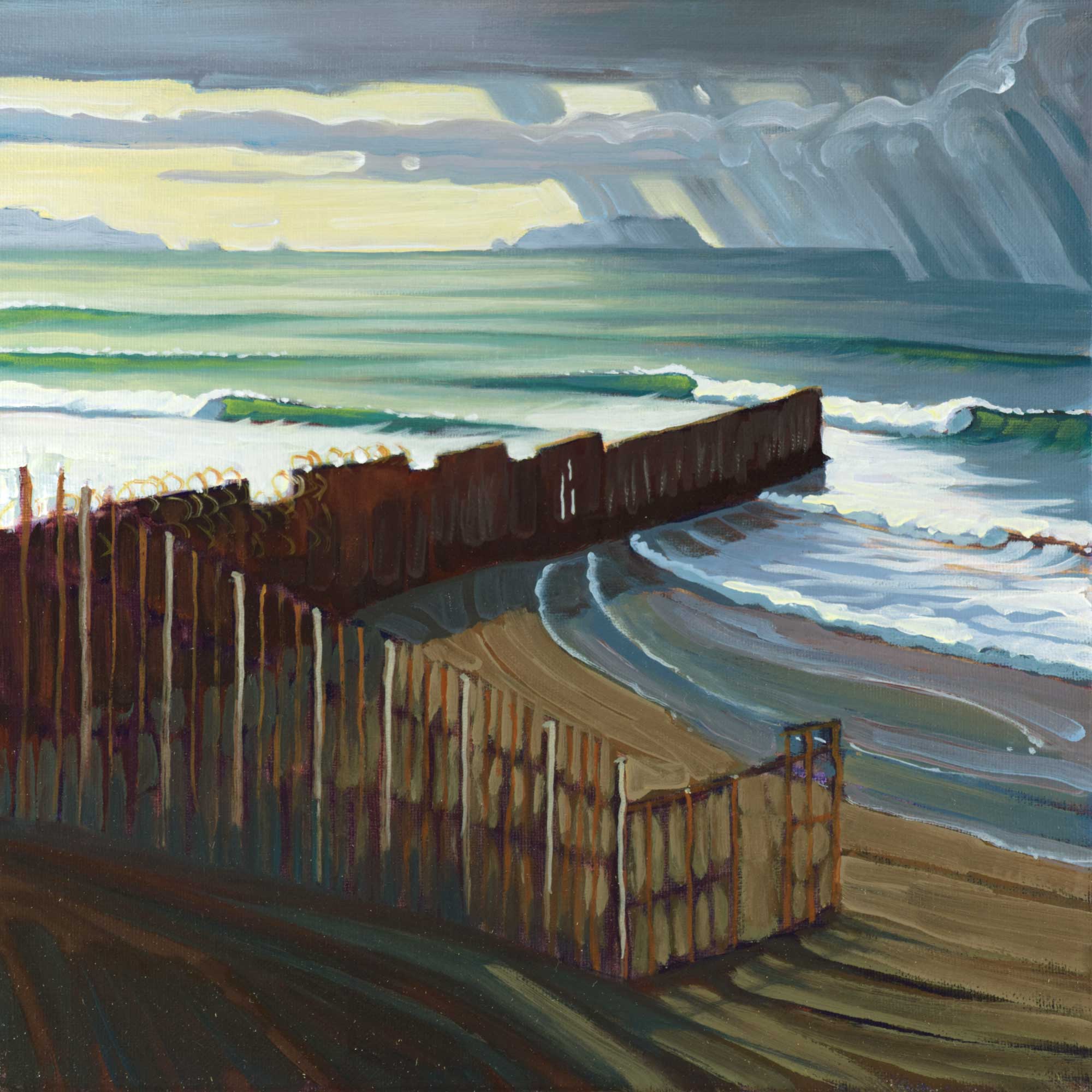 Due to late season rains, the road here was closed so I had to walk in the last 2 miles to the spot. After tromping off in the wrong direction and ending up at the border about a mile from the coast under the watch of border patrol agents and confronted by a myriad of signs saying I wasn’t supposed to take a step further- the area between these two fences where I thought I might walk down to the beach was a definite no-go zone, I tip toed back to the van and tried again.

I noticed a lot of folks heading down the paths that made their way to the beach. The smart ones on bikes. Whole families. Abandoned scooters. Dead birds. Nasturtiums in bloom. Humid rain falling lightly at times. Mosquitoes that meant business. It was quite a scene down there in those wetlands of the Tijuana river- and it was even more curious at the border fence itself.

On the other side was a carnival of color. Ice cream trucks. Cotton candy. Kites flying. Flags waving. A swirling mix of humanity. On this side was gray. Border patrol SUV’s with armed agents keeping watch. An additional fence effectively creating a no-go zone buffer about 100 feet wide. Surveillance cameras. Concrete and weeds. No ice cream.

And no judgment. I’m sure Mexico’s southern border is a place full of its own contrasts.

In hindsight I should have probably painted the rainbows bleeding through the gaps in the fence, but as usual, I was distracted by the ocean’s movement. Another time, I hope.

And that no-go zone between the two fences? There was one exception to that rule. Right on the bluff overlooking these waves there was one small area where visitors from the U.S. side were allowed to walk right up to the actual border fence. Only 10 or so at a time were allowed in, and they were watched closely at all times by a dedicated border patrol guard.

Here is the one place that families and friends separated by our southern border’s geopolitics can see one another and speak – not by letters, not by phone, not by email, not by FaceTime – but truly speak face to face.

No matter which side you’re on, this place is all about the Other Side.