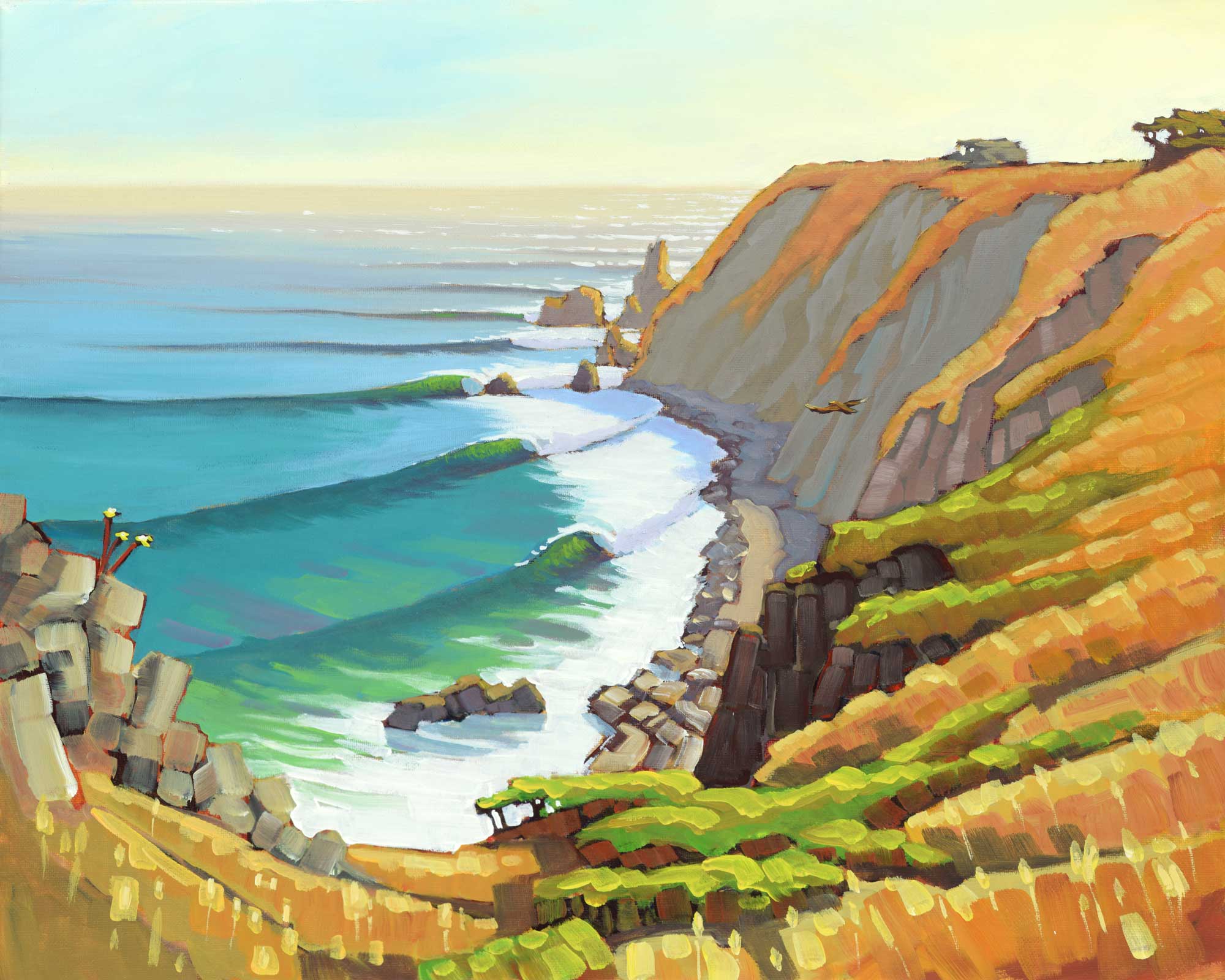 7th day on the road, 21st painting completed, 3rd one this day

Before that I was painting skulls and bones and waves, which rose out of my admiration for Rick Griffin (1944-1991) and his artwork. I learned of his art when he passed away and the Surfer Magazine ran a tribute to his life and art featuring his mindblowing works from the psychedelic era.

If I hadn’t started surfing after my big brother did 7 years earlier when I was 11 or so I wouldn’t have been reading Surfer at age 16 and likely not encountered Rick’s art in the same life-altering way.

In a similar vein, if my brother and I hadn’t been so keen to explore and surf the California coast from junior high onward, I wouldn’t have appreciated the California Impressionist’s work nearly as much when I encountered later, as it was my connection to the coast that was triggered by those paintings and made me want to explore that direction in my art as well.

So here I am today painting up and down the California coast, exploring, still hunting for waves I haven’t seen yet. Whispers here and there, accidental discoveries, pure curiousity, whatever leads around the next bend, it’s all fair game. I’d heard of this wave for years, but only recently learned it was one of Rick’s favorite waves to surf when he lived in the Bay area.

Standing over the cove, watching the windblown lines clean up around the rocky headland, it was a full circle moment thinking of the maker of so much influential art hooting and hollering on the waves below.

A hawk soared past as I painted, circling the cove repeatedly, at times hovering just to my right or left on the updraft before diving and riding the wind tunnels down and around the cliff faces below. I don’t normally add flying birds into paintings as they are so ephemeral to the landscape. This one seemed appropriate though so I snuck it in there.