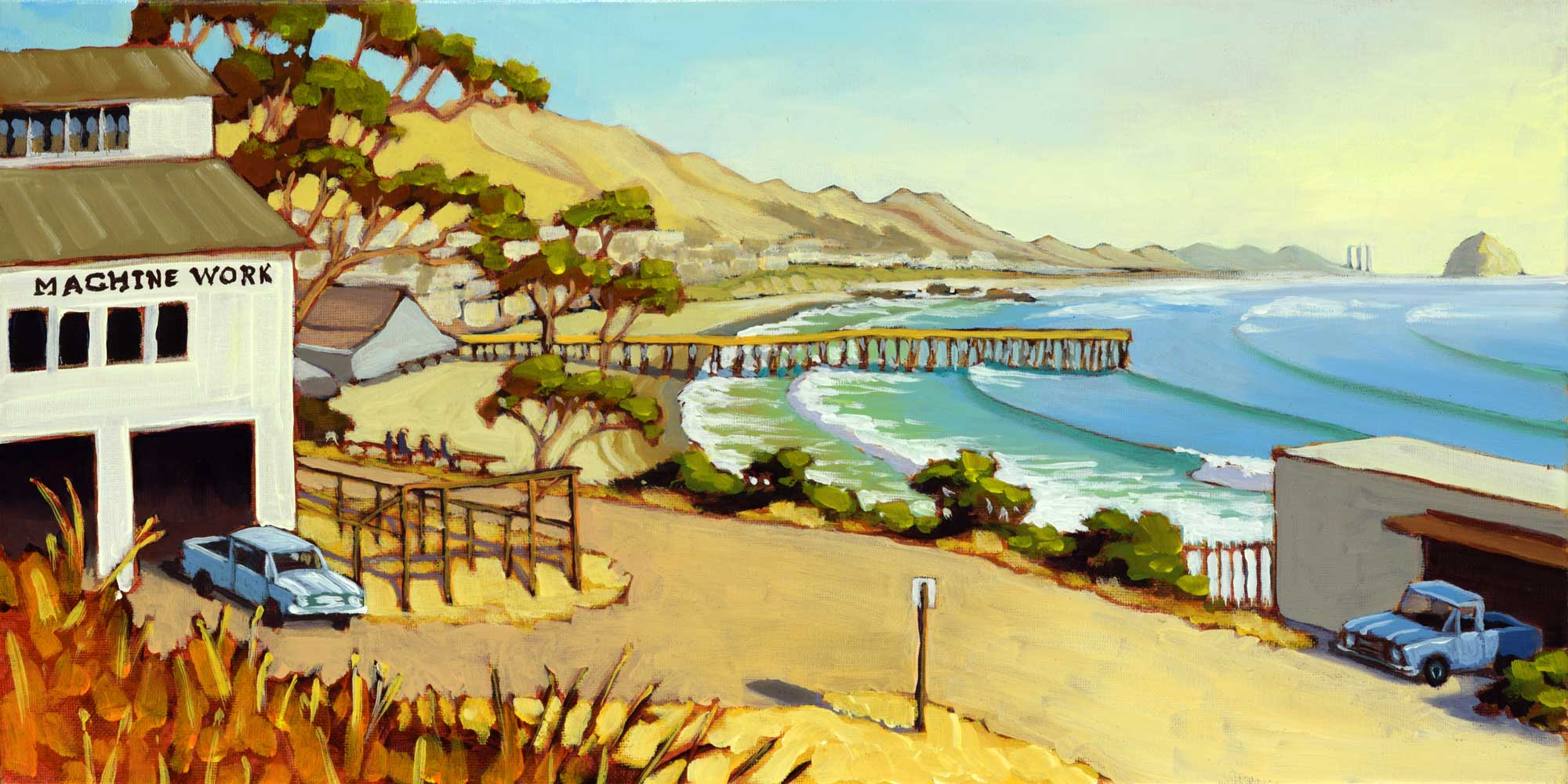 A bit of old California here. Not too many places are left like this along the coast. An old industrial building (built long before the man/nature dichotomy narrative had reached its current crescendo and even man’s industry was a thing to be celebrated as a wonder of nature itself) placed right above a small fishing pier on a pristine stretch of coast. It’s a wonder that it has survived all these years and hasn’t been replaced by an upscale restaurant, or hotel, or craft brewery, or all three.

I couldn’t help but wonder of the history of its survival, if its current existence has been won in a series of hard fought battles from preservation minded locals against outside monetary interests, or if it has just been simply overlooked in its quiet corner of the coast.

Sidenote: I was approached by the police yet again while painting this one. I was in the back of the van, doors open to the view. They pulled up slowly, just enough to see in the back, and they sat and watched for quite a while. I thought they might be curious about the painting, but they never got out, never said a word, and slowly backed up and left. I guess I wasn’t the one they were looking for that day. I know that wasn’t much of a story for you either, but I always get a kick out of the little events that unfold when painting out and about in public. I’ve never had a police officer approach and watch me while painting in my home studio.