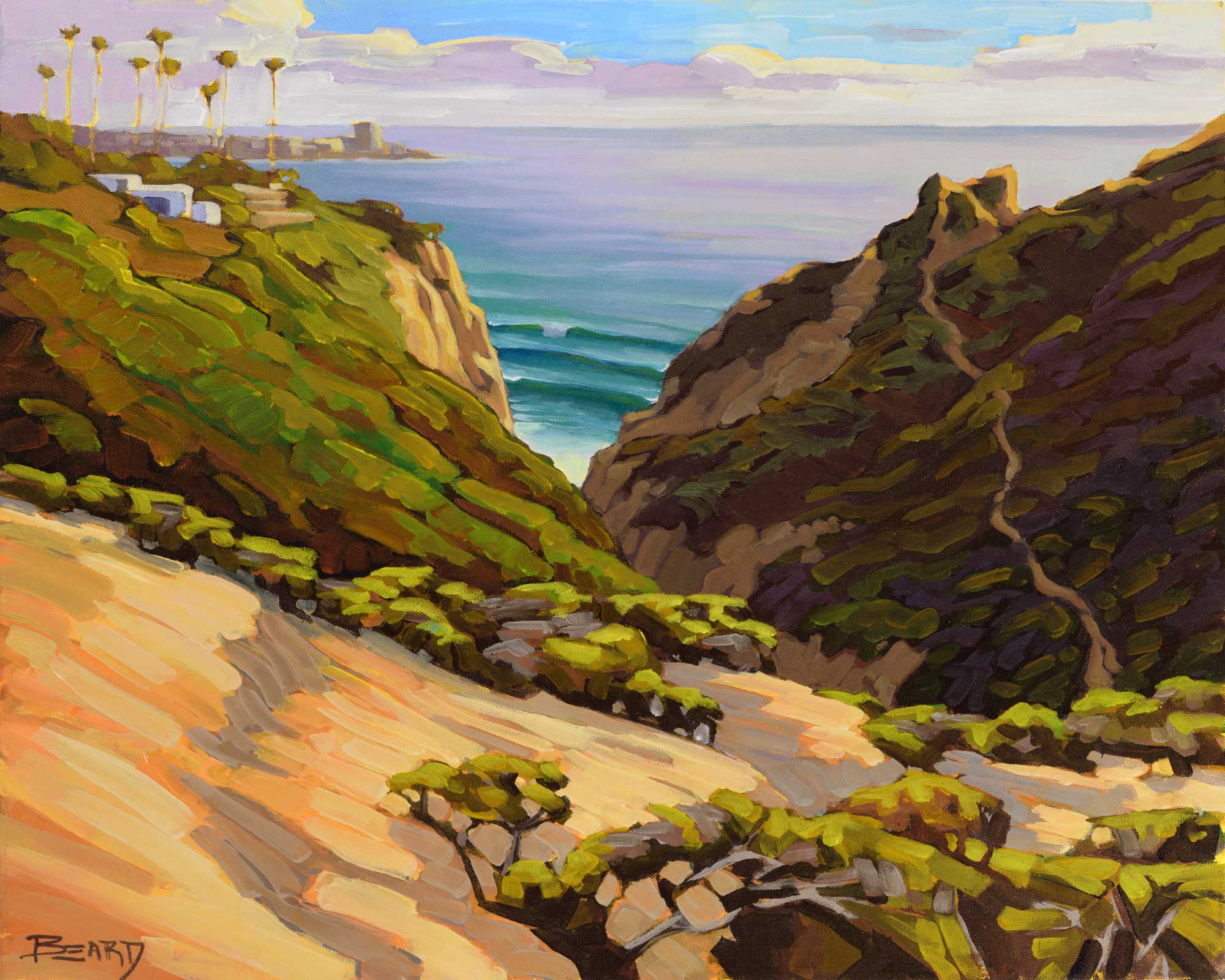 Three things to say about this one…

First, at 30” x 24” it was much larger than I usually like to work out in the field, requiring 2 sessions on different days.

Secondly, I was nearly pushed off this hill and sent rolling down the steep slope behind me by a large dog. It was close for a second there. I don’t know all my dog
breeds, but picture a large, friendly German Shepherd. Seems about right. The owner was friendly as well, but she had no control of this dog when he decided he wanted to
play and went to snatch the dirty paint rag from my hand. It was full of wet paint and I wouldn’t want any dog to get a mouthful of that so I kept it out of his reach. He thought
it was a game and next thing I know he’s paws-up on my chest and I’m teetering off balance while the owner calls him to stop in one of the most futile displays of dog ownership I’ve ever seen. It was an interesting dance.

And thirdly, when painting at busy locations like this one, I often listen to loud music to get amped up and tune out distractions. This one was fueled by old Black Sabbath and
apparently I was heard singing along from the top of the hill. Apologies to the neighborhood. I can only imagine how ridiculous it sounded.