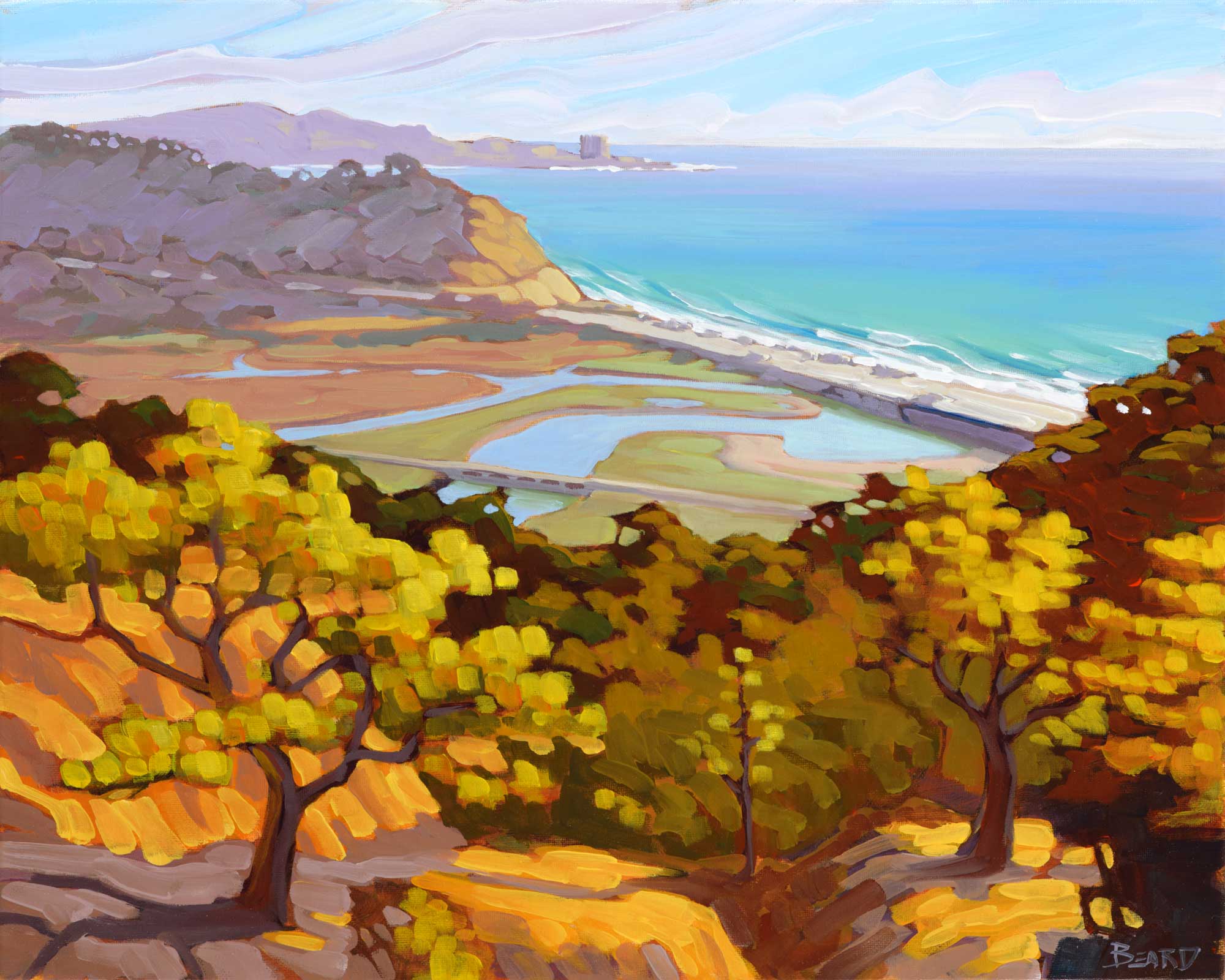 Named this one after the album that shares the same name from Beck, simply because that’s what I was listening to while standing out on a roof overlooking this vista as I recorded the train tracks through the wetlands below on canvas.

This entire trip was plagued by a persistent coastal marine layer, but I had some good afternoon sun for most of this one. Also had to wrestle a bit with the hillside of torrey pines in the foreground. I’d never noticed before just how drastically those trees change colors at every subtle shift of light. I think it has to do with their needles being fairly open, allowing light to filter and refract through them.