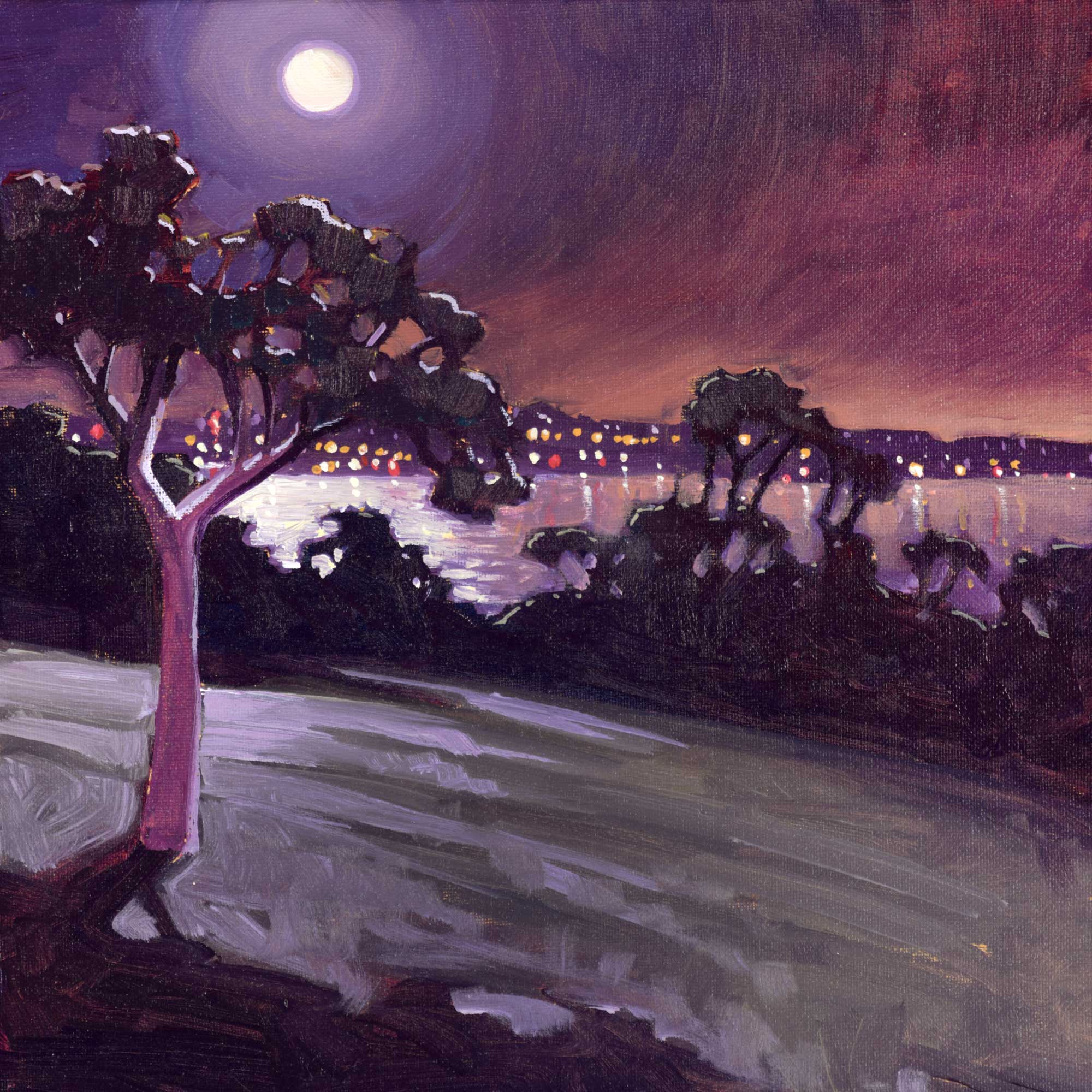 Fueled up after a feast at Besta Wan Pizza in Cardiff, and armed with a headlamp, moral support from my pals in mischief Pierce and Petra Kavanagh, and further fueled by the french fries and milkshakes they brought back after dropping me off in this park just up the way from a pack of howling teenagers, well, this is what happened. The city lights in this scene are a good reminder to take nothing for granted as we are soon heading into yet another round of planned power outages because apparently Humboldt County’s power grid is not actually a grid, it’s more like an extension cord running through some gnarly fires that are burning south of us. Lots of trouble for lots of folks all over California right now. Some minor- we had to eat a whole bunch of weird frozen food today because it pretty much thawed in the last outage and it was either eat it, or toss it out. But many south of us are losing a whole lot more and it will take a lot more than a trip to the market for them to recover. Wishing everyone the best out there.