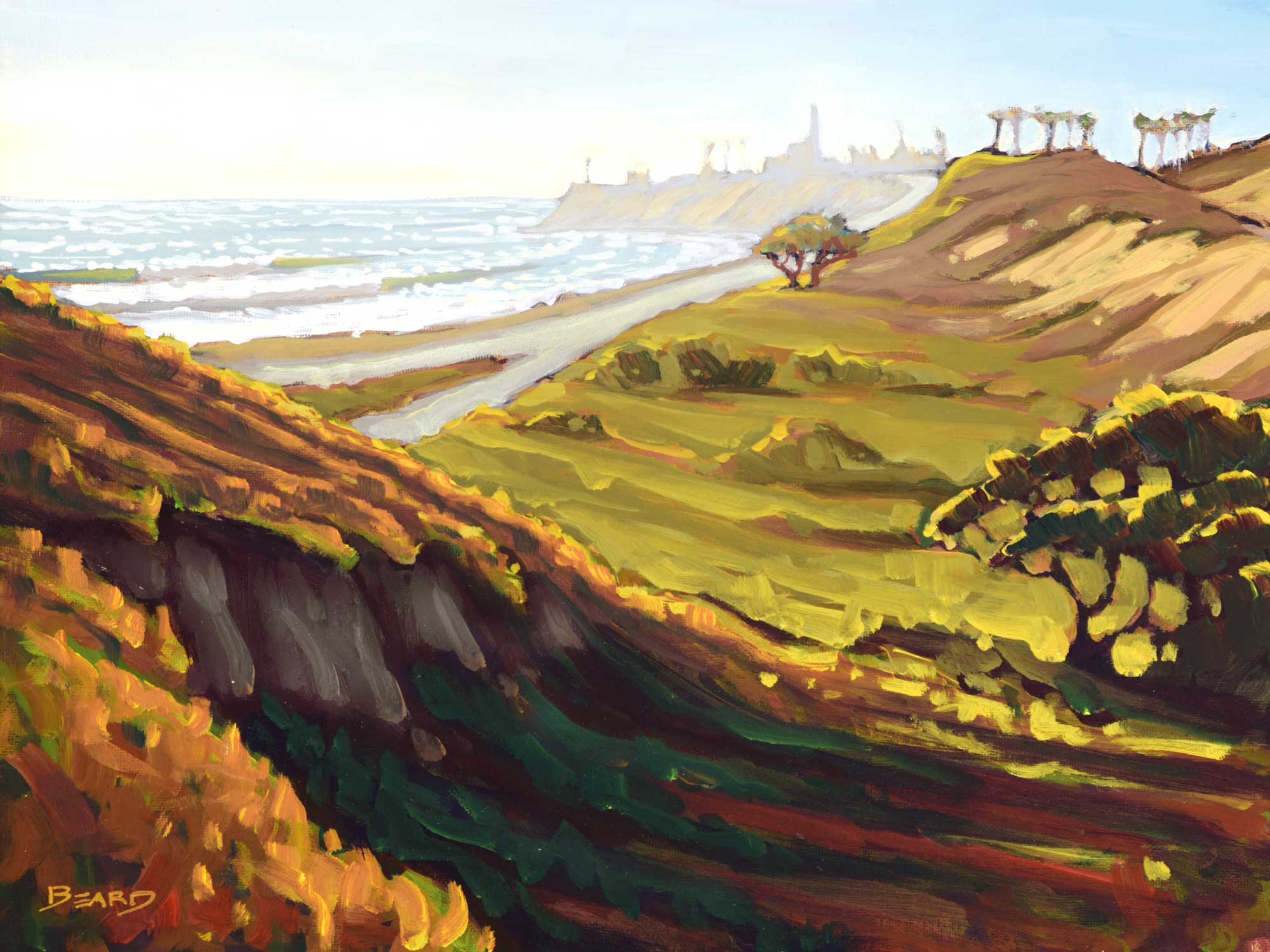 I’d driven past this little dip in coast bluff several times over the prior week while painting with Wade Koniakowsky, Norm Daniels, Jose Emroca Flores, and Greg Gorgas a couple summers back. One crispy clear afternoon the scene here really caught my eye. A day or two later I’d dragged Wade and Norm back here promising them a beautiful sweeping scene in the afternoon light. It wasn’t. Turns out the view from a car on the highway is pretty different than the view standing on the scorched earth between the north and south bound lanes. Also an early afternoon haze can put a rather undramatic gray/white blanket across a landscape. Feeling just a tinge of guilt for dragging the guys to this bland scene, we decided to make the most of it, and I just painted this from that first 48mph fleeting memory instead. Pretty sure someone got attacked by ants also. Plein air painting is pretty fun.