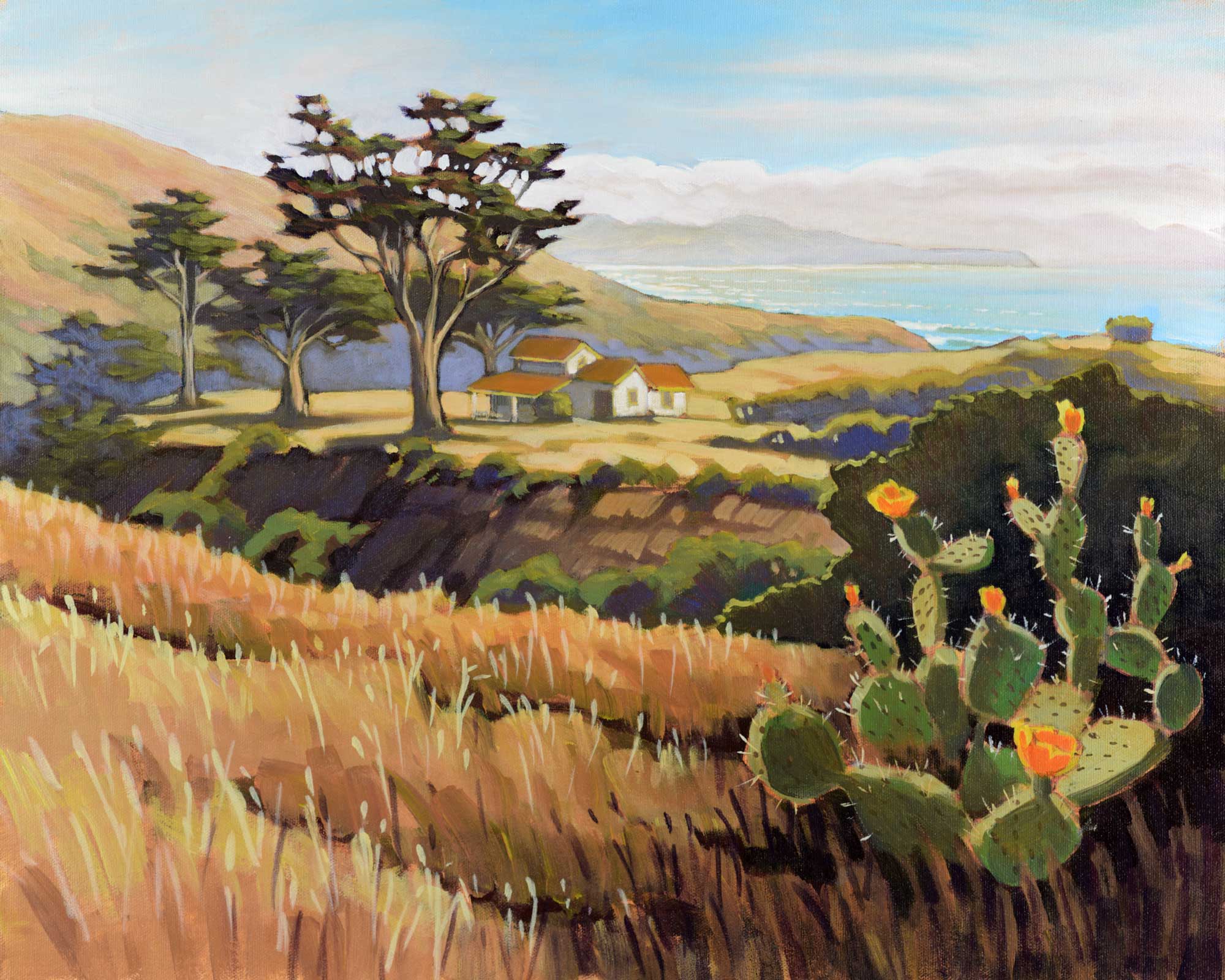 Beautiful memories, but some days are defined by regrets, just like the cactus in many ways is defined by its spines. ⠀
⠀
To get here required a two hour drive across a private reserve to this far side of the island. I have to give a big shout of thanks to my friends at the California Coastal Commission who heard of my mission to paint the entire California coast and let me tag along on this tour where 25 of us were headed to the furthest point west on this island, about another 45 minutes out from this remote outpost.⠀
⠀
When we stopped here for lunch, I decided to stay behind. This was my opportunity to paint, being that they’d be gone for about 3 hours, plenty of time for a paint session. Not quite enough time to scout views to my satisfaction though, so after a few false starts trying to find a way up the hill for a better view, I settled for this one of the little outbuilding and blooming cactus that I saw from the road on the way here. Only afterward did I see on a map just how close I was to the path I was looking for to get up the hill. That is my first regret.⠀
⠀
Ouch.⠀
⠀
My second has to do with the fact that behind this building, and nestled in behind these old cypress trees is one of the oldest buildings on the island, dating back to 1860. That would have been a neater thing to paint, but I just didn’t see a good angle to paint it from. That is my second regret.⠀
⠀
Ouch.⠀
⠀
My third regret is not seeing the furthest point on the island. This might have been the only opportunity I’ll ever have had to make it that far and see it with my own eyes. Forced to choose between a remote vista without painting, and a just-a-little-less remote vista with painting, it was an easy choice, but not without some pain. ⠀
⠀
Ouch.⠀
⠀
And then there was the cold beer that I accidentally left behind at the cabin that I really would have enjoyed after being left behind by the group to paint this old outpost that was left behind from the ranching era on an island that in many ways was left behind by time itself. That beer would have been amazing. One final regret.⠀
⠀
Ouch.