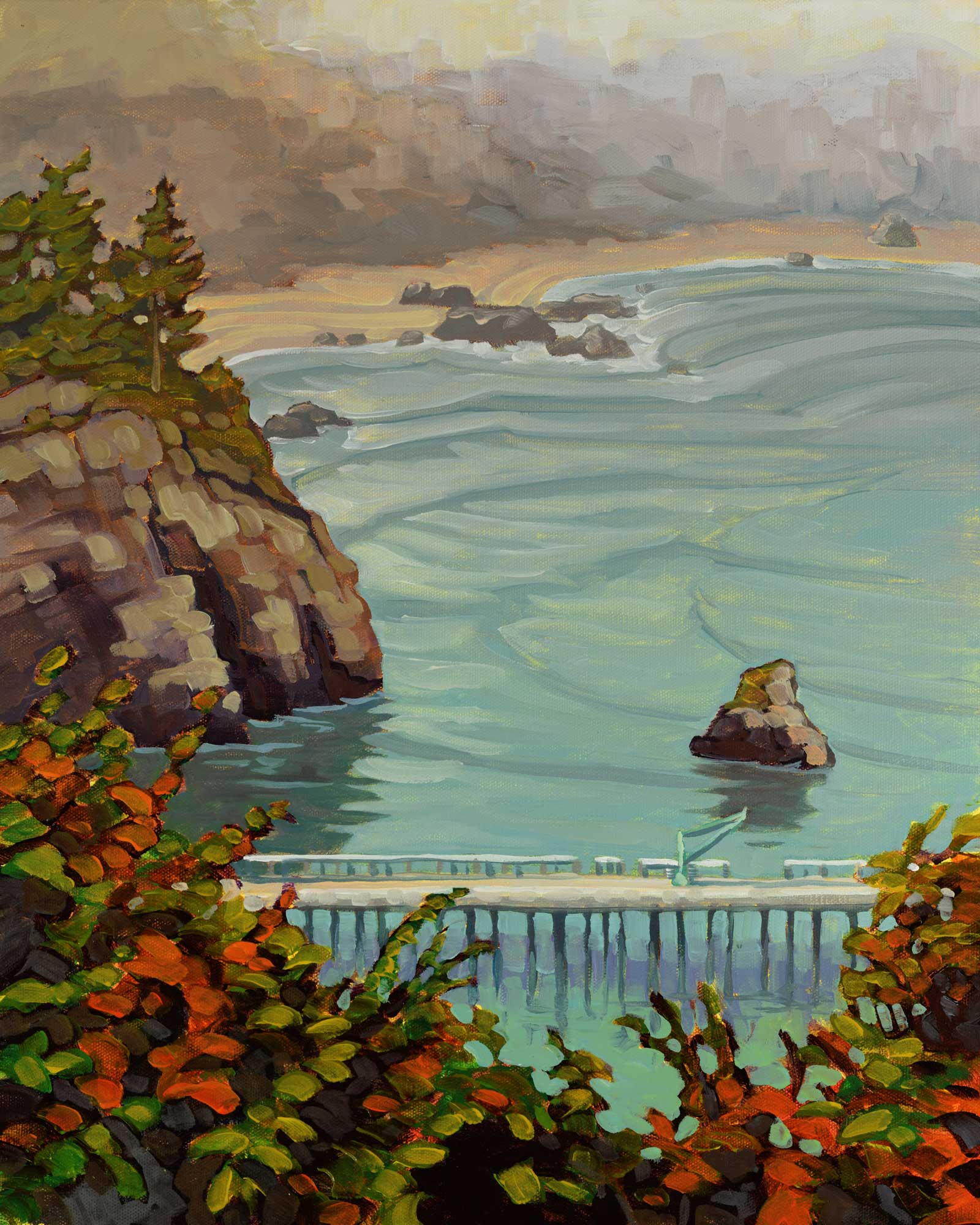 Plein air from yesterday. Left my brush roll in the studio and had to makeshift with some random brushes dug up in the crevasses of my van. Then hiked up to this spot and went to setup and realized I left my canvas in the van, by the the time I walked all the way down and got got back up here the fog had only gotten thicker, so I had to just noodle around with the foreground for awhile. The forecast called for sun sooner or later. Maybe it was later, we left before then. But yeah, finally the fog lifted just enough to see the beach across the harbor and I was able to lay this one out and had it all blocked in, then sat around waiting, eating sandwiches, pestering my painting buddy Steve Taylor, just waiting for the weather to really shift. Finally had to go for it as it was, slapped it together and called it a day. At least it never rained.