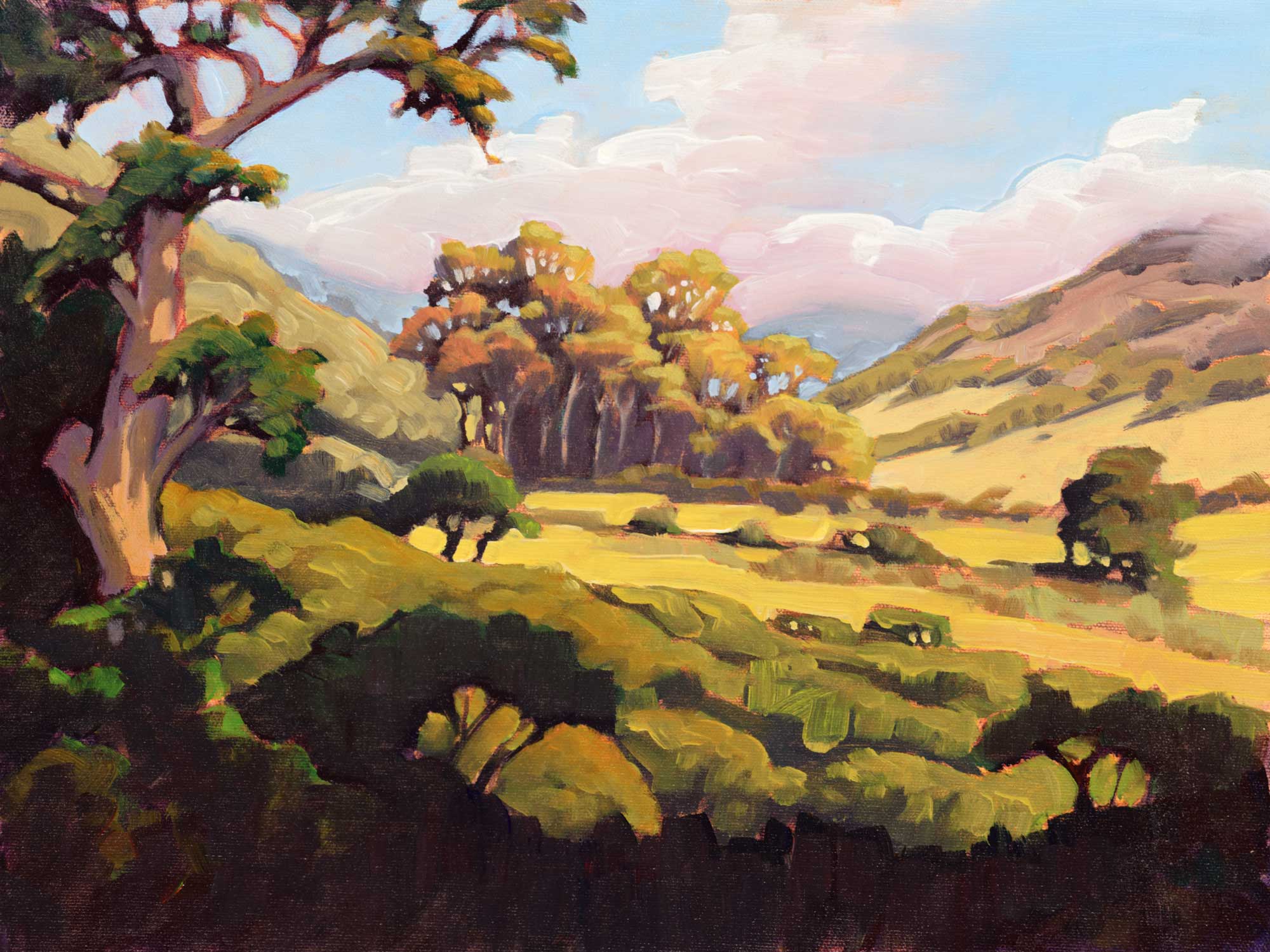 The Chumash people lived here first. The Earth Mother’s name was Hutash, and it was said that she planted a particular plant on this island, from which the people emerged fully grown. They were cold until they were given fire by lighting from that old Sky Snake, the Milky Way, the Earth Mother’s husband.⠀
⠀
The people were fruitful and multiplied. Happily. But their songs and laughter kept Hutash up at night. At last she couldn’t bear the racket any longer and she decided to make a bridge out of a rainbow from the distant peak in this painting all the way to a high peak on the mainland. Off they marched. They were told to keep their eyes on the mainland, but some looked down and became dizzy. The fallen ones were mercifully turned into dolphins by Hutash to keep them from drowning.⠀
⠀
The people continued to prosper on the mainland as well, but now they were no longer so crowded on this island and presumably the Earth Mother finally got some sleep.⠀
⠀
She must have still been sleeping when the Spaniard’s and other European’s arrived, because things got really weird at that point. In a few short generations things grew even more quiet on this island. Disease took it’s toll. The sheep’s wool was rendered obsolete by the Slavemaster’s Friend, the Cotton Gin. The vineyards were thwarted by that Old Grump, the Prohibition.⠀
⠀
A few brick buildings and rutted roads were built, but there is only area in the entire interior valley that sees regular human activity now, and even there it is generally quiet. Access is tightly controlled and looks like it will stay that way for awhile.⠀
⠀
When the old Earth Mother finally awakes I hope the folks who now own most of this island are prompt in cooking her up a nice cup of coffee and explaining to her how they wandered back over that bridge and down into the valley from Devil’s peak. And speaking of her high and beautiful mountain, the island-side foundation of her rainbow bridge, just who named it “Devil’s Peak” anyhow? And where did the rest of her children go? And why aren’t there more songs and laughter? Without them, it seems, she may have overslept.