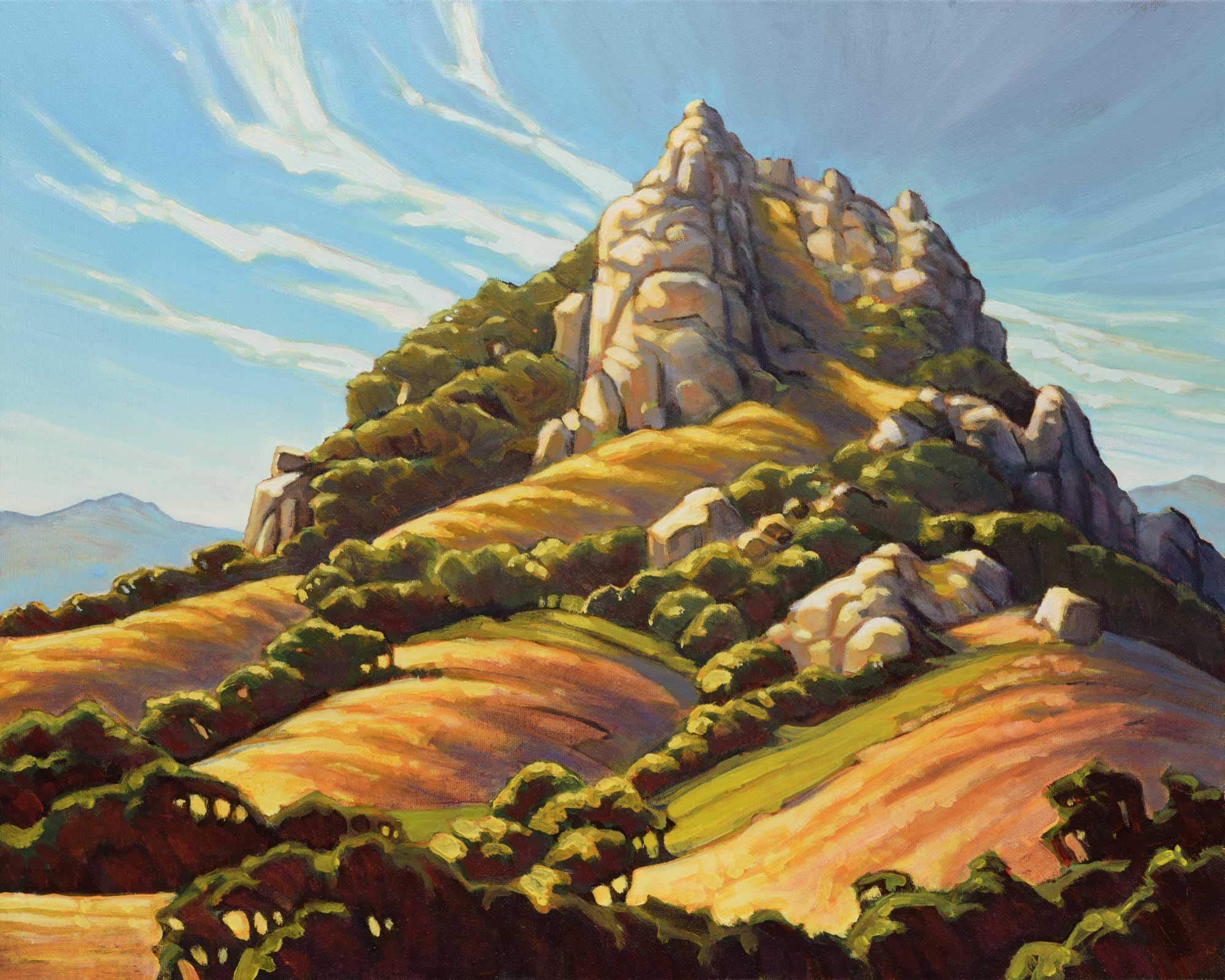 William Wendt was a master of California Impressionism, a distinct school of impressionist art forged in the California landscape back in the early 1900’s. One of Wendt’s most iconic paintings is called Where Nature’s God Hath Wrought and features a boldly centralized view of this very peak. Look it up if you need to, it’s worth the effort!

Wade Koniakowsky and I spent an afternoon scouting the countryside just off the central California coast, climbing under fences, walking through high grass, fumbling our way around holding pictures of Wendt’s masterful painting up to the mountain before us, comparing his version to reality in hopes of determining exactly where he stood and painted the scene from. We pretty much nailed it down one afternoon and decided to come back to paint it ourselves in the morning light. To be honest, it was a fun diversion from the coast, but I probably wouldn’t have bothered if it wasn’t for Wade. He was into it!

But once we got going I was hooked as well. And also blown away all over again at Wendt’s masterful work. I kept thinking his composition with that mountain smack in the middle of the canvas just shouldn’t work, and yet it does, and it does so with majesty. Neither Wade nor I were trying to recreate Wendt’s painting- we didn’t even look at it again once we had the spot figured out, our goal was just to stand where he stood and respond to the scene before us like we would with any other painting. I can’t speak for Wade, but I’m pretty sure neither of us felt like we had done half a lick of justice to the scene as the morning wound into afternoon and hunger took over.

It wasn’t until I looked closely at a map later that I realized that my Back Road painting from earlier in the trip is actually the back side of this very same peak. Kinda funny that I painted this mountain twice in one trip and if it weren’t for Wade and the fog I wouldn’t have painted it all.