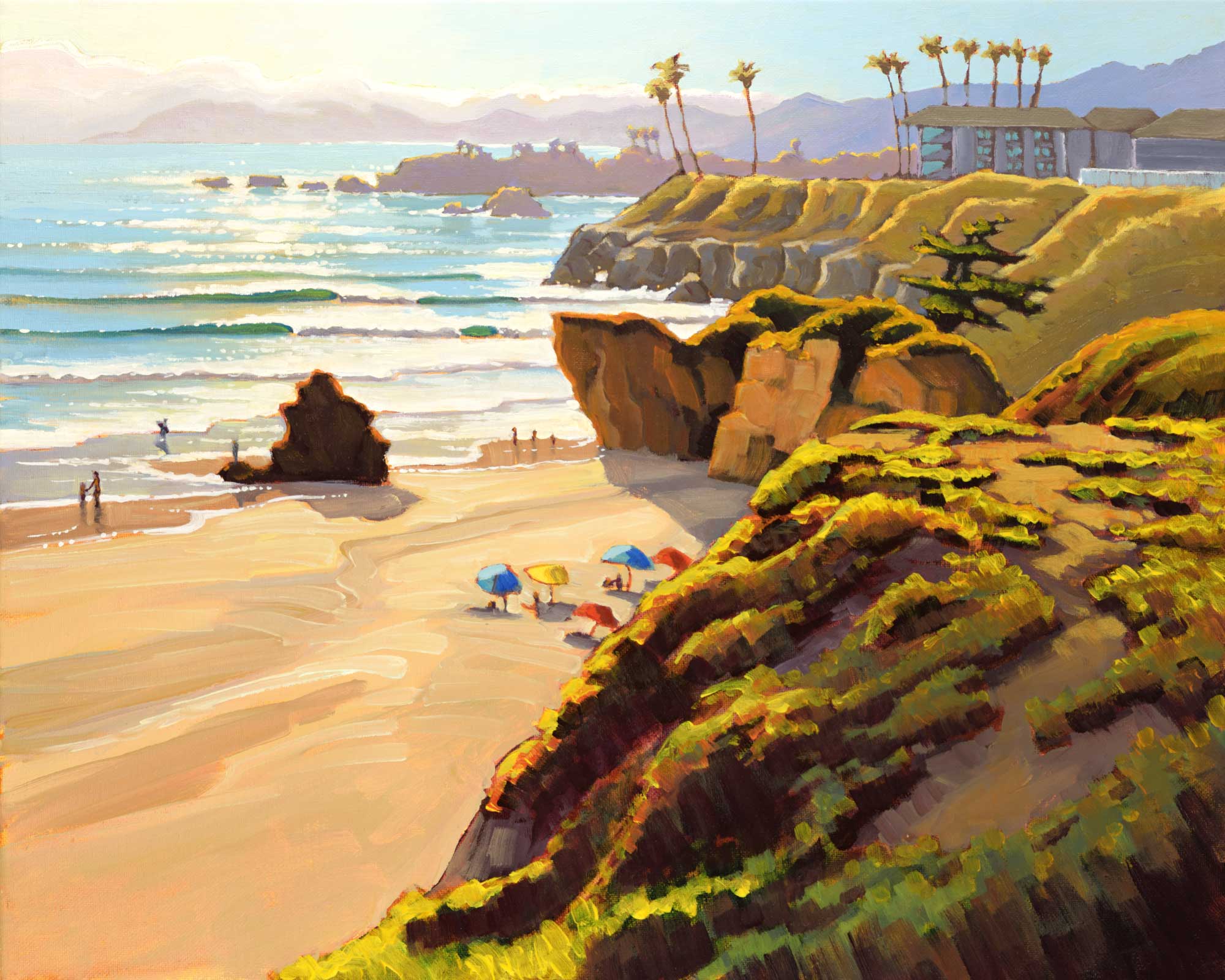 I know you guys think my job is super easy. Just cruise around and paint pictures between coffee and beers and donuts and tacos. Go for a surf if the waves look fun. Hike around in beautiful remote places on the edges of the world. Hmmm… My job is pretty easy, come to think of it.

But there are also days like this one. Glorious sun-filled afternoons overlooking beaches full of memories. And on this day, it held far more than memories, it held my family- my wife and kids playing in the surf and sand below while I stood around on this forsaken cul-de-sac overlook painting the scene through a thirst-inducing 82 degrees of separation.

I painted fast and furious in hopes of joining them before they grew tired in the lengthening afternoon sun, but no matter how badly I wanted to finish this one and paint myself into the scene dragging my older kids out a little further into ever bigger and better rolling waves, it wasn’t going to happen today.

Today, this was the hardest job* I’ve ever had.

But it’s ok, not every day is like this, and me playing on the beach sure wasn’t going to cover the cost of this little trip that at least allowed them to enjoy the afternoon here. Sometimes life is work even when you’re living it up in the Motel California.

*Speaking of jobs, did you know I used to always mention in my art bios that I’d never actually held a full time job? I did. Then after years of putting that statement out there I realized that most folks would read that to mean I’d never actually needed to work. As in some sort of trust-fund hidden wealth had allowed me to live this free and easy life. Well that was never the case. What I meant to say is that I was, and still am, proud to say I’ve always valued this pursuit of art so much that in spite of being ridiculously broke year after year, I never wanted to take on full-time work and become so drained by it that I’d let my art fall by the side of the road and into the ditches I would end up digging for someone else’s dream should I ever let go of my own.