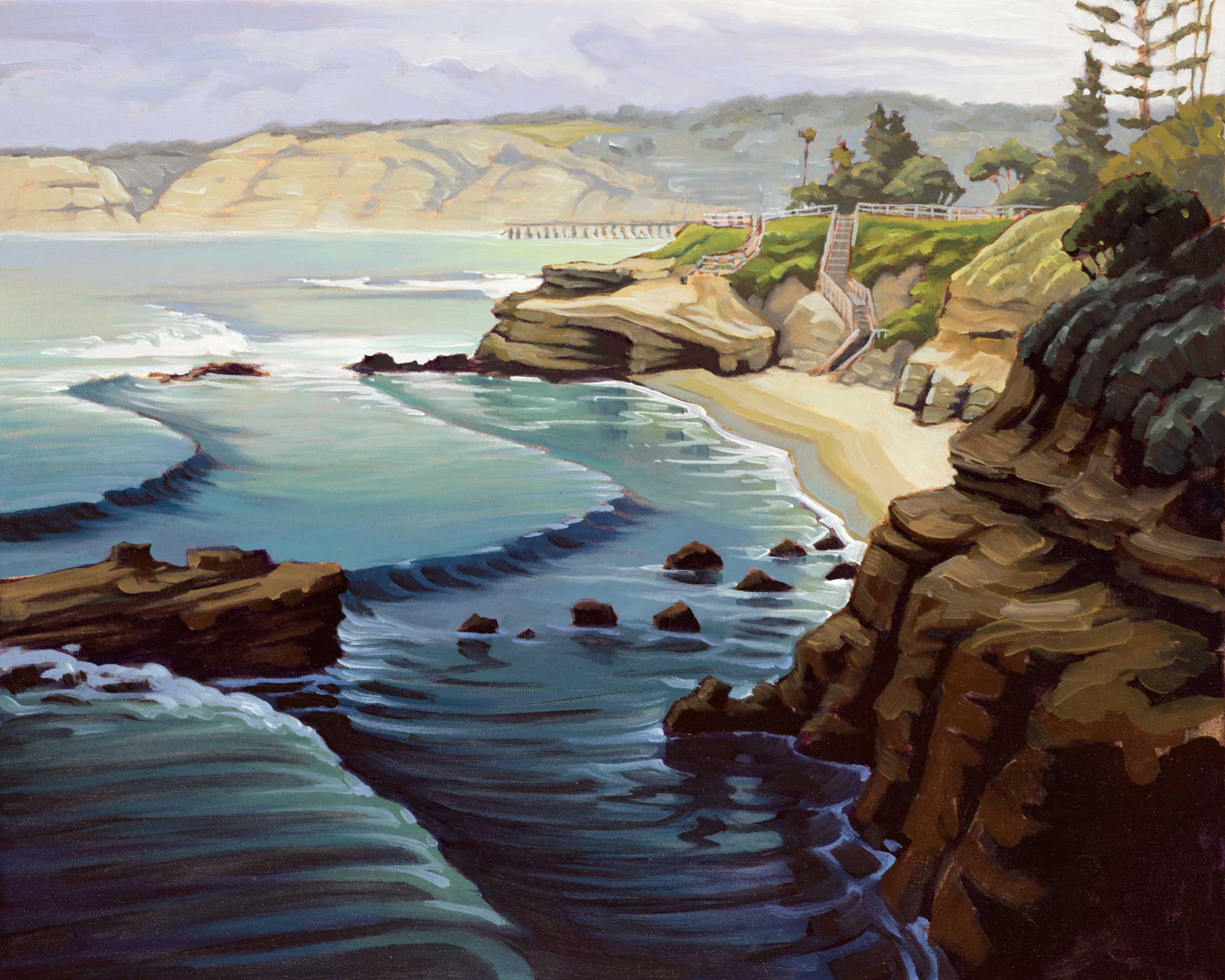 I painted this one alongside my friend Norm Daniels on a wet, dark and gray day, that began with a lot of grumbling on my part. I didn’t leave the rain in Humboldt and drive all the way to San Diego for this…

Norm is a great artist and a great guy to hang out with under a shade palapa (good for rain shelter too) and paint a morning away. We ate donuts. We spoke with a Jewish couple who came down to baptize their new cooking pot in the ocean. Norm was also babtized in the ocean. Somehow this struck me as humorous and I blurted out that Norm and the pot were now brothers in the Lord… this was met with blank stares from all. Maybe it wasn’t that funny. Hindsight is 20/20.

I ended up really enjoying the painting after embracing the moodiness of the morning and working with it instead of wishing for something else. After painting, we had tacos and beers and I really couldn’t have asked for a better day, even though I grumbled a bit at the start of it. Out from the shadows, and into the light.

Artwork Title: "From the Shadows"
Posted on May 9, 2019July 15, 2021 by Matt Beard
Categories: Artwork Notes & Backstories, Artwork Notes, Artwork
Tags: BENDING LINES OF SWELL, DARK AND MOODY, EVERGREENS, FENCES, LOOKING BACK TOWARD LAND, ON THE ROCKS, OUT OF DARKNESS, OVERCAST, PALM TREES, PATHS, PIERS, POCKET BEACHES, ROCKS, SEA STACKS, STEPS AND STAIRWAYS, THE OTHER PAINTER BOUGHT ME LUNCH OR AT LEAST A BEER THOUGH, WEATHERED ROCK/SANDSTONE