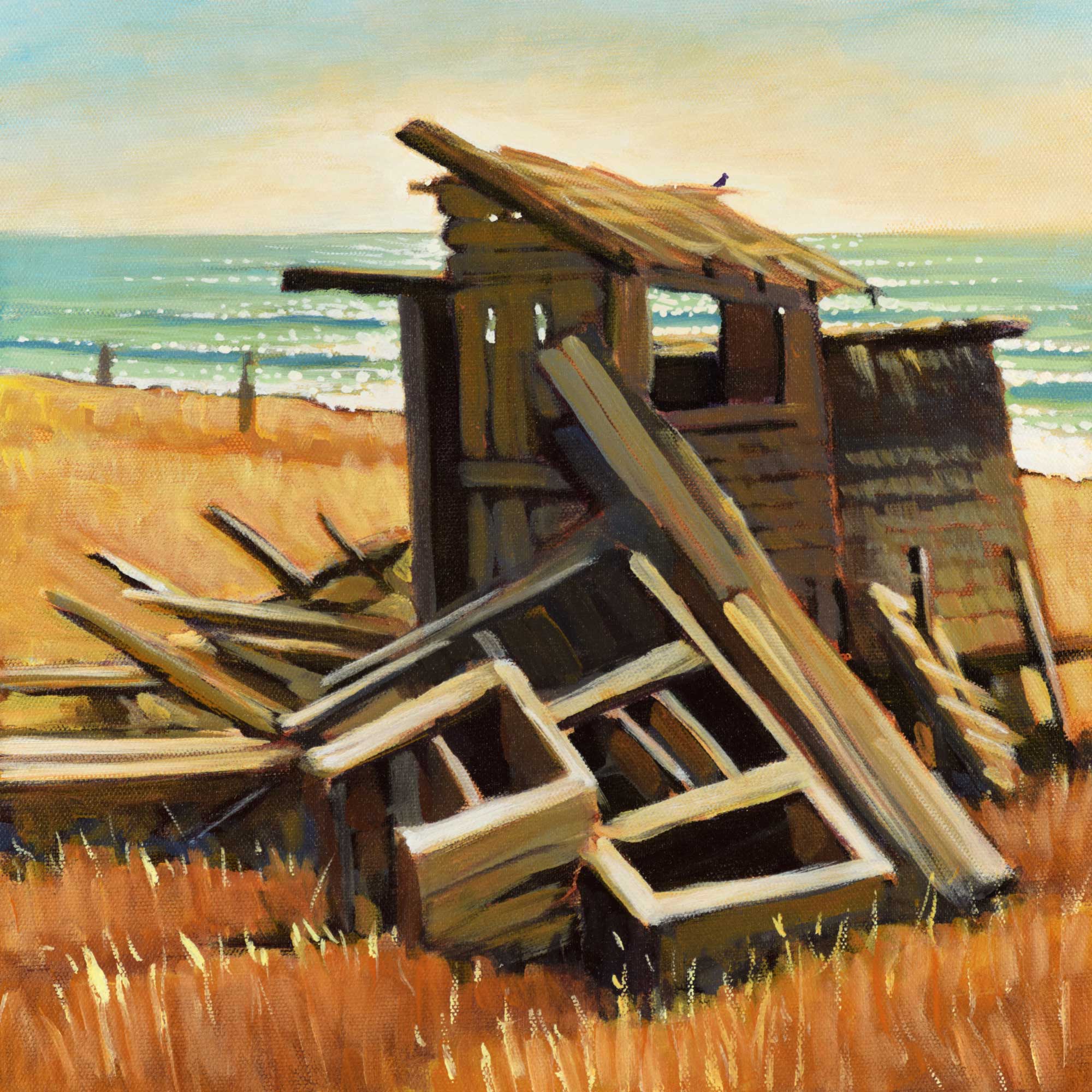 Not quite a proper backstory, and not quite a poem, this one took a rare detour into something else… either way, hope you enjoy the tale.

Food running low. The hunter prays for a kill as he reaches into the dusty cabinet for his last handful of oats before the sun sends the shadows scattering to hide behind every rock and tree they can find. Out the window in the pre-dawn light he sees movement, but when he looks intently there is nothing. Just the grassy flat leading to the precipice over the sea.

But he can’t shake the feeling he’s being watched. And he is. I watched him like a ghost all afternoon as I painted these crumbling remains of his cabin. I watched him bumbling about inside while waiting out the days of rain. Talking to his horse. Carrying the bodies of the freshly dead in the afternoons. Drinking himself stupid under the moons.

Separated by nothing but 30 paces and time, he saw me once or twice and muttered something to himself. The third time he threw a rock with a yell. His aim was good. It passed straight through my chest.

When the painting was finished I packed up my gear while he gathered up his belongings and tucked things here and there into his saddlebags. When we were both ready, he led his horse toward the spot where I stood, nearly looking me in the eye, but in a distant way. He stopped and turned, practically standing in my shoes, and looked back at the cabin one more time. But this time he saw it through my eyes as the earth reclaimed it’s walls and floors, timbers and beams. What was built for man, was now a palace for squirrels and was soon to be nothing but a high patch of ground for the morning shadows to hide behind.

As we both stood there, I watched his memories scatter in the wind. His heart hung in tatters, like a prayer flag on the barbed wire fence, and he let the rest of himself blow away entirely, leaving me there alone with his horse’s reins in my shaky hands. I’m no horse rider. It was all I could do just to mount the beast, but it knew the way, and it would carry my body home.