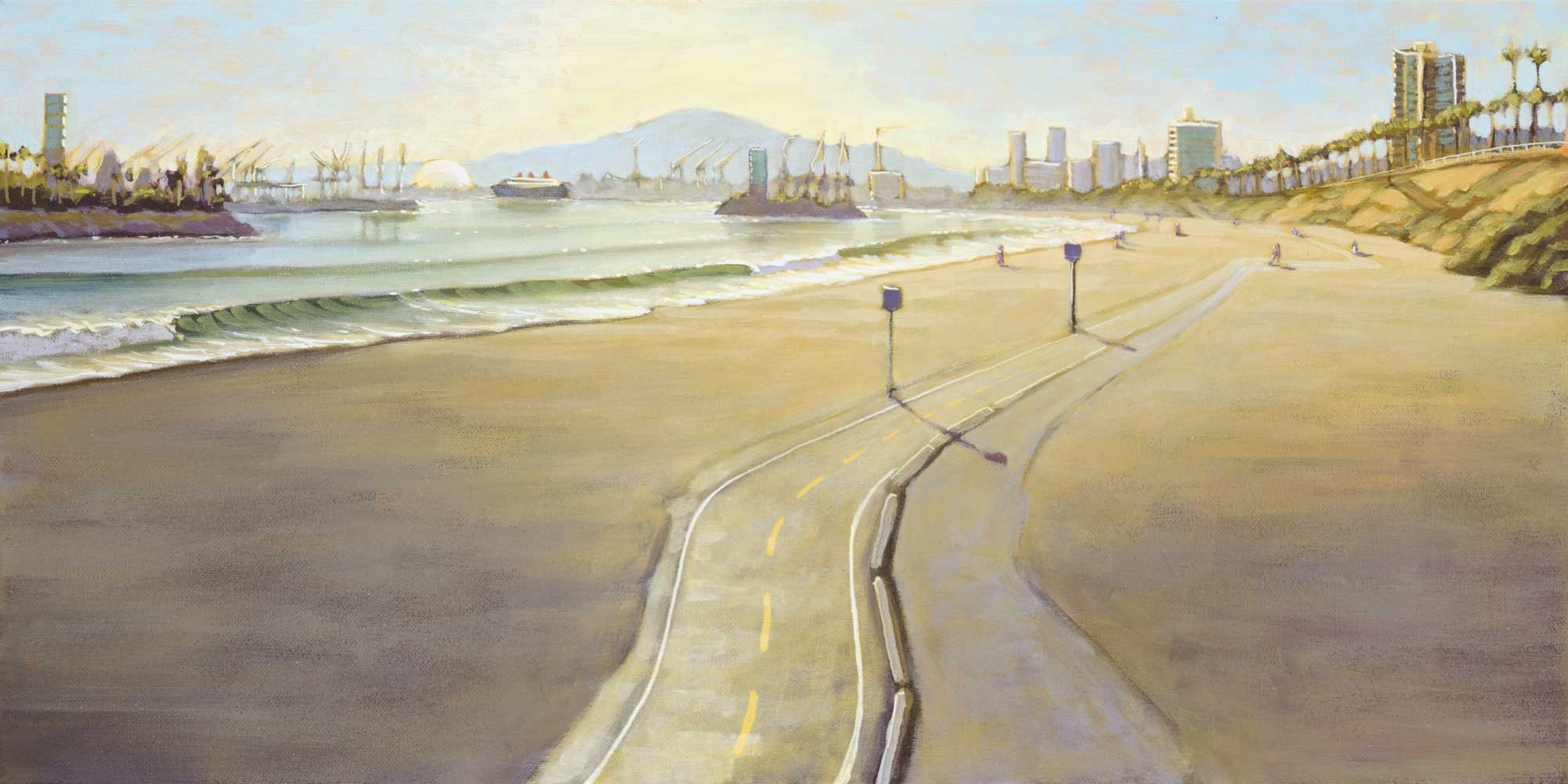 This may look like social distancing in effect, but this was painted on a weekday last May. There were people, but they were moving and since plein air painting is in some ways like a hand-made photograph with a 3 hour exposure, the moving objects (people, cars, etc.) don’t always register.

I grew up near here. Technically in this city, though a few miles from this scene. It’s a very industrial coastline, and one I’ve mostly avoided throughout my adult life until this day. Folks come here from the hectic city to unwind on the beach, or eat at hip restaurants, or deal drugs, or mumble incoherent profanities at anyone within earshot. It’s decidedly urban, and at times urbane, at other times profane. It takes all kinds. Welcome to the beach.

I’d found this perch overlooking this beach bike/pedestrian path. Occasional walkers, joggers and bikers formed an infrequent stream of traffic on otherwise quiet day. But the real action came from the Birds. Not the ones in the air, but from the ones zipping along on this path, being ridden by folks of all feathers and stripes scooting from here to there. Those things were everywhere.

Right behind me, separated by a wall of plexiglass, were the well-to-do afficionados of a beach front craft brewery. I like beer. Standing in the humid sun, sweat beading down my face, lost in the minutae of industry in this painting. That thin plexiglass may as well have been a mile wide barrier of concrete and steel. I wish it had been. I tried not to look back at it, and all those cold beers being swished around. Mmmmm. Beers.

At one point there was a commotion on the nearby pier just out of frame and to the left. Cop cars came driving down the bike path. Dozens of them gathered from all directions. I still don’t know what happened out there. Later that day I saw a news report that a homeless woman was killed nearby, beaten by a scooter, quite possibly a Bird. We… people that is… we can be monsters.

I don’t have any moral to this story, it mostly just breaks my heart. But that is how the day went on this stretch of coast that I mostly only remember from childhood.