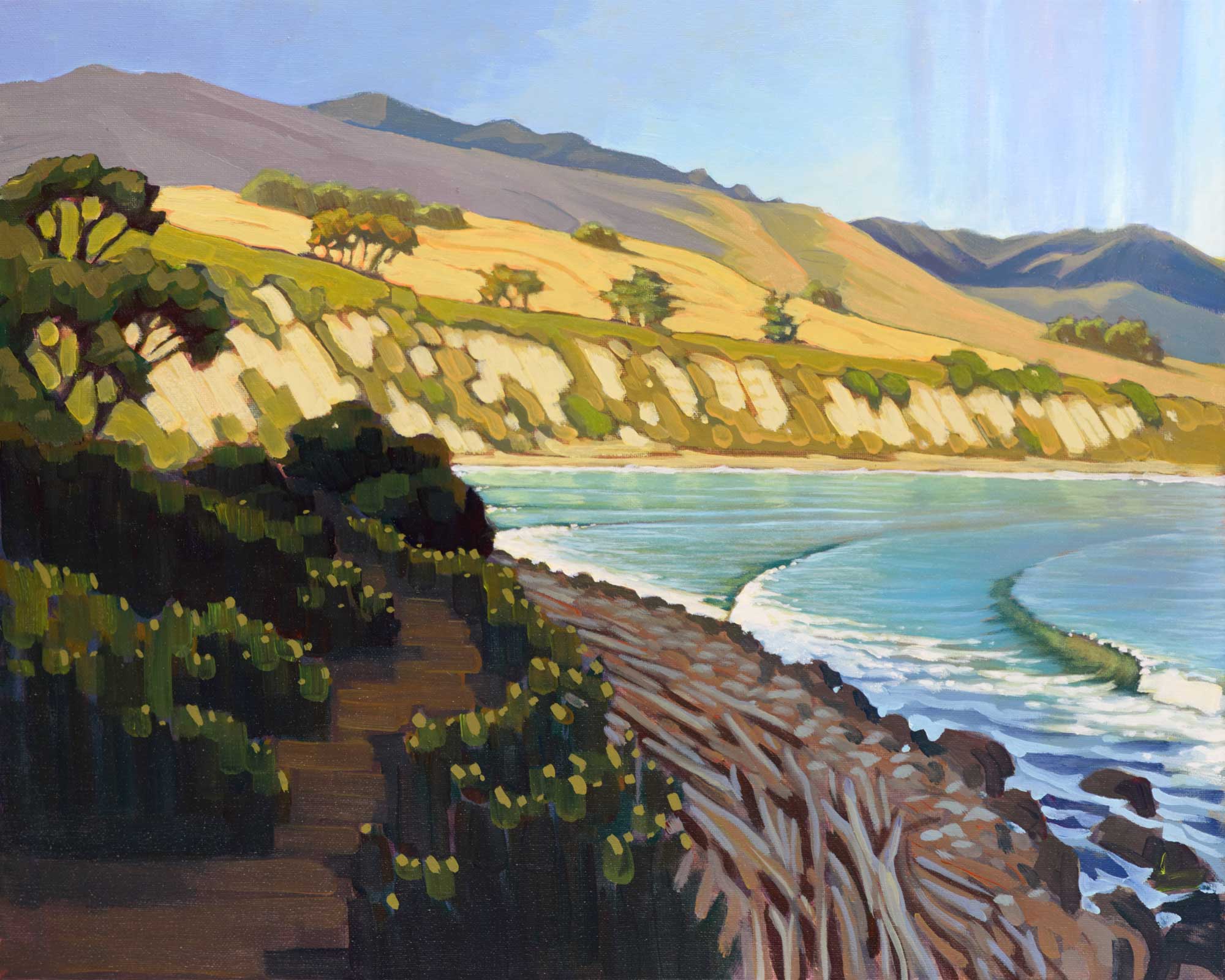 I was supposed to drive a lot further up the coast on this day back in 2019. I didn’t get past this point though. After a few hours in the water, laughing as a handful of us rode these hypnotic little waves spinning down the point, I knew I was going to paint here as well. Made a whole day of it. ⠀

Passing showers were visible on and off in all directions as the sun took its turn occasionally sneaking between the clouds and showering the earth with light. ⠀
⠀
Every once in awhile a window of light would fall in such a way that made everything seem timeless- as though the surfers and the park rangers and the tourists and the railroad barons, and the cattle ranchers, and the Spaniards, and the Chumash who lived in a small village right here were all seated silently, just out of sight from one another admiring the same beautiful scene.