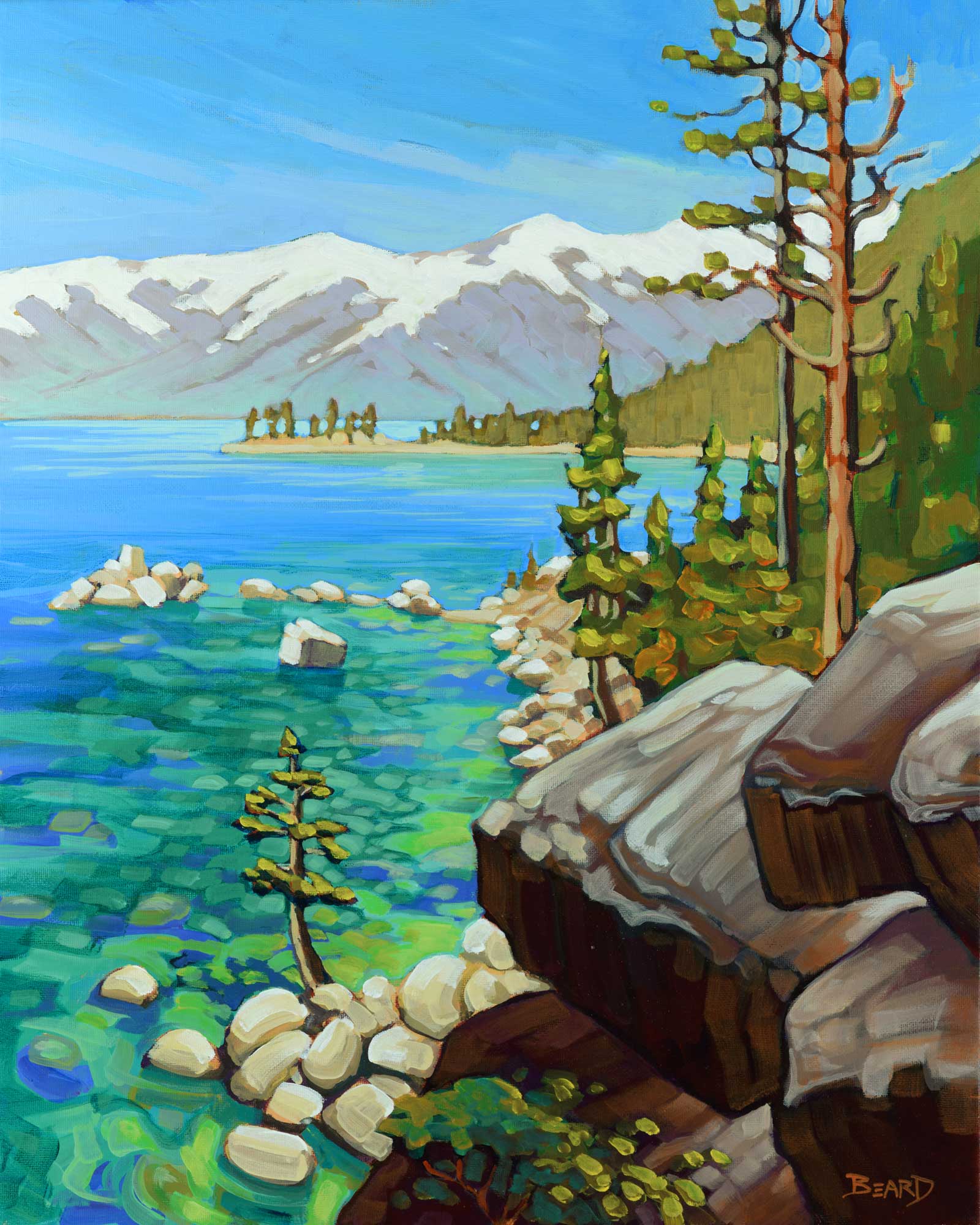 This is the first painting I did in Tahoe. It was a real puzzle for me trying to sort out the values in the painting with that blinding white snow on the surrounding ridges. I kept feeling like everything should be lighter because of the distance, then I’d lose the contrast that would make that flat white snow appear so bright. I never really did figure it out, but had a ton of fun staring at that water all the same.

The town on the distant shore beneath the snowy peaks is called Incline Village, though that has less to do with the title than the allure of that ice cold water on a hot day, giving one a strong inclination to jump in, no matter how much the shock to one’s system the cold would bring.