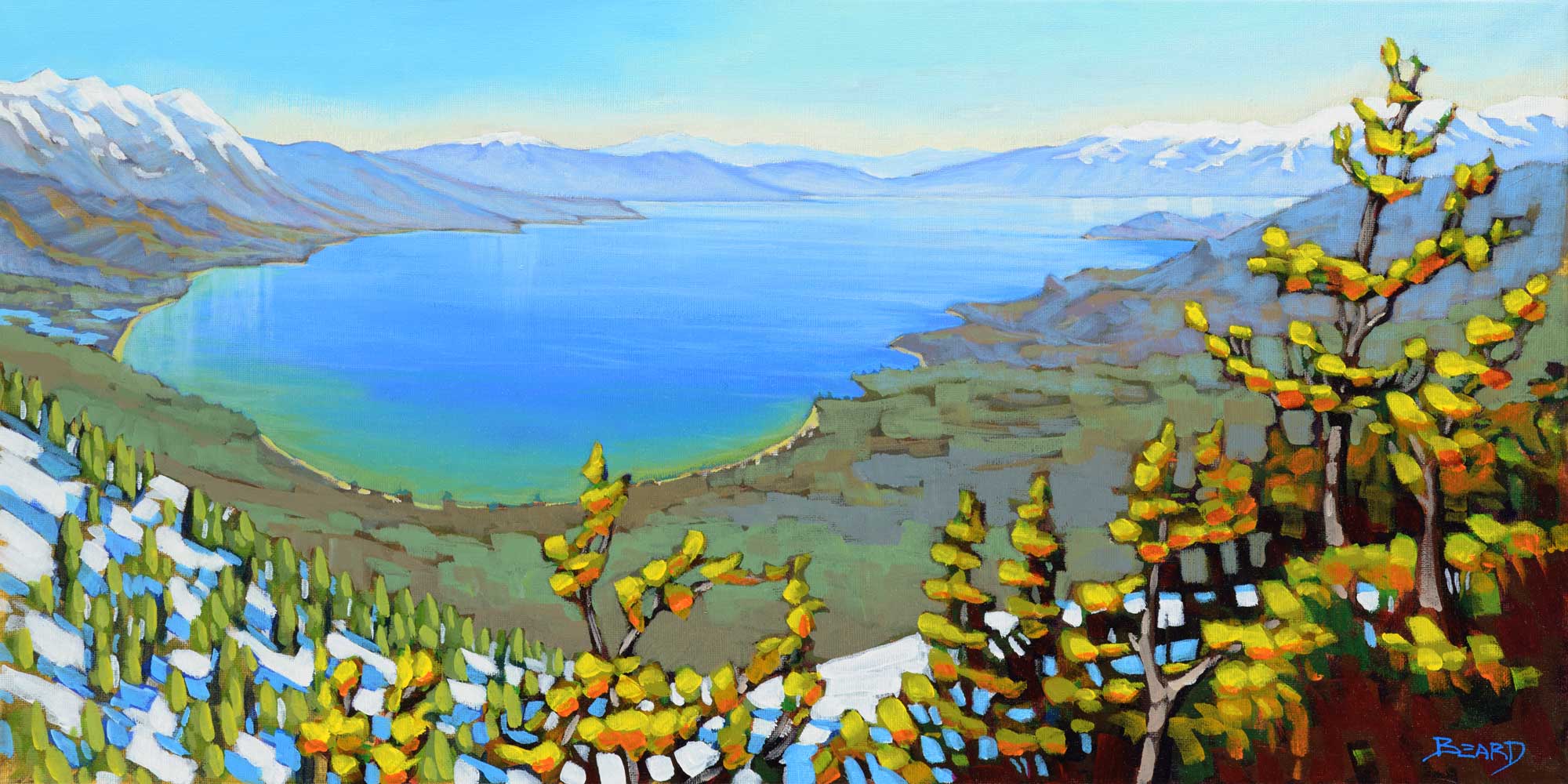 I was undoubtedly the highest I’ve ever been while painting this one. Wait. not like that. I mean the highest elevation- 9,123 feet above sea level to be exact. Heavenly is the name of the ski resort here on the California/Nevada border and we arrived to the first day of the summer gondola running visitors up the hill for an expansive view of the entire Sea of Tahoe. From somewhere around the point where that central tree breaks the view of Tahoe’s shore in the foreground and sweeping all the way to the left then right into the far distance where the shore again disappears behind the tree on the far right, that is the entire East Coast of California in one painting.

Painting on this public observation deck was full of distractions with a higher than normal dose of confusing questions from the admiring public like: “do you do this on your own, or do you sell these?”…. um….?

Anyway, within these distractions an 8 year old girl wandered by who spoke no discernable english and watched enthralled, to the growing impatience of her younger brother. At times her mother had to pull her back as she wanted to put her face so close to the action I was worried I’d accidently paint a rainbow on her cheek and get busted for running an unauthorized facepainting scheme to profit from the tourist traffic. After several minutes of her being allowed by her family to indulge her fascination, she uttered the first english word to her family that I heard. Very clearly and unmistakably she said “Impressionism”. I thought that was pretty cool, even though the only impression I was giving through the painting at that stage was that of a snow-blinded elephant washing it’s back with river mud. Still, though, I strive to carry on in a long and deep tradition of California Impressionist artists, so it was great to hear the word uttered from the mouth of such a young person who clearly knows more about what I do than I would have at her age.

By the way, my entire Tahoe series is sold out (say what? That happened fast!), but I will be showing them all at my gallery before shipping them off. Stay tuned.