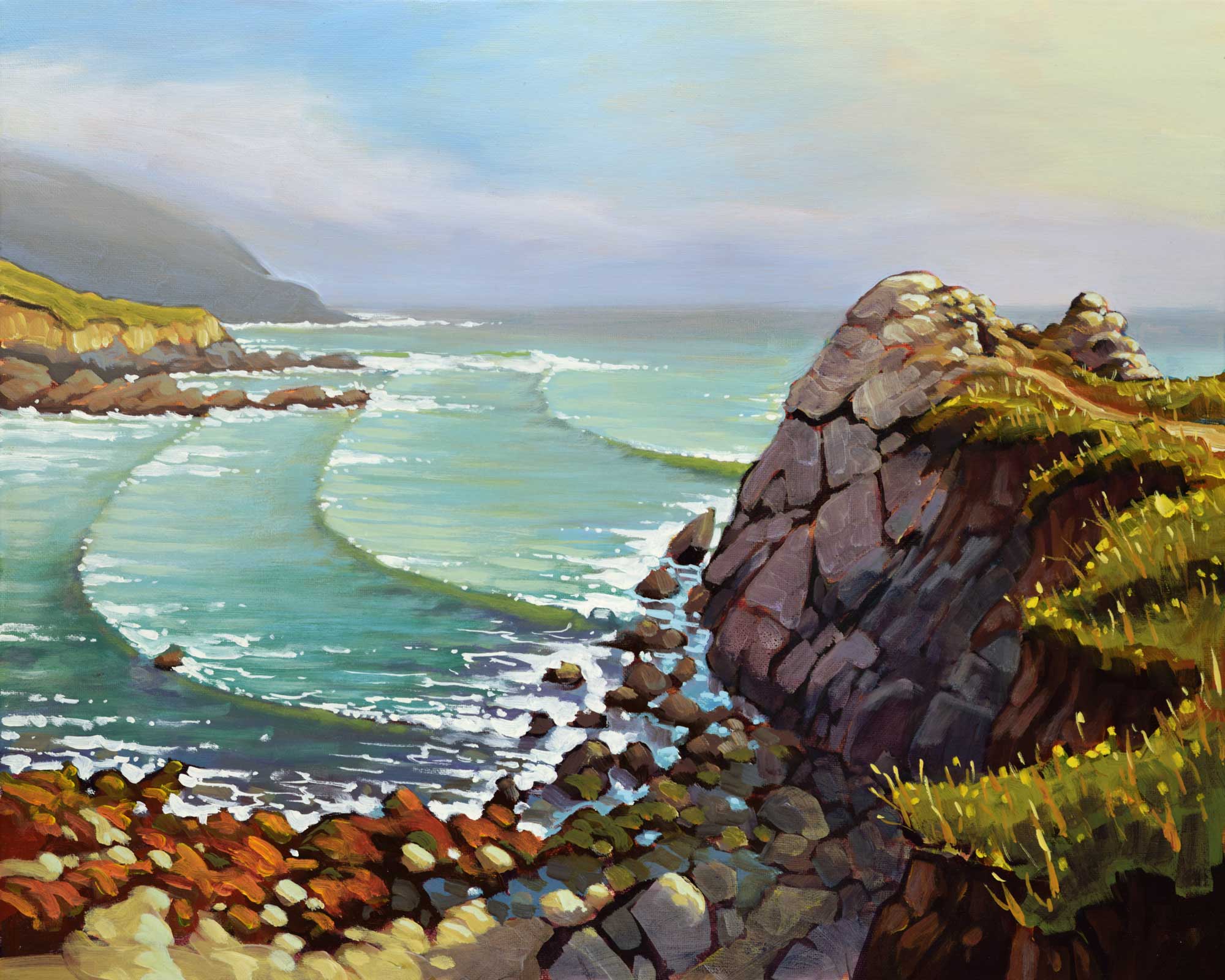 I’ve got no ear for harmonies, seriously. I might not be tone-deaf, but I am certainly tone-dumb. But I have heard that in the language of jazz, the end of a song is often concluded with what is called a dissonant chord. I couldn’t really pick a dissonant chord out of a crowd, but I understand it to be one that isn’t in tonal harmony, whatever that may mean. It doesn’t quite fit in, but it works in its own way I guess.

The end of this trail was kinda like that for me. An abrupt end at a barbed wire fence plastered with signs warning the would-be trespasser (me) to go no further. Of course I had wanted to go further, that was the plan all along. A quick lunch break while assessing the feasibility of proceeding would see a ranch truck come and go and come again in the span of about 20 minutes. Nuts. And this next part might have been all in my head, but I was sure I saw some beady-eyed stink-eye being cast my way as well. I think these guys can smell it on me sometimes.

So I figured I’d buy some time and just paint this little vista safely on the public side of the fence then see if things might quiet down. And they sorta did, but the ranch truck guy hadn’t left yet, so I figured it best to hop along the cliff edge out of view of the road. I made my way quite a good distance up the coast like this until two things happened. First, I reached an impasse where I could go no further without heading up toward the road and all the risk of getting kicked out which would negate all the effort it took to get here. And second, while pondering my predicament, the fog bank finally rolled in and made my decision for me. No point going further if there was nothing to see, so I turned back and called it a day. This place just didn’t fit in with my plans for the day, but such is life on the coast.

The hard to reach places are just that, and that’s what makes them so special to finally reach when everything lines up, and that works fine for me.