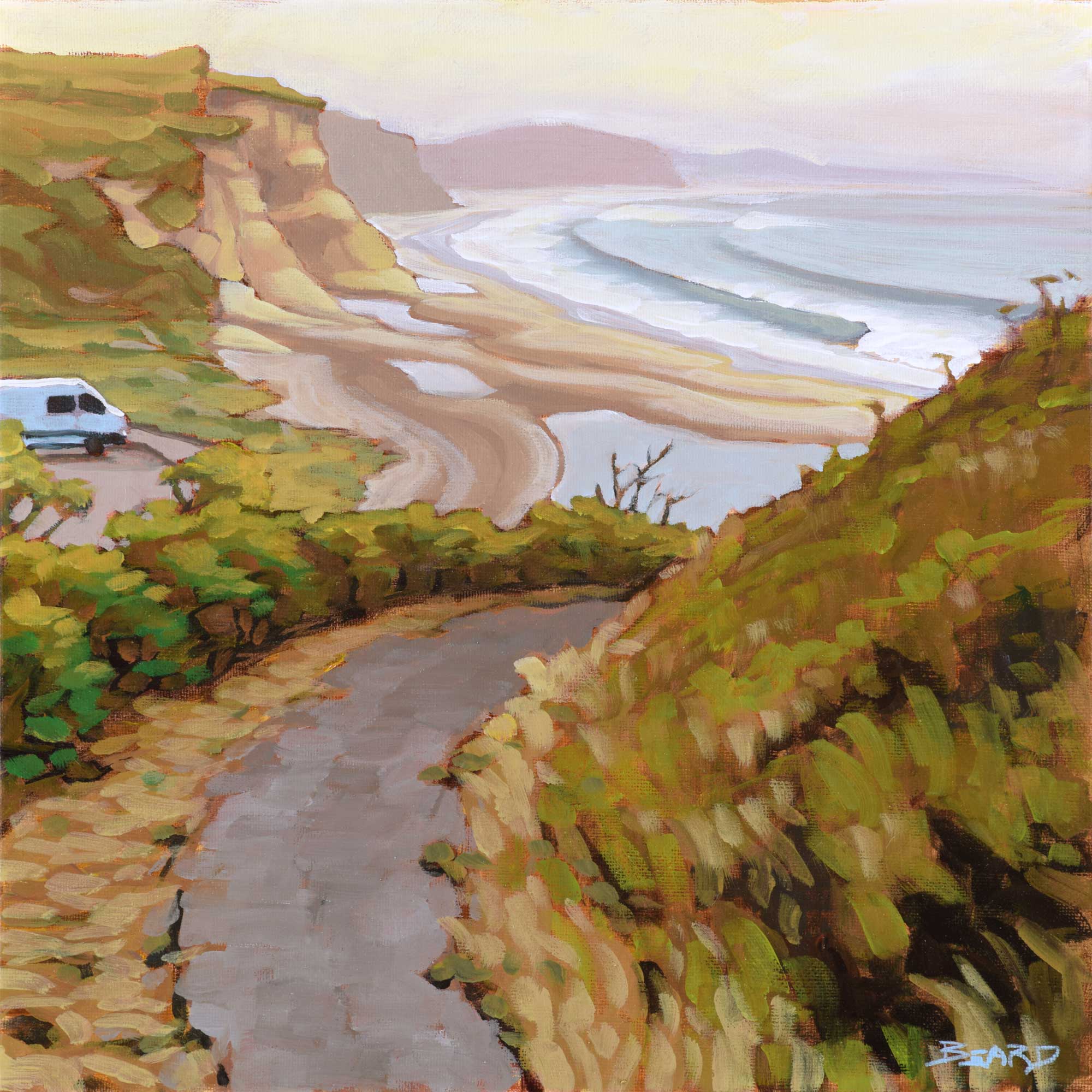 The night before I painted this I stepped into a small bar in an even smaller town to sip a beer and charge my dead phone.

Open mic night was raging for a handful of locals and passer-throughs like myself.

Nursing my beer in the corner by the pool table (only spot near an outlet), and watching a few Mexican fellows play their game, I must have looked a bit too interested because next thing I knew a local had me lined up to shoot a game with him. He chose a poor opponent, I nearly didn’t sink a single shot even after he cleared his from the table.

We got to chatting a bit and I mentioned I’m down from Humboldt, and he says he knows the guy that painted the Humboldt Surf Company sign years ago when they were on the plaza up there. I’m tripping out a bit because he doesn’t even seem slightly familiar to me, but he described the sign I painted pretty well.

At one point he turns to me and for some reason says, “Welcome home.”

I reckon he was fairly stoned, he said so himself anyway.

Through the course of that single beer I had a few other fun conversations as well, one with another artist who saw me painting at the path down to the beach earlier in the day. Another with a musician’s friend who seemed to think they knew me, but this time I was sure they were mistaken. During that conversation one of the Mexican pool players took to the mic with a guitar while a gringo joined in on piano and belted out some numbers that had the whole room hooting and hollering.

Once they wrapped up, I checked my phone and it was charged, checked my beer and it was empty, checked my social interaction comfort level and it was as non-existent as ever, so I promptly checked out for the night and retreated to the dark and quiet confines of my van parked in a residential neighborhood around the corner.

I hit the road at first light, and arrived not too much later to this desolate beach I’d been wanting to explore for years.

After a quick swim I walked up on the bluff to get a better view of this pristine piece of California that I’d never laid eyes on before. I noticed my van in the carpark, and this time I welcomed myself home.