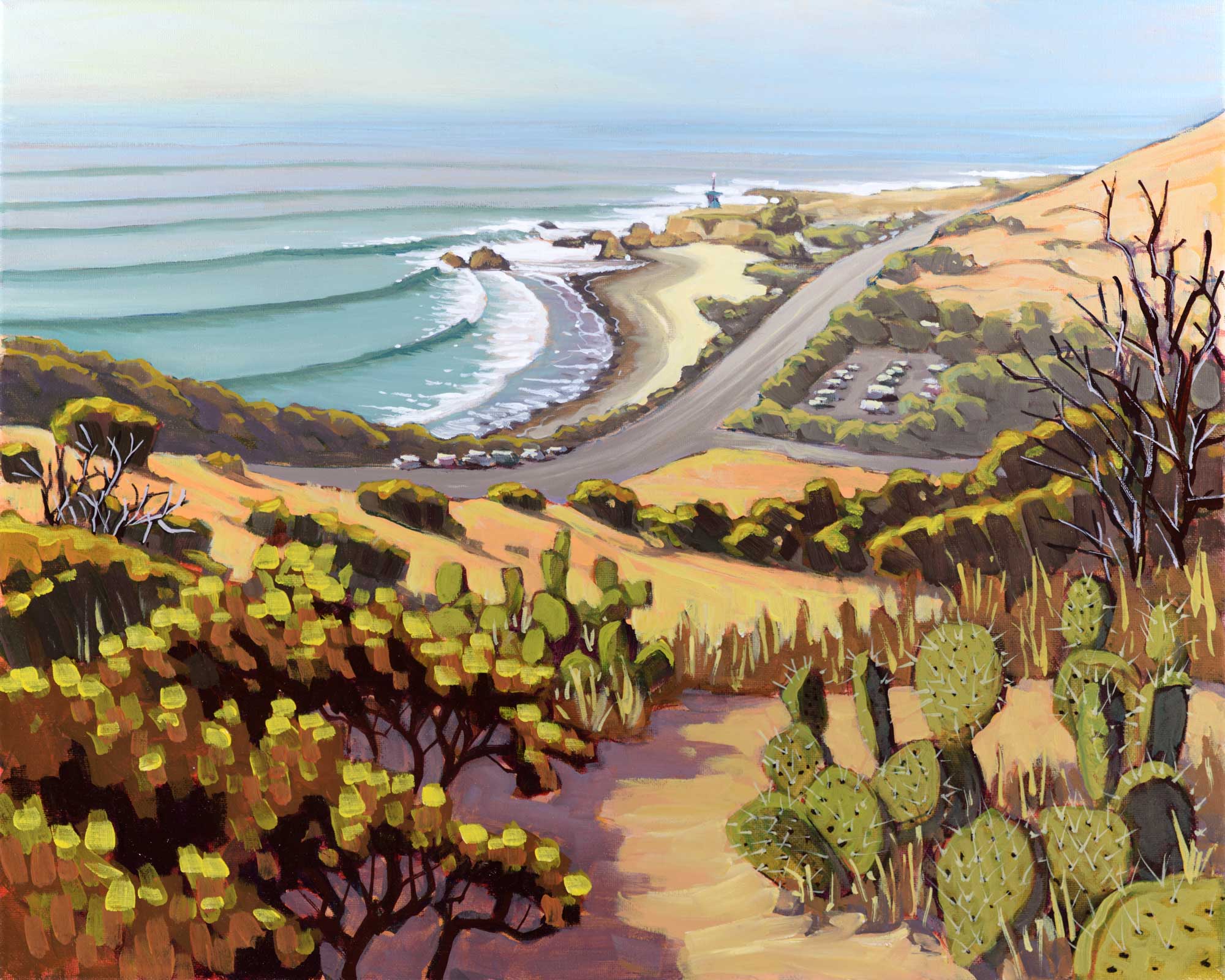 Painted en plein air, summer of 2018
Temperature at 10am: 92 degrees and stupidly humid.

Vaudeville [vôd(ə)ˌvil] noun. a theatrical genre of variety entertainment, typically made up of a series of separate, unrelated acts grouped together on a common bill.

Act one: The rugged beauty of a pristine corner of California’s coast- and a truly magnificent little wave that lines up nicely beside a large rock.

Act two: Tourists peering out from beneath beach umbrellas while shouting at their kids and inadvertently feeding seagulls who are smart enough to know a distracted parent when they see one.

Act three: Perpetual novice surfers who eternally bob around the lineup, pushed along by the wind of their joyously clueless whims.

Act four: A testosterone-fueled circus act where the slightly more experienced surfers, having discovered the art of paddling into waves right beside a large rock, now firmly believe they must demonstrate their prowess by physically paddling into and over one another in the attempt to get closest to the rock and thereby prove their superiority, thereby botching 4 out of every 5 set waves.

Act five: Wait patiently stage-right for the circus act to miscalculate and let a good wave go. This is your cue.