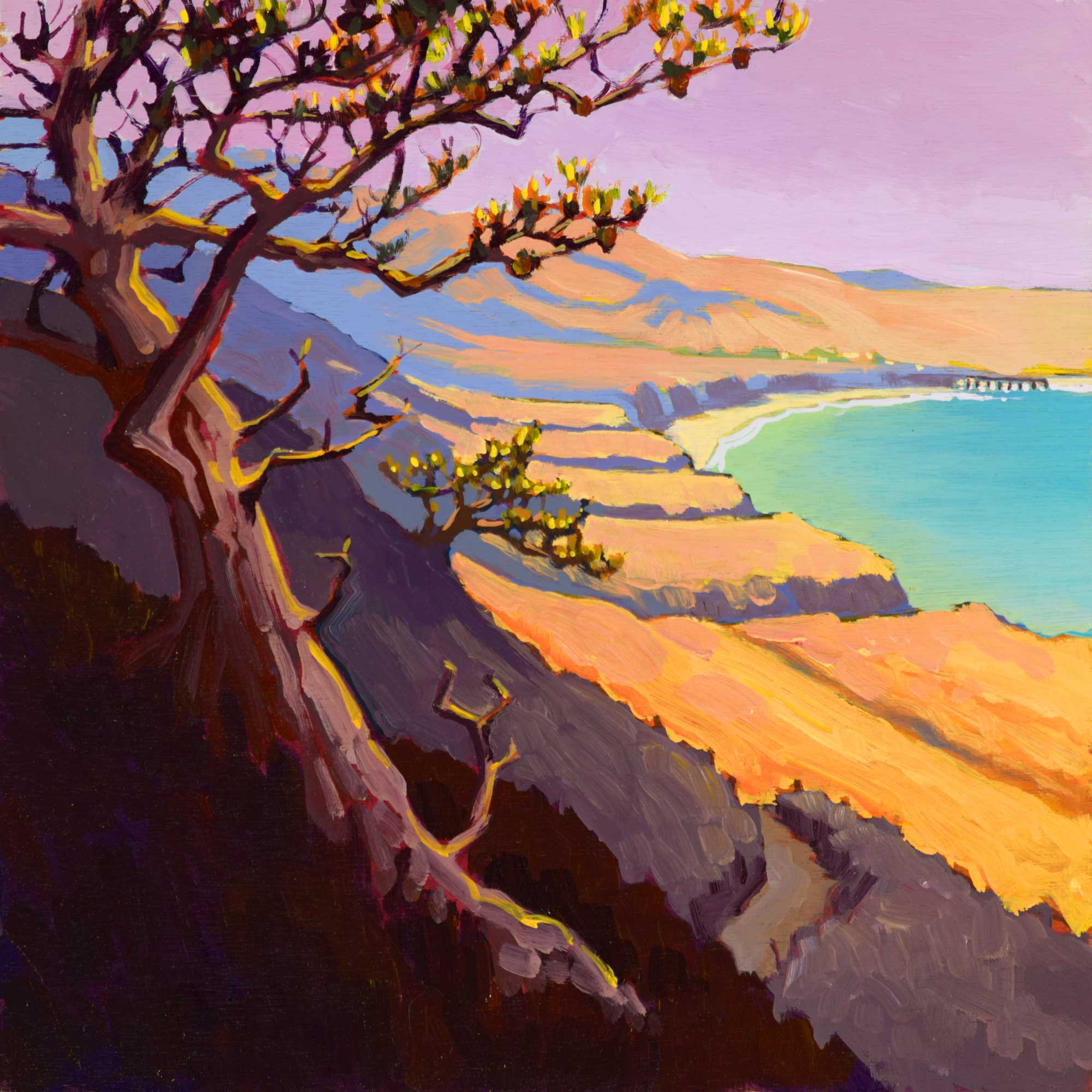 When most folks hear the words “Torrey Pines” they think as much about a rare variety of pine tree as they do a very specific location in San Diego- the state park named for the tree and often touted as the only place in the world where these trees grow.

But don’t worry, I’m not naming locations here, this is nowhere near San Diego, and just happens to be the only other place on earth where these pines are found.

I had hoped to march further up the hill and get a more expansive view of this grove, but sometimes when I see a painting before me, it’s hard to pass up. Especially if the day is getting late and I still have a 3 mile hike ahead of me. In this case I was battling a sense of urgency and perhaps over rushed this one. I had been out on the hills in the late afternoon the day before and really enjoyed the way the sun set behind them but still illuminated the flat alluvial plains that sweep out and form this long crescent bay. I went after it a bit prematurely, anticipating the changing light shift to come, but it wouldn’t happen for another hour or so after I was done with my shift standing watch beside this old Torrey Pine sentinel.

Some plein air paintings are created by reacting to the moment, but sometimes they are a reaction to a memory as well. That was this one.