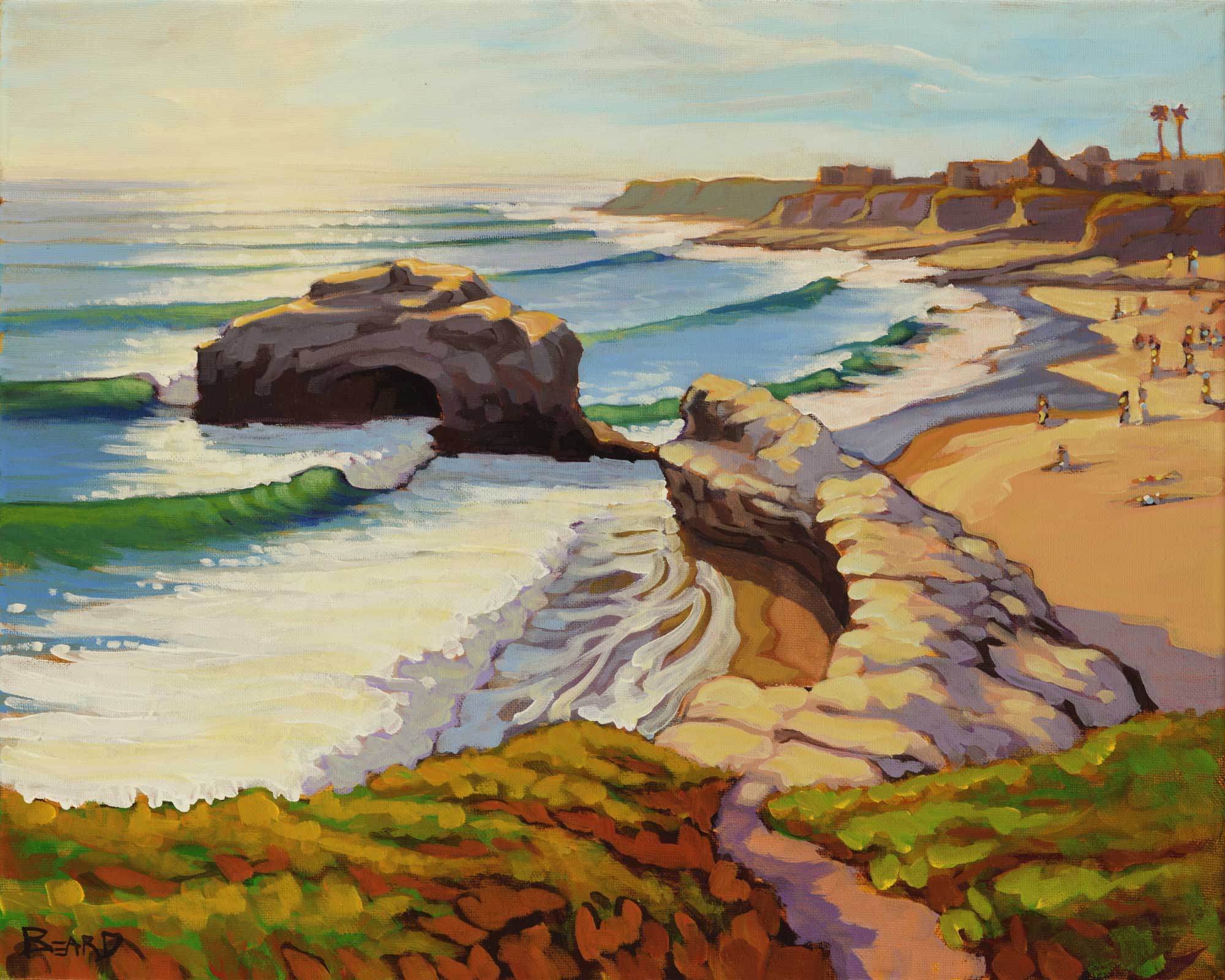 When I rolled up to paint here I was thinking it would be a simple thing to pull up and paint from the back of the van as there is a carpark directly overlooking these rock formations. My first curve ball was when I realized it was posted as a 20-minute zone with the state park there. Instead of getting interrupted part way into a painting I figured I’d ask the park staff what they thought first. They seemed ok with it, but couldn’t promise I wouldn’t get the boot, especially if a “certain” ranger showed up. That was more assurance than nothing though so I figured I’d be alright and headed back to wait for the spot I’d scoped out to become available (shouldn’t take long, 20-minute zone after all). After about a half hour I realized this little truck in the prime spot just wasn’t moving. Due to the angles of the other spots, this really was the one I wanted and figured it was worth waiting for, but now the day was getting long and upon closer examination, the fellow in the truck appeared to be napping, headphones on, eyes closed, t-shirt tucked in his visor to block the sun from his face (and the view as well). Really? I mean he could do that anywhere he wanted, why choose this spot? Oh well, I figured some parking lot diplomacy was in order and proceeded to politely tap on his window and apologize for disturbing him, asking if he could move his rig, and offering him the two beers I was saving for later in exchange for his troubles. He was pretty stoked about the whole thing. They were just plain old Sierra Nevada’s but his eyes lit up and he said he’d heard about these beers, that they were supposed to be super good, all natural, top shelf beers. I wasn’t one to argue, I pulled into his spot and got to work. Never did see the ranger. But it was a really hot day, I could have enjoyed those beers.