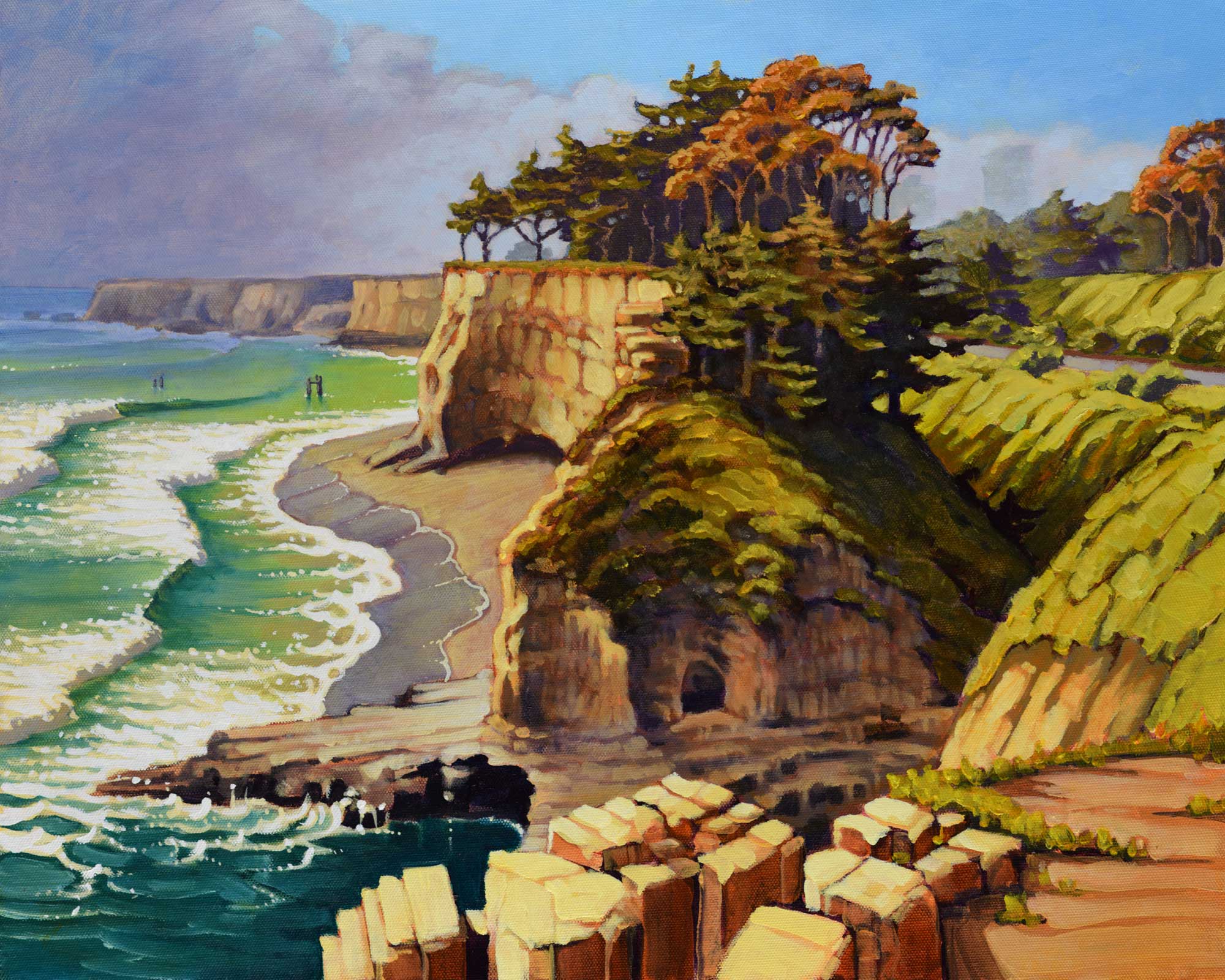 This was a commissioned piece for a couple who was married on the bluff beneath those trees in the distance. It had me thinking of marriage and a song I’d been enjoying by Bill Callahan called Pigeons where he sings:

when you are dating, you only see each other
And the rest of us can go to hell
But when you are married, you’re married to the whole wide world

I thought that was pretty much genius and truth. So I named this painting after the song.

Also unrelated to the title and song and all that, the wind was howling so much so that I had the easel blow over twice even with my weighted pack on it. That’s unusual. I ended up finding some loose bricks from an old industrial foundation and used some tape I keep rolled around my water jug to strap bricks to the windward leg of my easel, which did the trick, but still was a challenge to paint through and I called it a day while the painting was still in a pretty rough state. Had quite a bit of studio finish work to do on this one when I got home later.