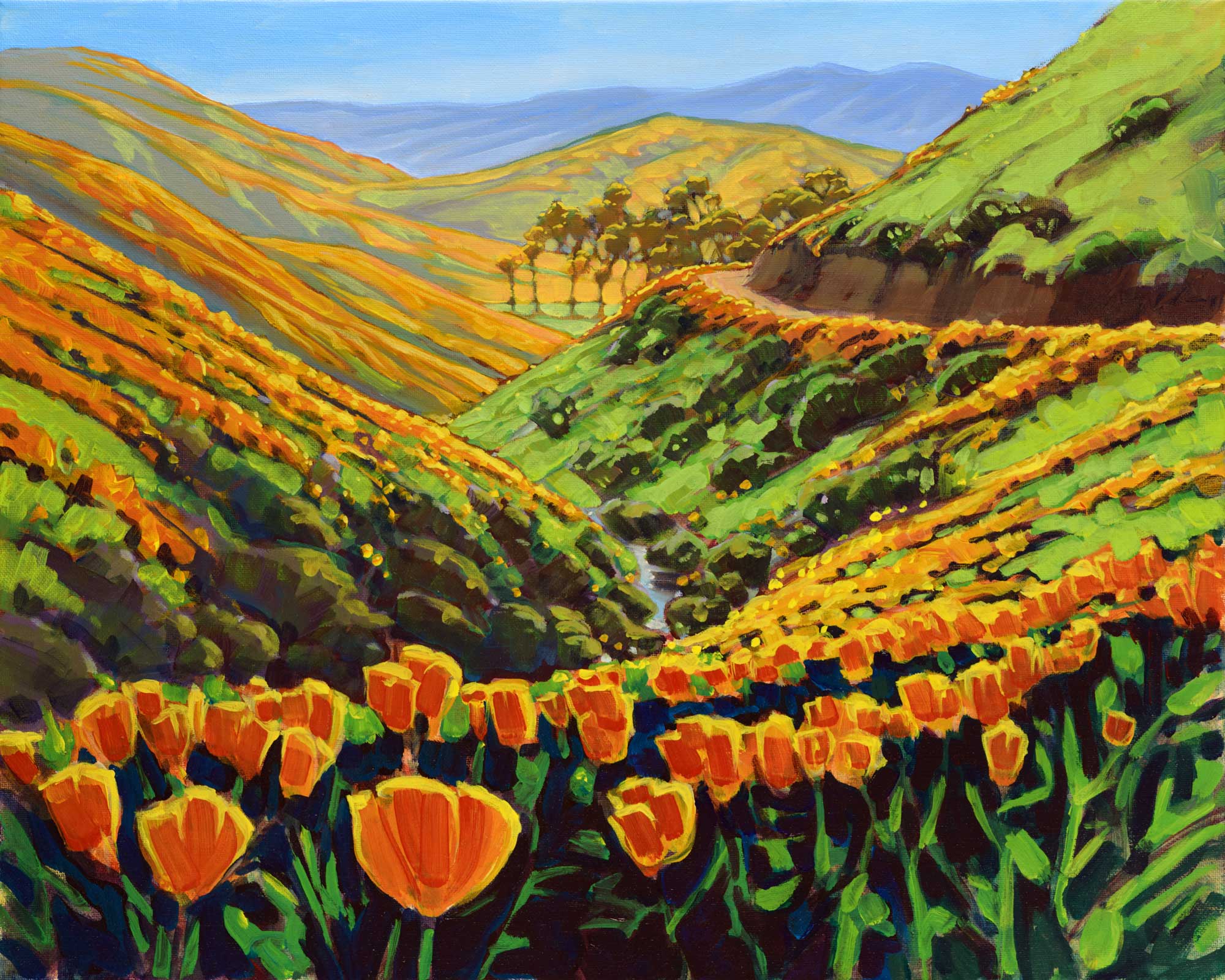 Back in March I made the effort to immerse myself in this infamous superbloom* in southern California. I had so much fun painting these flowers the first time that I stopped on my way back through a few days later, on a weekend no less, and braved the daunting prospect of immersing myself into the onslaught of humanity that had arrived to see this spectacle of color. The intensity of the orange poppies was nearly rivaled and definitely complimented by the intensity of the spring greenery bursting forth from these hills. The Onslaught of Spring indeed.

Sidenote: This was a commissioned piece- already sold and delivered, I know there’s a few of you who were asking for more poppy paintings. I didn’t find as many poppies as I’d hoped on my last trip in May, so we’ll hopefully sort something else out down the line. Spring will come again. I’m sure of it.

*also known as “spring” throughout most of time