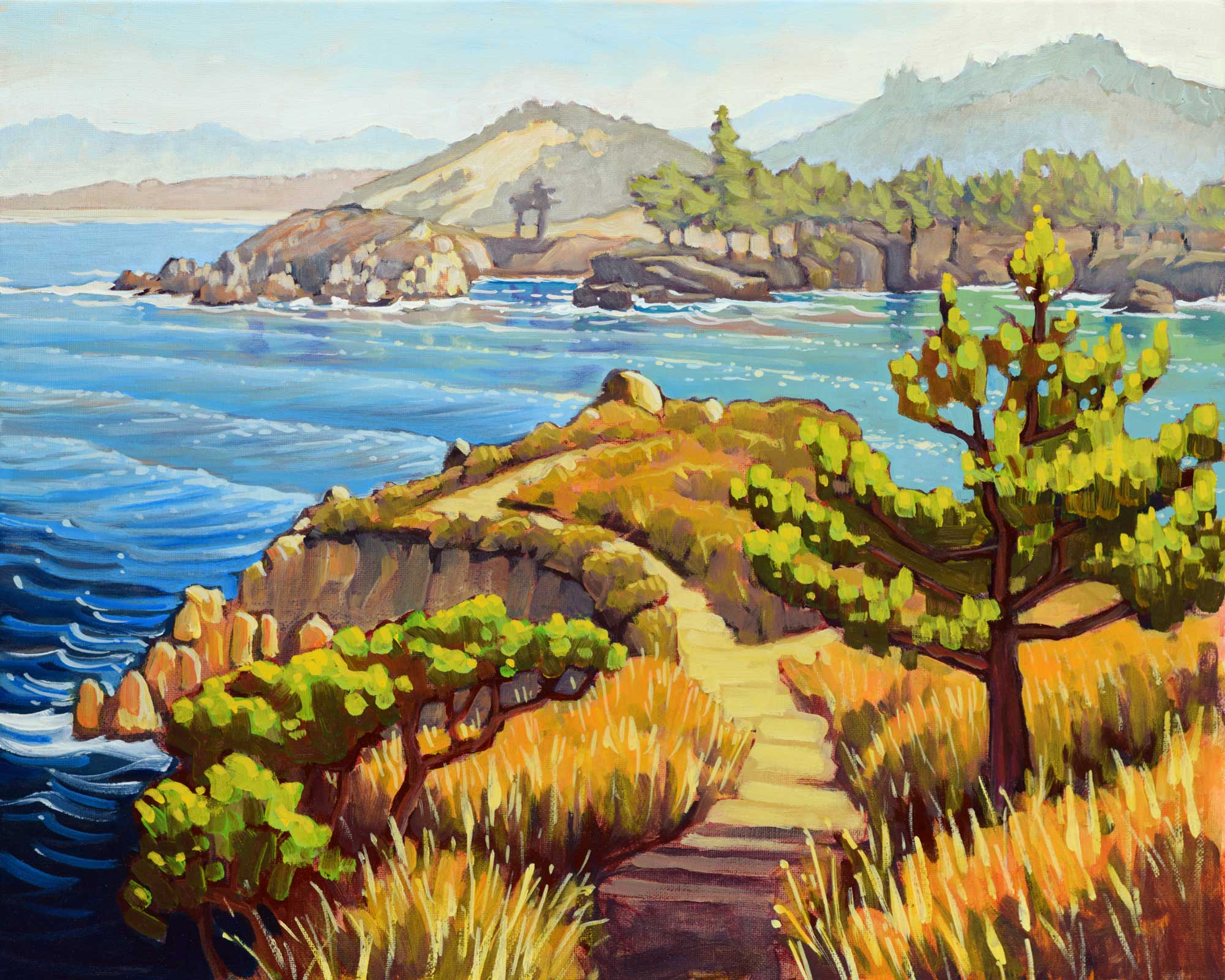 One of California’s prized state parks. I arrived early, knowing the park fills up to capacity nearly every day with a line of cars waiting to enter. I’d made it on time, but my van was too long. Denied.

I had a long way to drive that day, and a boat to catch tomorrow that I could not, and would not, miss. But I’m here now, the sun is out, and there’s parking on the road. The longer hike in would swallow at least an hour, and the painting itself would likely take another three. I might be driving straight to the docks to catch the boat instead of to the house I’d hoped to get a decent night’s rest in. I gambled it and hoped for the best.

A frantic fast-paced hike across the entire length of the park, heading straight for a zone I thought would be ideal, but when I arrived, I found that due to heavy foot traffic, every piece of trail in this park is roped off with steel cables and the rangers mean business. Might not be a big deal for a photo-snapper to hop over and quickly get the shot, but for a 3 hour post out on a rock in plain view was a bit more than I was willing to wager. I’d follow the trail along the entire northern perimeter of the park and find a suitable view from the trail itself. Given the natural beauty, I liked those odds better.

It wasn’t as sure of a thing as I’d first thought. Part of the problem was that awful cable preventing access to many a view. Another part of the problem was the nooks and crags of this headland are just so beautiful I couldn’t help but wonder what was around each bend, so by the time I’d passed up 3 good views I started to realize that the one before those was maybe the best, but by now I’d gone so far I didn’t want to backtrack and surely there must be something better around the next corner, yeah? It wasn’t until I came to this overview of a small bay on my way back that I realized this was my last chance. So I rolled the dice and started to paint.

But my gamble was nothing compared to the one-time owner of this land who gambled it all away to a troop of soldiers in one failed hand of cards. At least I got a painting out of my gamble.