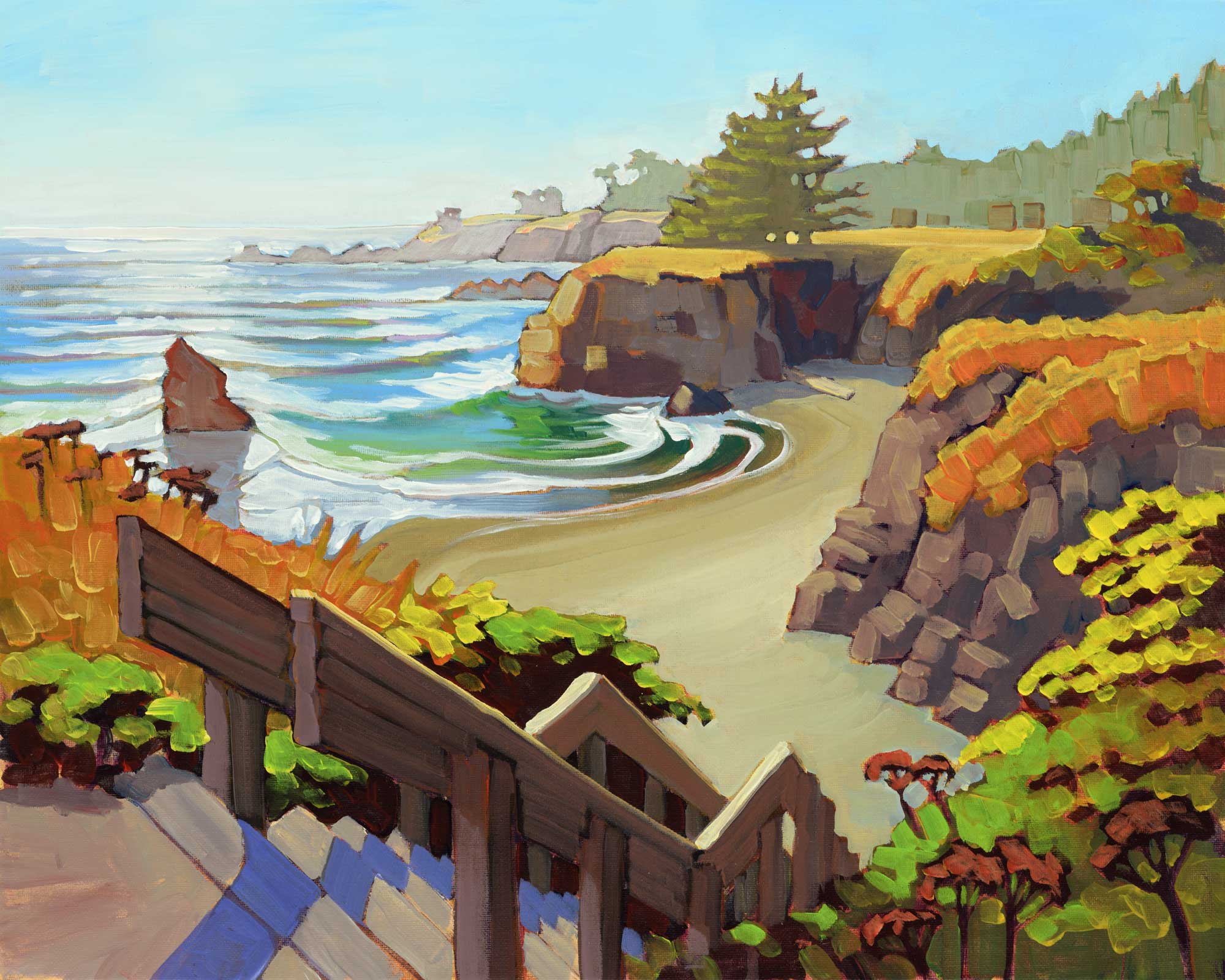 6th day on the road, 18th painting completed, 3rd on this day

I had this place pinpointed on my map for months. Not for it’s beauty, though it doesn’t lack in that area, but because it’s a place that means a lot to a friend that commissioned me to paint it on my next trip through. This is located in a long stretch of heavily regulated private development. Not knowing where the nearest public access was for this beach, or if it even had one, I figured I’d just pull up to the private road that led down to it and accept the risk involved.

I scoped the place on foot after leaving my van in the clearly not-for-public car park. When I returned to get my gear a few minutes later my plan was to leave an apologetic note on my windshield explaining what I was up to and hope for mercy. Instead I found a security guard already writing up an official “VEHICLE IMMOBILIZATION AND POTENTIAL ARREST NOTICE” to go where my note would have been placed. These guys worked fast. I proceeded to explain myself and he explained this was the first notice after which (if I was found again on the property) I would face fines and further consequences.

Realizing this was just a warning then, I read between the lines that this was my free pass to go paint and enjoy this private slice of earth for the afternoon and rub shoulders with this distinctly upper class of exclusive beachgoers, although none of them brought me any Tea and Oranges that Came All the Way from China… that title being a reference to a line from a Leonard Cohen song of a different name that played as I pulled onto this private lane, and also perhaps a sneaky double reference to the security guard who may or may not have gone by the name of Leonard.