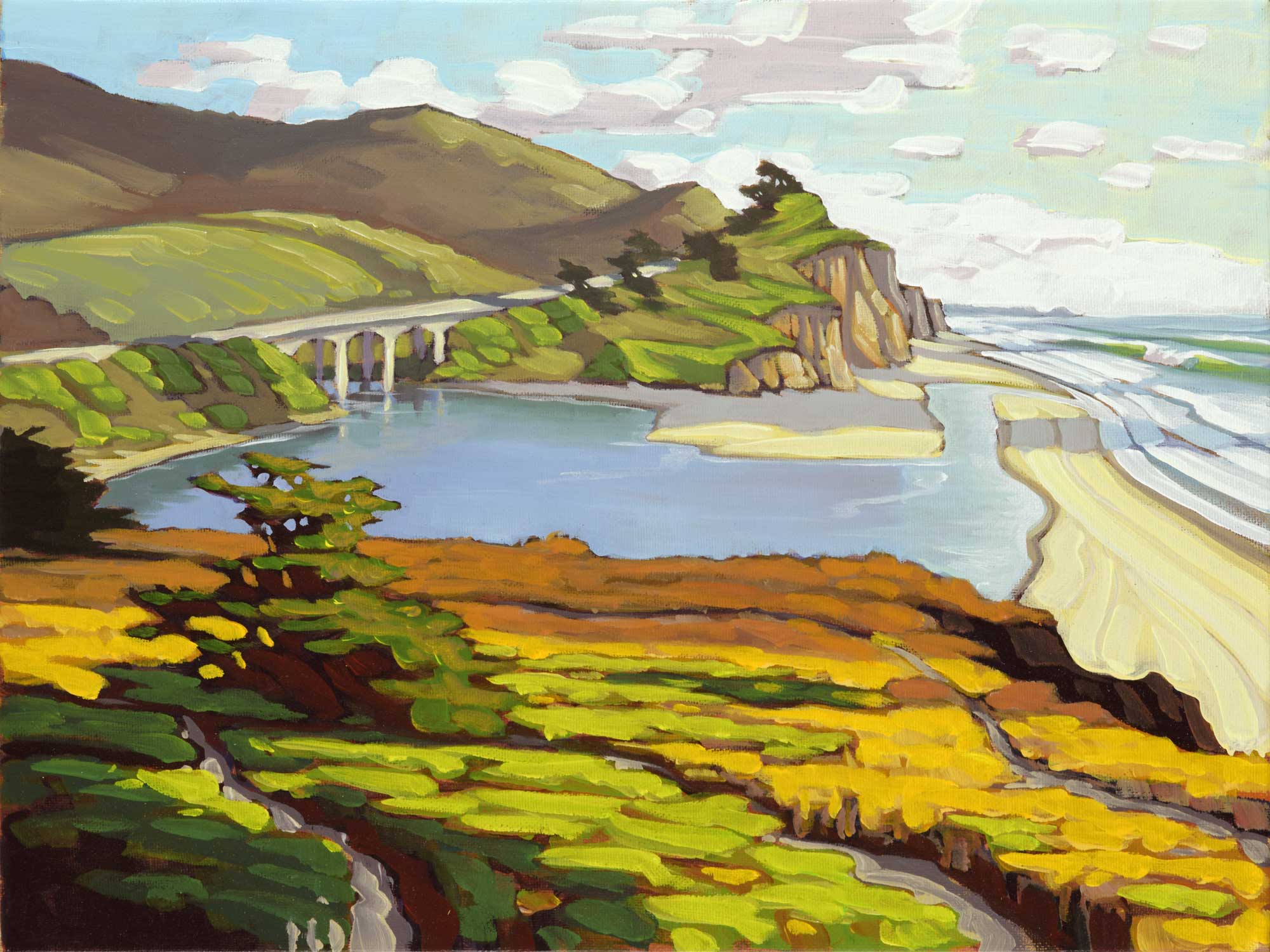 Sometimes you’re a Spanish explorer looking for Monterey Bay on an overland journey from San Diego over 200 years ago with 63 soldiers and more than a hundred
mules.

Sometimes you’re driving around in a large van painting the California Coast on your way to a music festival a few hours north of Monterey Bay.

Sometimes you miss Monterey Bay due to fog and end up way off target above what would later be the site of the town that would be called Santa Cruz.

Sometimes you end up on a several-hour goose chase driving around on the unnamed farm roads above Santa Cruz hoping to paint the view of the vast Pacific from a field of artichokes despite a howling wind.

Sometimes your soldiers are sick and need some rest so you stop at a beach with a wind-sheltered bluff and a clean flowing creek.

Sometimes you give up on the artichokes in the howling wind, and end up at a beach with a wind-sheltered bluff and a clean flowing creek.

Sometimes everyone in the camp gets diarrhea.

And sometimes after everyone recovers you continue on and become the first Europeans to discover San Francisco Bay instead.

And sometimes you paint a little painting like this instead.