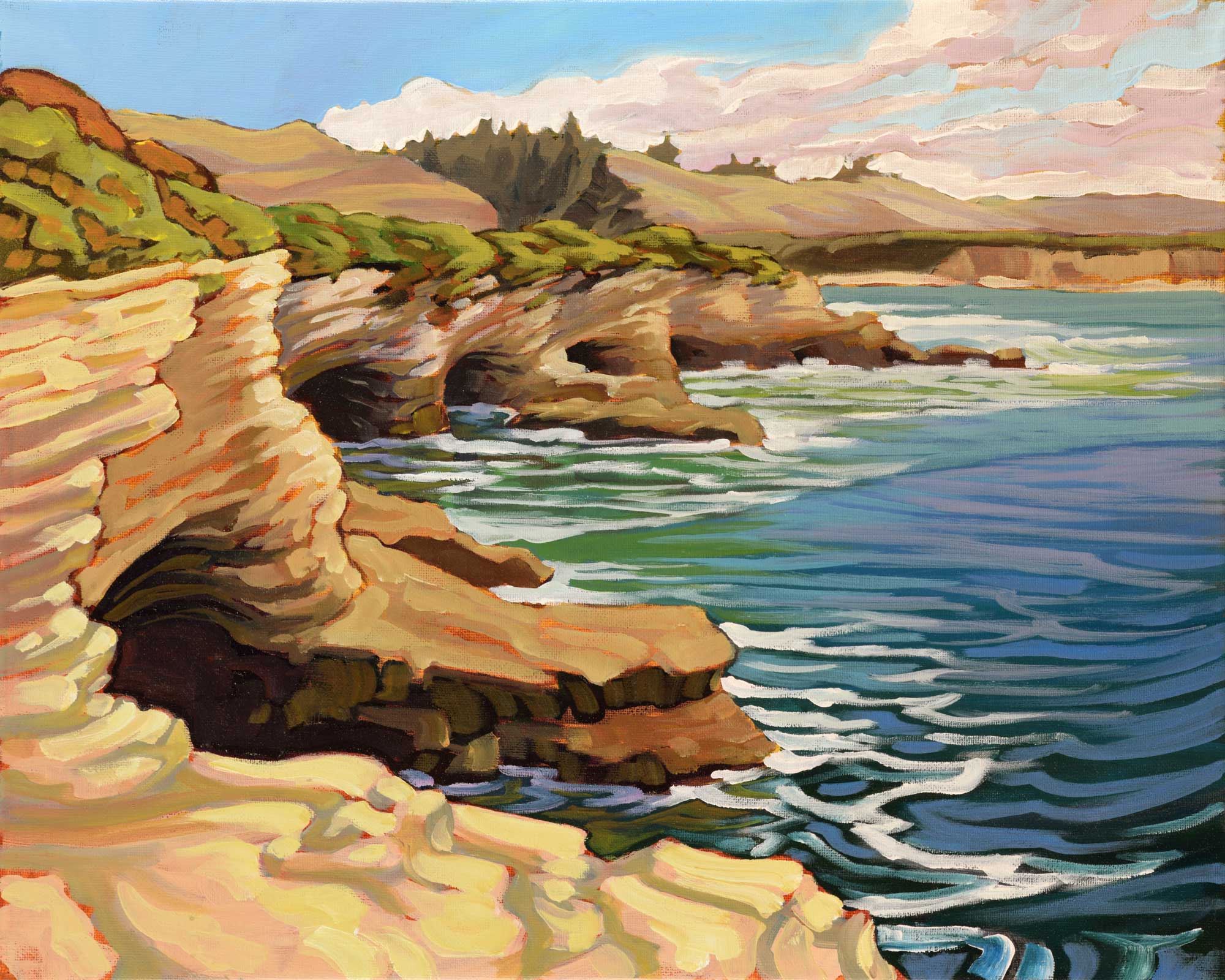 I’ve heard this site was one of the oldest human settlements in North America. Long departed now, nothing remains but a hill of discarded shells surrounded by windblown dunes. And the wind. The wind has always been here. It was already blowing steady with undertones of far greater force to come and it was only mid morning. I had a dilemma. There was a broad rocky plateau from which a finger of precipice extended. The plateau had nice views and was lined by an eroded dirt bank providing excellent wind block. The view I sought was out on that finger though, and as it was the wind was blowing full force into it, slamming into the face and rushing over it toward the caves. A dicey spot to paint from to be sure. In these times I always take a moment to seek direction. Even in the noise of life there is always Silence around us, and within that Silence, a Voice, easy to miss, but impossible to ignore. “Go out to the edge and paint. Beauty is never without risk. I am with you” Ok. It was quite an ordeal getting set up, requiring total concentration on each movement and considerations of flight risks for each element involved in my painting process. In the midst of all this, other voices were present in the wind. Not threatening voices, but not welcoming either. The Silent Voice seemed to be speaking back to them and I was in awe of the conversation taking place around and within me while standing out on this precipice unknown and unseen by a single soul. Mists of white blew past me as I painted, passing over the precipice I was standing on and swirling down into the caves below. I wasn’t sure what to make of them until one blew right into me and I found myself being pelted by sand. From where? The nearest dune around was the base of the mound left behind by the ancients a hundred yards up the coast. Nature’s poetry. A more appropriate body for these voices could never be found. Quite relieved that myself, and every bit of my gear, and this painting (embedded with sand) all survived without taking flight. Thanks be to Silence.