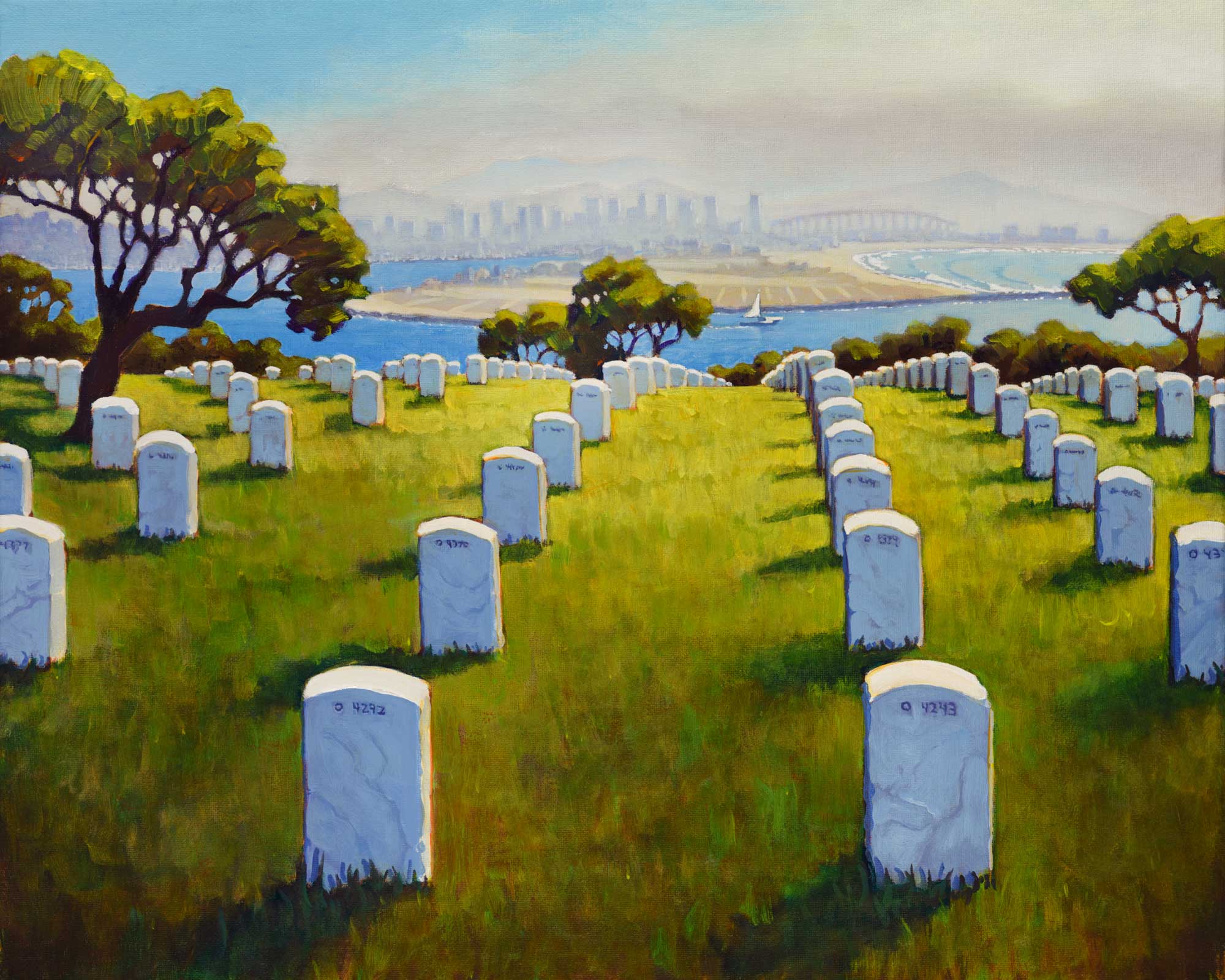 Not this day. This day was bright like the eyes of a child whose father makes it home alive.

The man in uniform called me by name. A quick hello and he continued down the path. After he’d gone and for another while after that, I puzzled how he knew my name, trying to place his face in the graveyard of my faded memory- but he was nowhere to be found. Wrong graveyard. He was in the here and now as he came back up the path.

“The most beautiful place in California”, he called it. It certainly is unique, and while I’ve seen a lot of California and wouldn’t have necessarily chosen that description, I can see his point. Especially after learning that his grandfather is here, and his father, and his brother as well. Beauty is often a measure of meaning.

Still trying to place where I knew him from, he’d become deeply familiar in those few minutes of conversation, I finally break down and just ask him plainly where we knew each other from.

A puzzled look. We had never met before.

But wait, didn’t you call me by name when you passed by earlier?

“Can you repeat that?” He turns his good ear toward me now.

Earlier when you walked by here, didn’t you call me by name? You said “Good morning, Matthew”?

“Must have been the wind, I guess”

We bid farewells and that was that. An awkward encounter in a place of profound importance.

High-fives to all the veterans out there today.