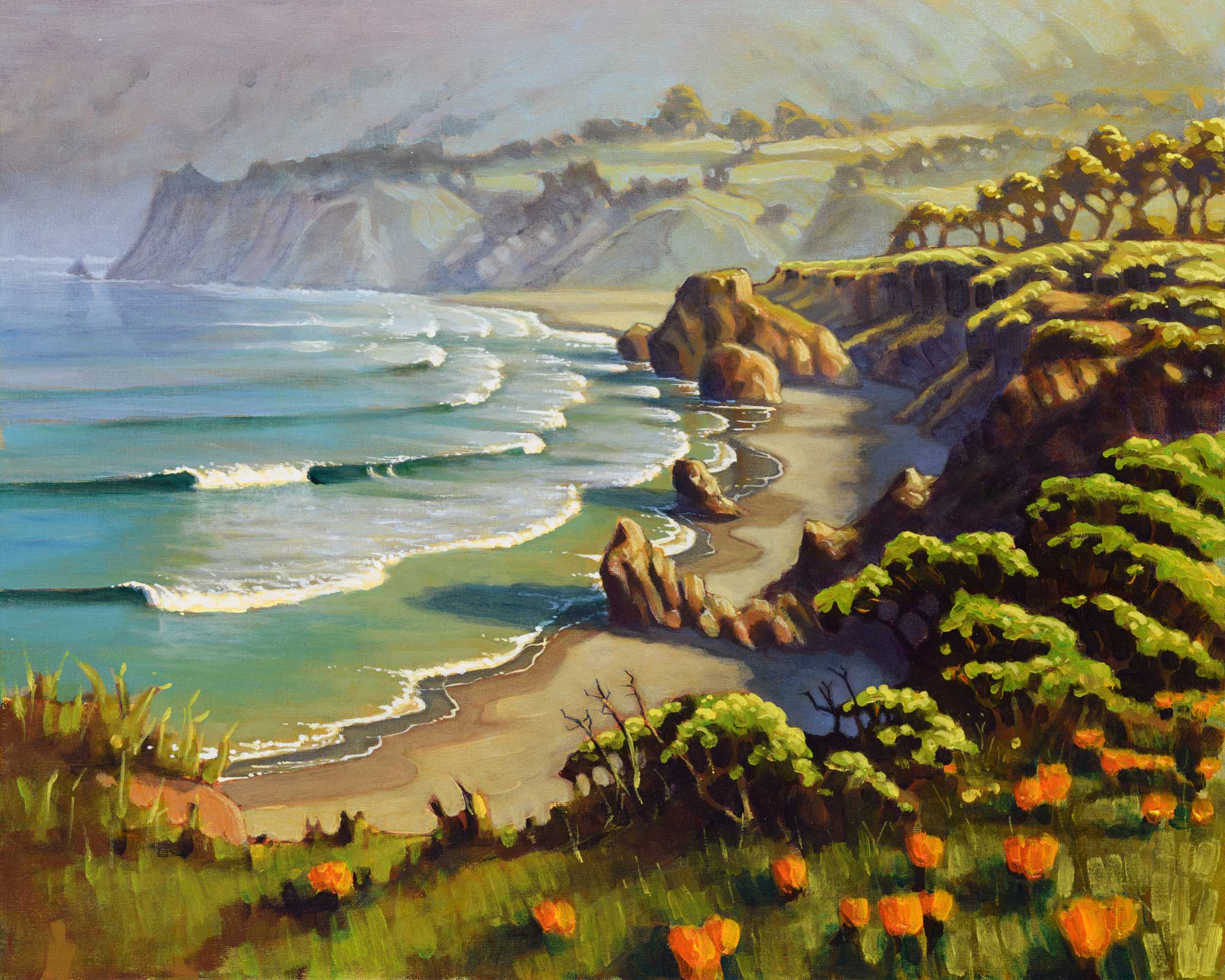 A road closure not too far north of this headland made for a quiet night sleeping on a highway pullout. The view I'd come for was obscured by the marine layer which hovered about 200 feet above sea level so after a quick cup of coffee and some grumbling in the mist I made my way down to a gap in the barbed wire fence that I spotted passing through the previous evening.

I'd wanted to explore this zone in the past but had been met with barbed wire, no-trespassing signs, and poison oak encroaching all over what might have been a footpath behind an abused portion of fencing. There's times we face challenges that we must dig deep to meet. That's when we see what we're really made of.  In this case I dug deep and found an excellent reason to go somewhere else. I don't recall the reason, but it was pressing, let me tell you. Otherwise I'd have ventured boldly onto that sketchy poisonous path in a heartbeat. Ahem. Yes.

But I told myself I'd come back another day and this was the day. In a fortunate twist of fate, I was greeted this time by signs stating that the trail was open to the public during daylight hours. And through use the oak had been beaten back into a much more manageable submission beside the path. I should have grabbed my gear right then, but I got so excited that I charged down the path driven by curiosity and coffee and made my way out to this vista greeted by poppies and a sweeping view up the coast.  Stumbling on this scene after being denied in the past was like living through my own personal rags to riches story.

Sure, I had multiple commissioned paintings I needed to get done today, and sure, the fog had lifted and mostly burned off so I could have made a mental note and come back for this after being responsible and getting my paid "work" out of the way first, but I'd already left this place for another day once and I wasn't about to do it again, so it was off to the van for my gear and back again.  A good way to start the day.

Also of note: came across a big fat snake in the grass on my way back out the second time. Probably just a garter snake of some kind, but he was a thick one. I try to tread lightly out there anyway, but after seeing this bugger I tried my best to float over the trail instead.