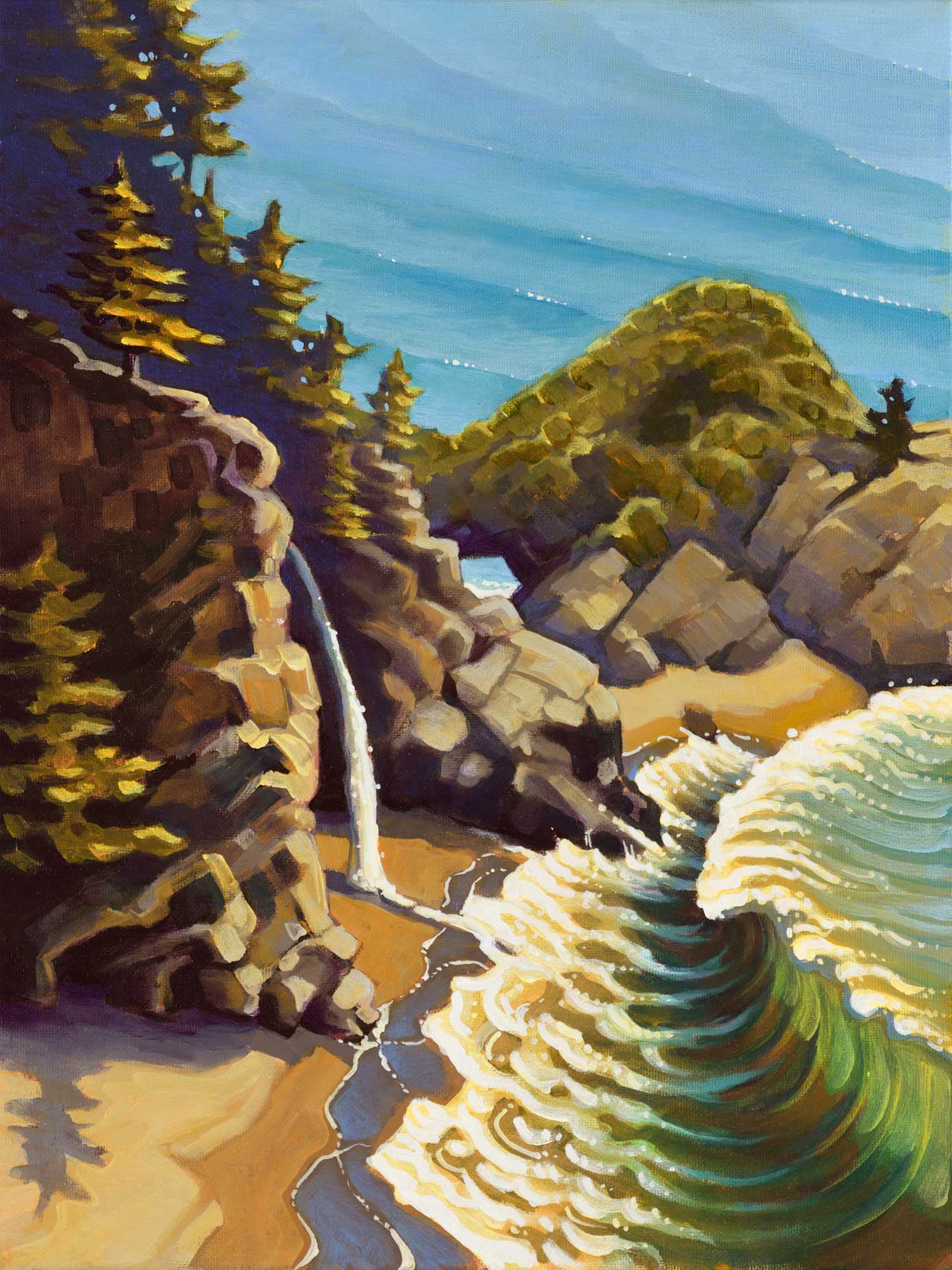 Nowhere Else to Go

You might be the raindrop drifting freely from a cloud, your flight abruptly ending in earth.

You might be the stream gathered from many mountains rushing down the valley locking into every twist and turn, hypnotized like a teenage race car driver, your mad dash halted by the edge of a cliff and suddenly you are a raindrop once again.

Or you might be the thermal energy stored up and released in the wind and transferred to the ocean as you march a thousand miles, flinging water molecules in a great circle behind you as you run at the pace that your slow decay calls for until one day it all comes crashing down and you meet a steep beach beneath a waterfall and in your final breath your exhalation sends water droplets into the warm air to become part of the atmosphere and eventually yes, a rain drop.

Or you might be me grumbling along a tourist coral herded like cattle until you reach a fence across the trail cutting your trip short and forcing you to stop in your tracks and paint the scene from where you stand, damn the stinkeye you get from the occasional tourist who is certain that your sprawling art setup is hogging the only photogenic spot on this wickedly shortened trail.  I tend to be a water person, I flow around things rather than push through, always seeking the path of least resistance, letting gravity pull me along, but just like the rain drops, sometimes there’s just nowhere else to go.