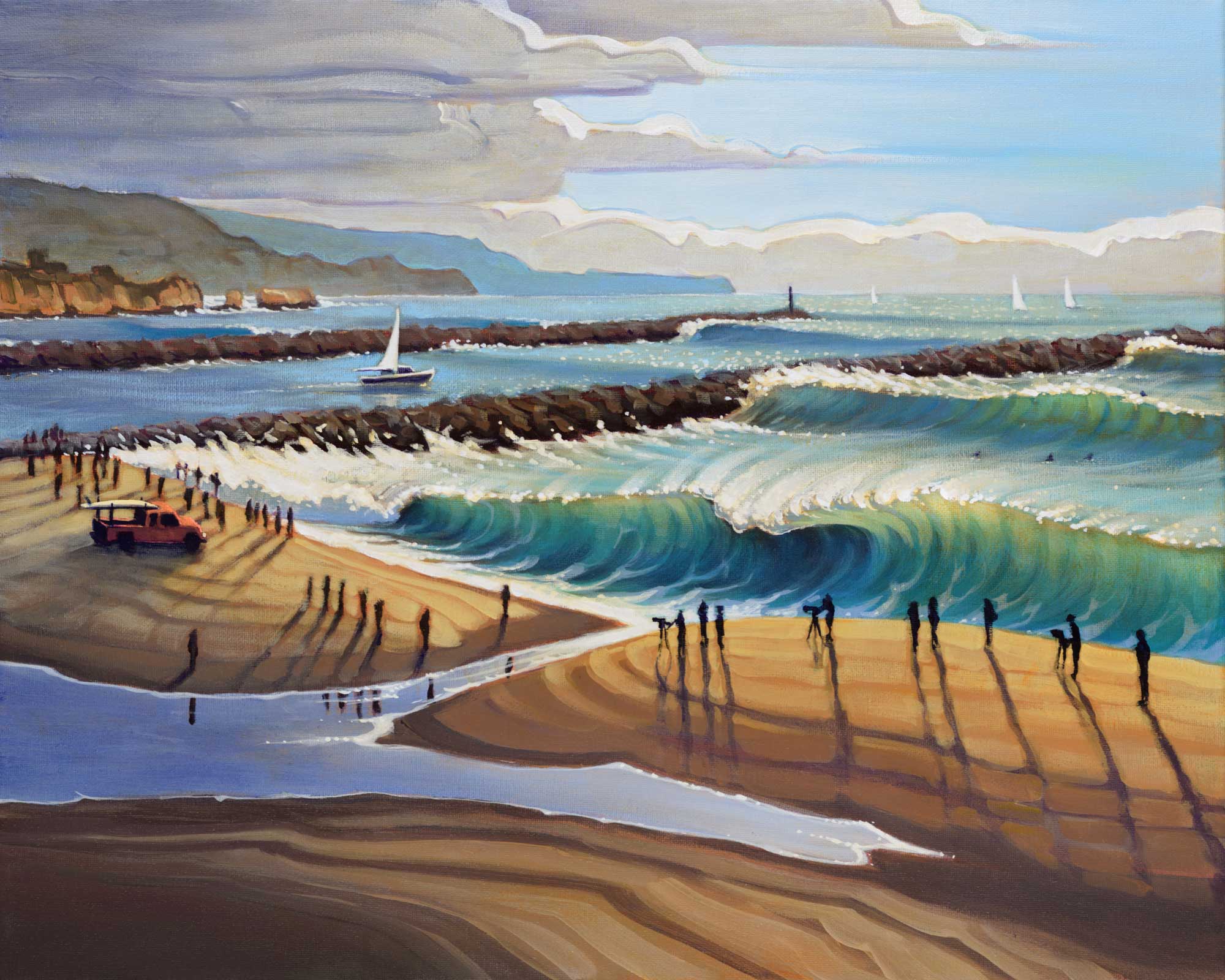 To be honest I don't know why I'd never painted here before, I've painted a lot of Orange County beaches, both iconic and off the beaten path, but none more famous in modern times than this one. On any south swell you can expect to see footage and photos all over the internets and newspapers (where they still exist) and the nightly news on TV, it's hard to escape.

The day after I painted this I ate a bowl of cereal at my uncle's house in long beach and there on the front page of his morning paper were photos of this place, surfers being swallowed whole with no chance of escape. I recognized one of them specifically as a ride I had witnessed while painting this one.

Speaking of photographers I probably wouldn't have gained this particular perspective if it wasn't for one of these photographers. I wandered the entire beach on my arrival, the first time I'd been here in a very long time, and definitely the first time I'd scouted a painting here. I was drawn to this further vantage point that looked across the harbor and still caught the action out front in this gladiator pit of a surf spot.

As I was setting up near a lifeguard tower I got to talking with one of the photographers who was using the tower for a shooting platform and when I complimented him on his choice of vantage points he told me there was plenty of room up there if I wanted to paint. One thing I try to avoid when painting is setting up in a spot where I might get booted out before finishing and that was my concern here. Knowing the area well, he explained the lifeguards wouldn't be using this tower at all today and that was all the assurance I needed.

And indeed he chose the best seat in the arena as far as I was concerned. Look him up: Jeremiah Klein (@miahklein). You'll be stoked.

After he left there was a steady stream of photographers that made use of this platform as they made their rounds documenting the action. It's definitely one of the more unique ocean arenas in California, and up here in the nosebleeds section of the stadium we could see it all. One day I'll have to come back and get something that focuses more on the warping beast of a wave itself, but for my first crack, I was pretty stoked to come away with a painting that tells a bit more of story.