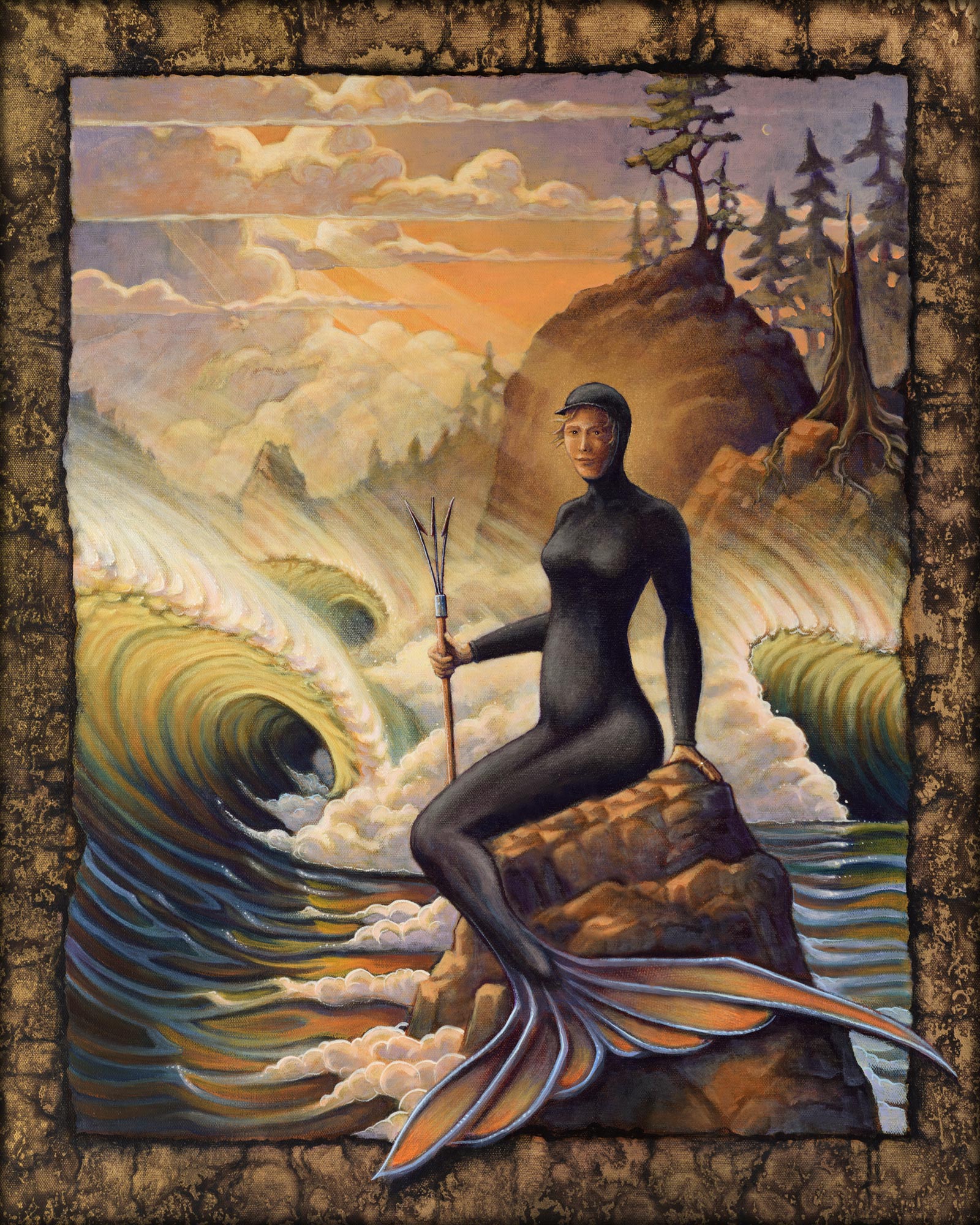 At last! This one was 7 years in the making- just a quick pencil sketch way back when, set it aside, and forgot about it until I got a call back in November asking me to paint a “slutty mermaid”. That wasn’t gonna happen. But it reminded me of this idea for a north coast mermaid. She is strong, she is content, she thrives in a harsh and unforgiving environment. She is beautiful, but her beauty isn’t flaunted to feed or lure any depraved eyes. She is who she is, and she is No Mere Maid.⠀
⠀
The original sketch was just a whimsical idea, but as I started painting her it was like a well opened up and began overflowing with ideas. She’s wisdom personified as the divine feminine in the book of Proverbs. She’s the classical ideals of truth and beauty that we only see in glimpses, forever out of our mortal reach. She’s the one Dylan sings about in She Belongs to Me (although from his lyrics I don’t think she belonged to him, or anyone else either). She’s the sea itself. She’s a mirror held up to our soul as we wrestle with the oft-used archetype of the mythical mermaid. She’s all of those at once and more.