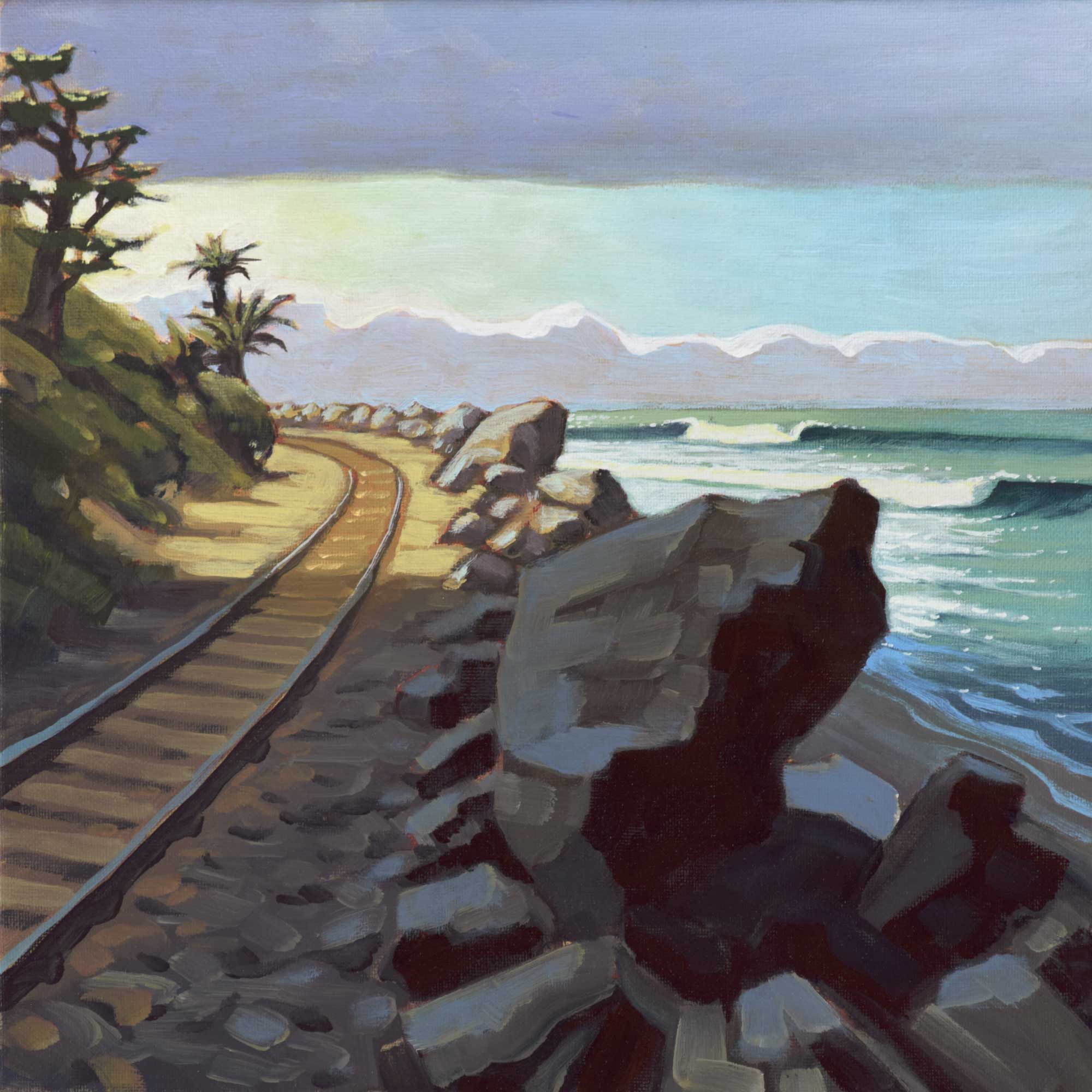 I was thinking this would be a simple little painting to start my day. It was in some ways. But it was also a bit nerve-wracking. Nestled between boulders I painted the morning away, and marveled at just how quiet the trains that run this line have become. I barely heard them coming. The stretched cotton canvas hummed in vibration as they passed by just a few steps away. I was safely out of the way where I stood, but it was startling every time one snuck up on me. At one point I was visited by a security guard for the ex-president’s compound just behind me. I thought I was getting kicked off the tracks, but apparently he didn’t care much what I did. He had a call that some idiot was standing on the train tracks down below (I wasn’t on them, just near them) and he had to respond to it. He made sure I knew it was stupid to be there, and I assured him that I was smart enough to know just how stupid it was, and with that he was off and back to his tea and scones or whatever ex-presidential security guys do when they’re not investigating idiots on the train tracks. No harm, no foul.