I had just finished a piece from the other side of this hill looking up the coast to the north. As I painted that one, what started as a windless day quickly changed. The whitecaps had enveloped every piece of water in sight, inside the kelp, around the headlands, pretty much game over for painting outdoors.

But before leaving, I wanted to see the view from the other parts of the hill and when I looked out over this side, I saw this painting. Right then, right there. The warm iceplant in the foreground, the cool windcapped sea, the distant fog bank, all of it.

I knew I wanted to paint it, but I was fighting a stubborn cold, and after wrestling my previous painting to completion in the wind, I was rather beat. It’s a character flaw I’ll be the first to admit- I am rather lazy. I look for reasons to not do things. And today there were about 35 knots of reasons howling around this mountain by the sea.

What to do? Come back another day? But there was plenty of daylight still left. The surf wouldn’t be good anywhere in this wind, so it’s not like that was an option worth considering. What else was there to do?

But still, nothing in me wanted to push on at the moment. I headed back down the hill to the van to consider my options.

Now, I’m not too good at religion, but still I often talk to God and believe God speaks to us as well. Call me nuts. It’s all good. You may be right. I asked God what I should do, unsure if it was a good idea to push myself back up the hill and keep working. The answer wasn’t an audible voice, but it was clear all the same, it was a thought that really did not seem my own...

“You are man, you are made of mountain.”

Whatever you choose to make of that, it had the effect of getting me all fired up to get back up on that hill with a fresh canvas and get after it with the intensity that the conditions required.

3 times it blew off the easel. Once, it hit me in the face (a first). It never held still. The sparkle on the water was painted by simply holding the brush near the canvas and slowly moving it around, letting the wind slap the canvas into the brush.

I had to hold the easel with one hand nearly the entire time, while painting with the other.

I yelled.
And fought.
And wrestled.

It takes more than wind to level a mountain. 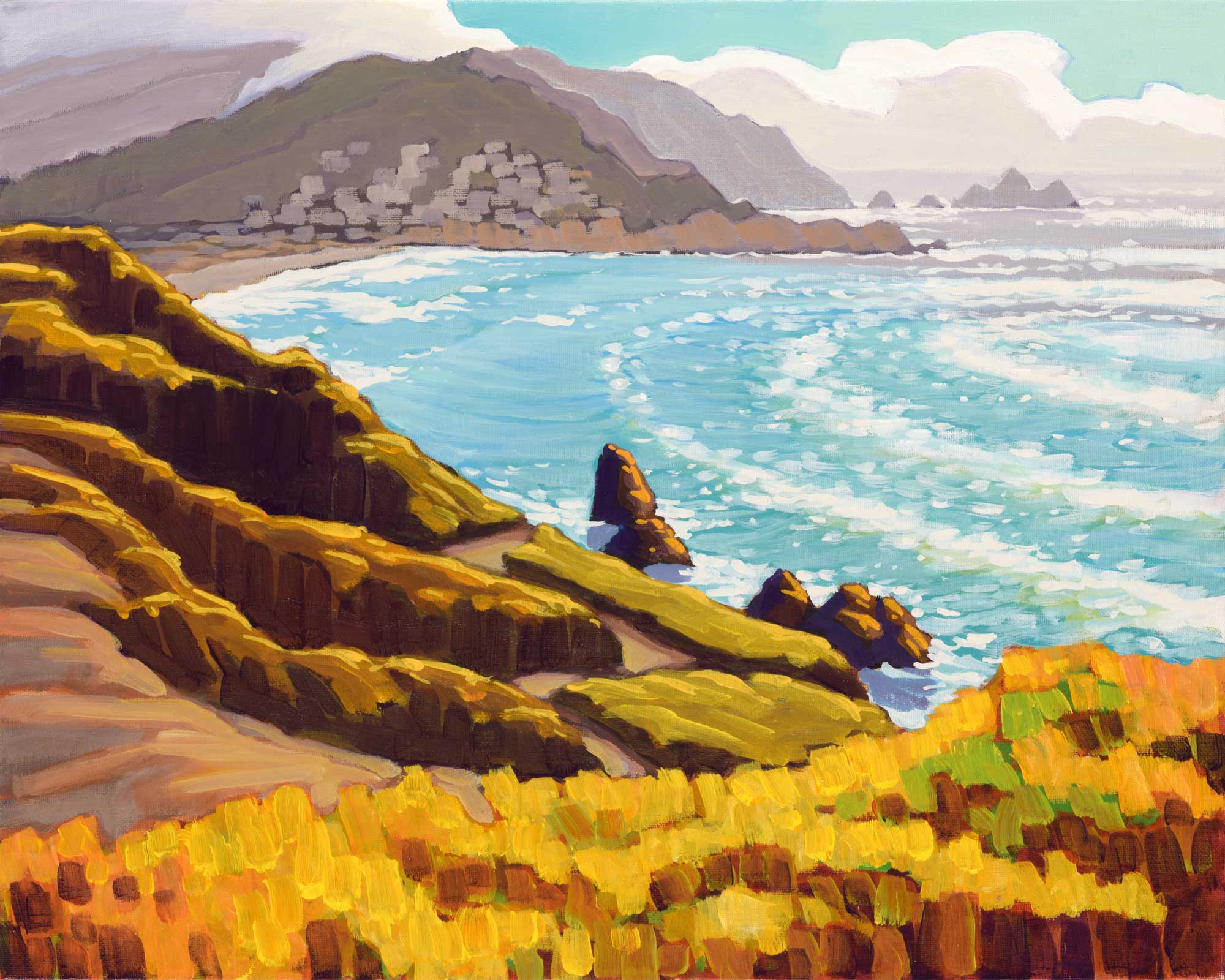