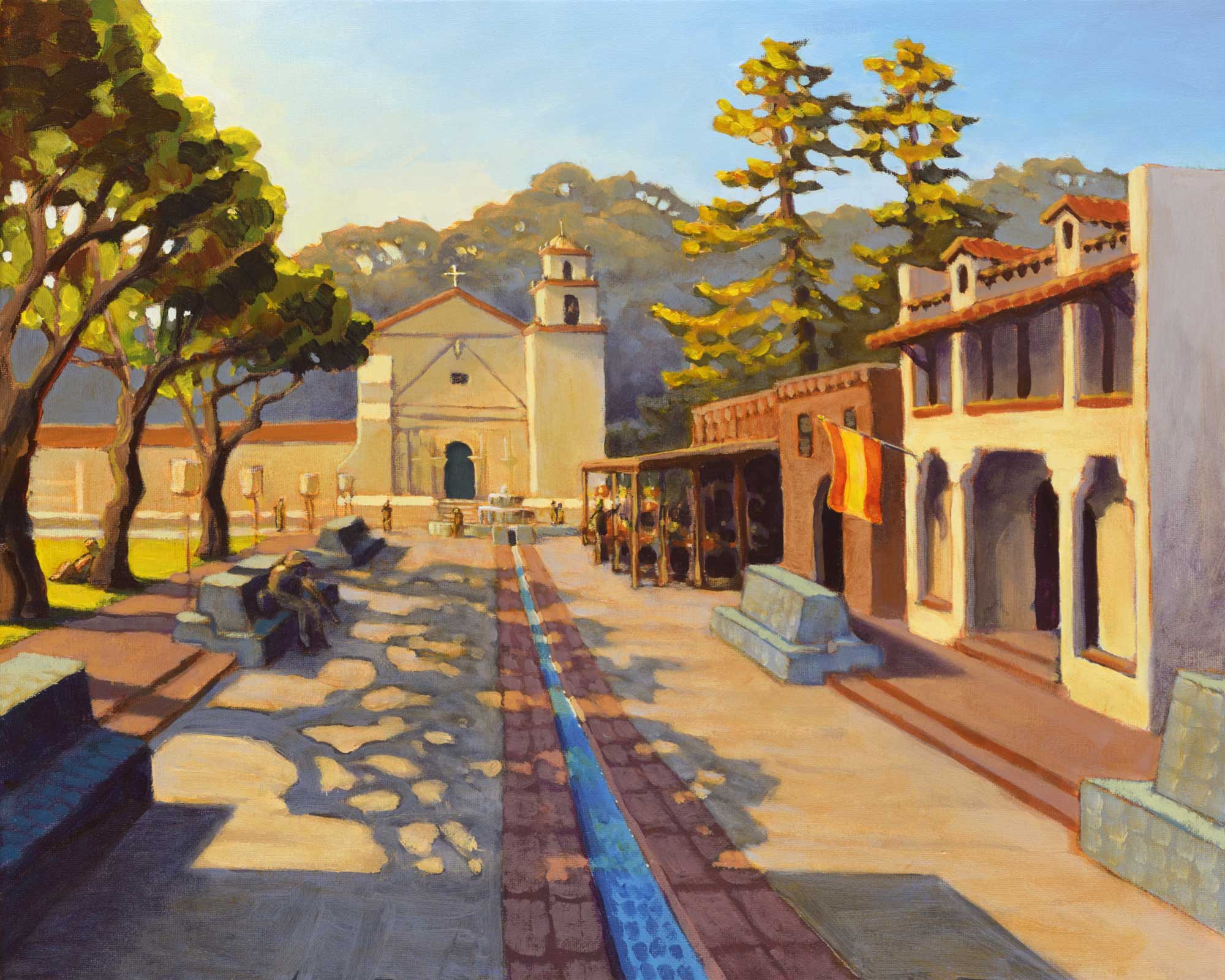 It’s good to have an exit plan. Sometimes it’s a quick exit out the backdoor. Sometimes it’s a longer game, like a sea captain who plants Norfolk pines wherever he lands should his ship’s mast be burnt by pirates or broken in a storm.

And the exit isn’t always what we think. One exits a life of hunger by stealing horses. One exits a life as a thief and turns to religion. One exits a house of religion that weaponizes faith, and instead turns to love any and all in the streets outside. And one exits their life in the end knowing they were one that answered the call because they knew what it was like to have their own calls unanswered.

On the day I painted this, I wasn’t thinking of reaching out to anyone and I had no plan other than to exit with a painting. This was mid-pandemic, the occasional couple would hurry past saying nothing at all beneath their masks- the distance being kept wasn’t only physical. It made for a quiet scene that in other times would be crowded with people enjoying a beautiful afternoon. The few that lingered here weren’t concerned about any of this. No masks, no distancing. Eager to talk through missing teeth. Curious about my painting… and what else was in my bag? Friendly enough, but opportunistic as they had to be living out on the street. I began to question whether my exit strategy was sufficient.

Then I heard a voice calling from the tiled bench where a large man sat just a few paces away. A crutch beside him, he was asking for help to stand up. His outstretched hand was filthy, who knows where it had been? But he wasn’t asking much, just to be heard and touched. And besides, my hands are never all that clean and I can never really know where they’ve been either. All at once I was the ex-padre who knew how it felt to have no one’s help. After joining hands and lifting him up, he moved himself a little way up the promenade and would repeat this again with several other passerbys. I had passed the test and made my exit a short while later with this painting to remind me of the time I met God on the street beneath the 9th mission built in California.