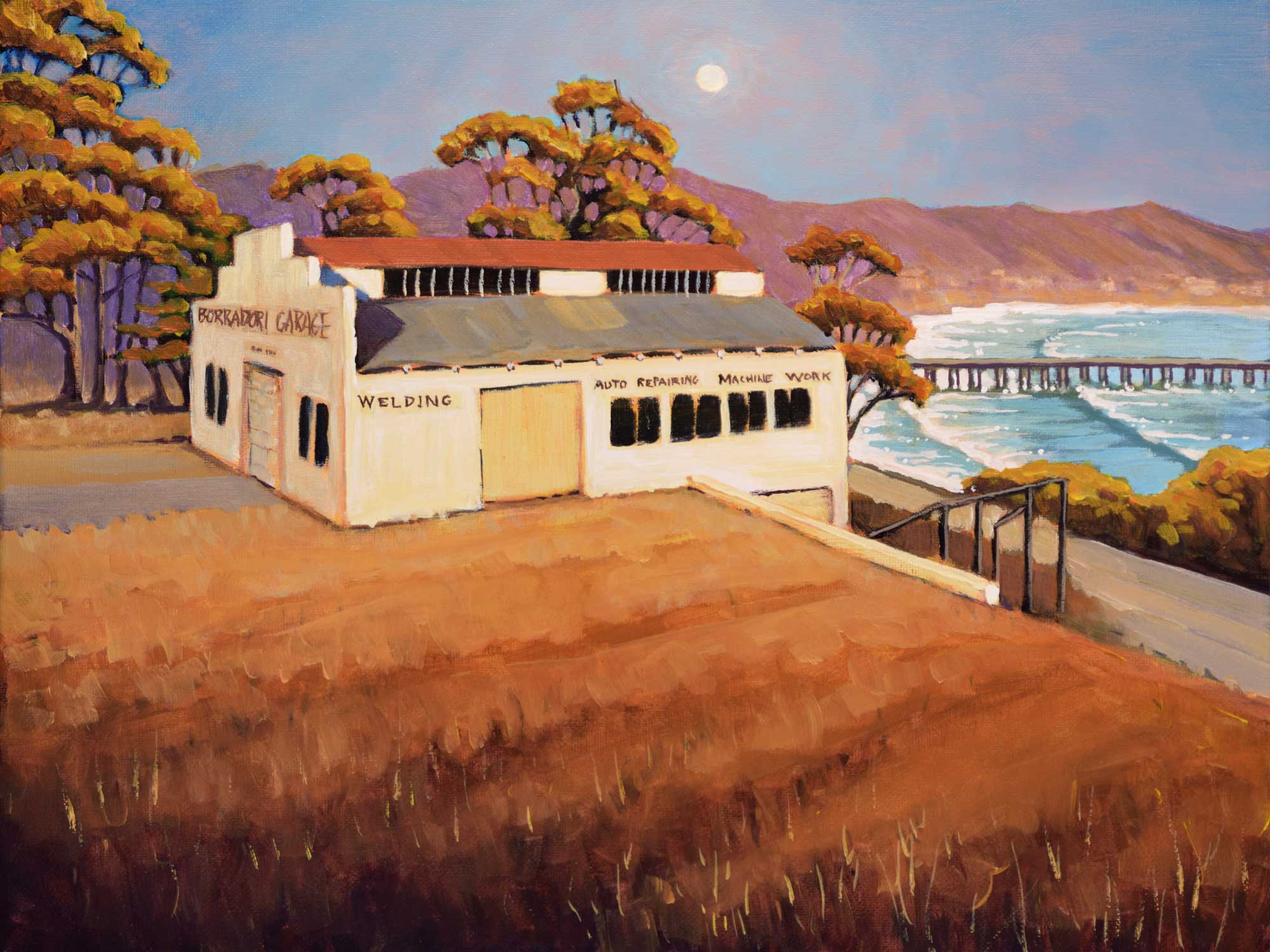 High tariffs in the newfound Kingdom of Italy in 1865 led to a large number of dairy farming Swiss-Italians to come to the US and eventually settle around this town. This coincided with the massive droughts that had just collapsed the large cattle ranches that dominated the California coastal landscape until that point.

After the drought, small dairy farms became a viable reality and by 1880, Italian was the dominant language in this small town. And to this day the Italian influence can still be seen with icons like the Borradori Garage, (established in 1932 by Sam Borradori) standing watch over the pier that was originally built in the 1870’s to facilitate shipping of the local dairy products.

It’s a peaceful setting, not at all what another notable Borradori namesake, philosopher Giovanna Borradori writes about in her volume “Philosophy in a Time of Terror”. The title of this painting, “La Meccanica in un Momento di Pace”, is Italian for “Mechanics in a Time of Peace”, an inverted nod to both Borradori’s. What is more opposite of terror, than peace? What is more opposite from philosophy than mechanical repair? Maybe that one’s not as obvious as the first, but I’m sure a case could certainly be made* over a beer or two while standing on top of my van watching the full moon rise in the soft summer evening light.

*Full disclosure: I hold a minor degree in philosophy so standing around on an incredibly useful mechanical vehicle while arguing about incredibly useless subjects is something I consider not only good sport, but also an art. Cheers.