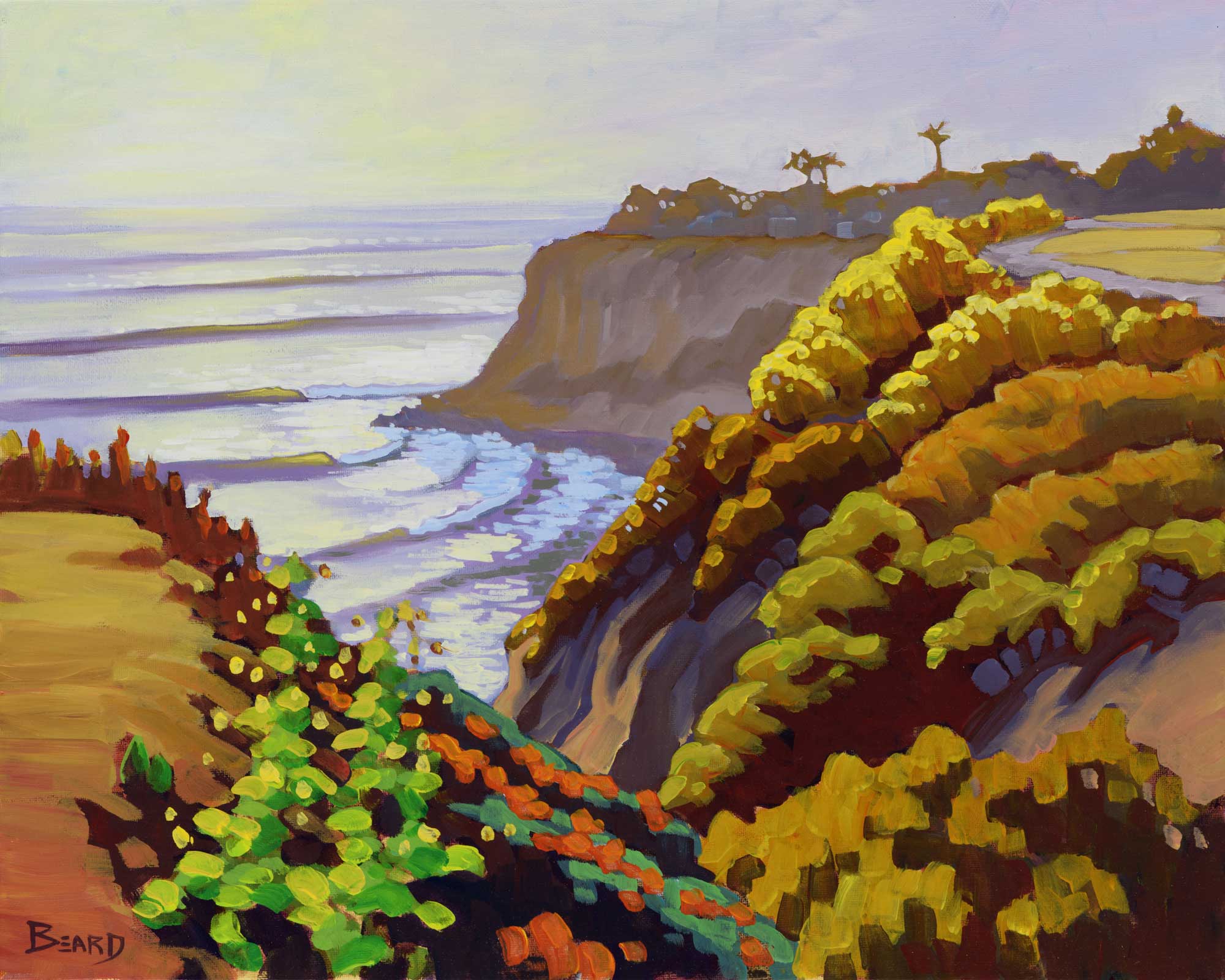 Started this one a bit later in the afternoon than I typically would, after traversing the madness of the L.A. freeway complex, so I was part exhausted, part fired up to be out of the madness, and still in a rush to race the daylight.

Turned out to be a very enjoyable paint session, in spite of the occasional suspicious glares from the local crew driving by to check the surf. Maybe that was part of the fun, it’s all a part of the fabric of this place and I wouldn’t really want it any other way. Localism is wrong. And it’s the best thing ever. I don’t mind the dichotomy at all.

Somehow the ugly behavior of some of those who live here toward those who don’t has helped to preserve a beauty that would otherwise be lost. There are points both north and south of here that bear witness to this reality.

It’s unfortunate that it comes to this, but here we are, and it’s another beautiful evening in California.